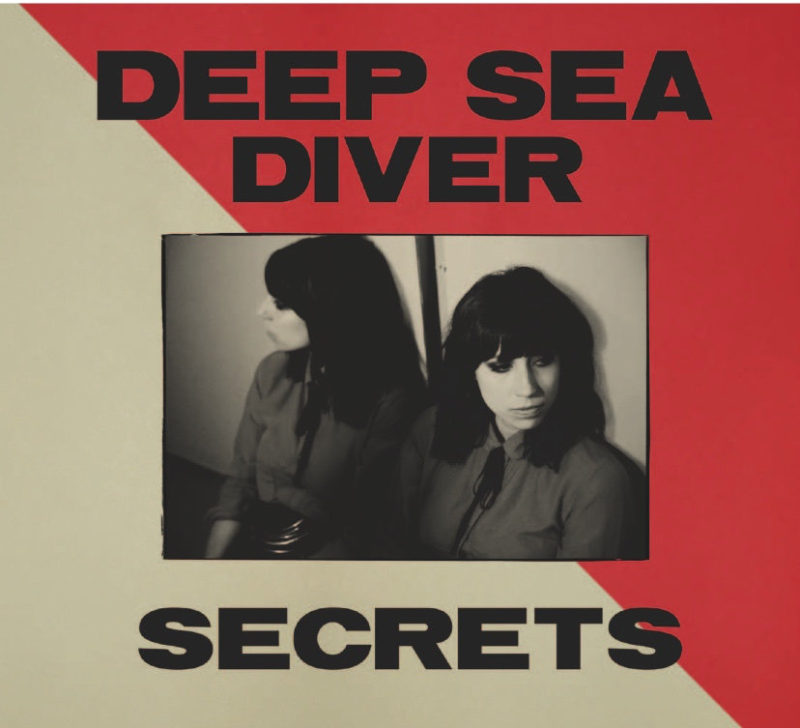 Much has already been said of Deep Sea Diver’s Jessica Dobson and her arms-length resumé, so let’s just assume you can readily find all the other A-listers she’s worked with. The lady’s got chops, that’s for sure. But frankly, where it’s most evident is here, on Deep Sea Diver’s sophomore full-length release Secrets, out February 19th, on the band’s own High Beam Records. And she’s certainly not alone. Now quite firmly ensconced in the four-piece that includes husband and drummer Peter Mansen, bassist Garrett Gue and guitar/synth mastermind Elliot Jackson, Dobson seems to have found a home that both fits and features her true talents as a frontwoman.

Right off the bat, with the opener “Notice Me,” we’re confronted by Dobson’s striking guitar work, its mid-tempo angularity twisting and turning right along with her equally bending vocals. The track is haunting without being a downer, setting a balanced pace for the rest of the album. These are pop songs cleverly bathed in moody grit and instrumental prowess. “Wide Awake” indulges in a two-minute feedback-laden guitar solo before Dobson’s scathing voice tears down any notion of playing nice.

“Creatures of Comfort” sees Dobson and James Mercer harmonize for a twinkling, 80’s-tinged pop beauty that again twists just enough weird notes into the mix to keep it from getting too saccharine. But soar it does, whether the band is aiming for it or not. Then “Great Light” turns the tables with the tender question, “I still need your love/do you need mine?” It climaxes with a gorgeous piano, where a few simple notes manage to break your heart.

The latter half of the album plays even further with pacing, throwing the sparse, crooning “Always Waiting” into the guitar-shredding affair, and the closer “New Day” takes layered piano pop to a whole new place. This recurring theme of duality is where the brilliance lies for DSD. One second there is brilliantly-constructed, radio-friendly pop, and the next there are stabbing guitars and warbling vocals that throw it all off, ultimately sweeping into a totally listenable record with enough side roads to keep you coming back for more.

(Secrets is currently streaming exclusively via Consequence of Sound via this link. You can preorder the record via Deep Sea Diver’s Bandcamp page, and stream its title track below.)