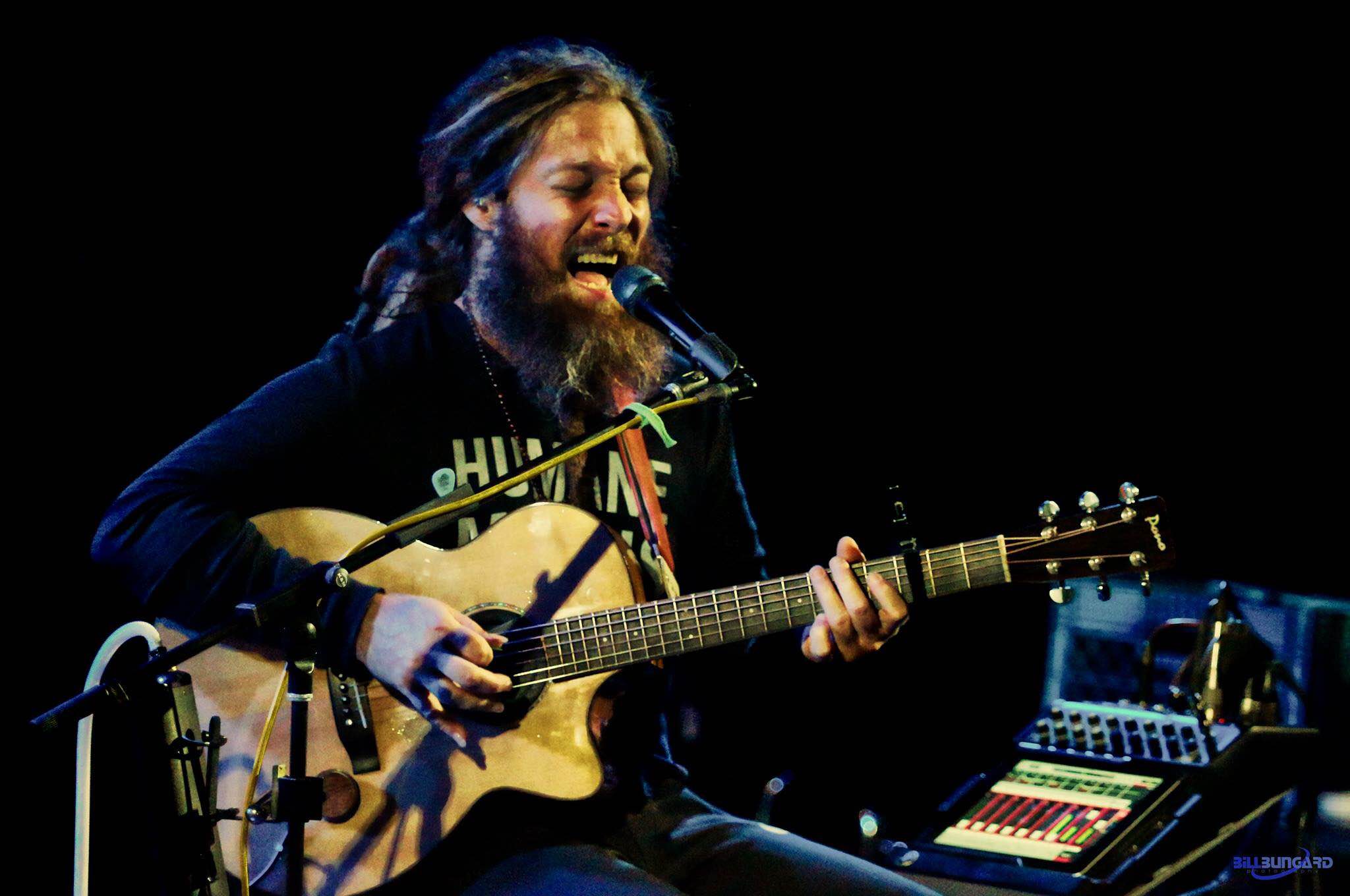 The place to be Thursday night was definitely Jazzbones in Tacoma, where the atmosphere was filled with good vibes and a great lineup of music, which certainly didn’t disappoint. In a really nice touch for the evening, there was a live artist working on a seascape painting in the background throughout the performances, which added to the relaxed atmosphere of the night.

We started off with the northwest’s own Sarah Christine. Her soft and sultry voice lends itself nicely to her style which has a nostalgic feel, a bit of an island touch, topped off with a bit of blues and indie folk influence. It is unique and spicy. She exhibits a true sense of passion in her work that really shows in her music. I highly recommend checking out her album Whatever It Takes or checking out the video for the song” By the Sea.”

Next up was Tacoma’s own Vicci Martinez, who seemed to instantly mesmerize the audience. From the first note, she appeared smiling, comfortable and in control. Her style is a recognizable acoustic rock and pop mix, one which has made her well-regarded by fans and musicians alike. She has some serious guitar playing chops, which were on full display that night.

Her diverse musical talents shone through during her performance when she grabbed the bongos and played along, and treated us to some magnificent violin-playing as well. The audience clearly knew her music and were enjoying themselves, and of course this is for good reason; she is a truly talented musician and an exceptionally strong live performer. Much of the night included songs from her 2015 album I Am Vicci Martinez, as well as some of the older favorites like “Come Along.”

Finally, to top off a night of love peace and good music was Hawaii’s own Mike Love, who combines a traditional reggae beat with a bit of an electronic sound thrown in occasionally to create a unique sound that sets him apart from other artists. With the house on its feet dancing and swaying beginning right out of the gate with the first song, the atmosphere was electric. The crowd was singing along to its favorites like “Permanent Holiday,” “Jahwakanings,” and “Let the Healing Begin.”

Mike delivers a powerful and fun performance which, if you close your eyes for just a moment, transports you to a sunny island beach while singing about the issues that are important to our time. The night provided a much-needed escape to a musical retreat for the packed house that came out to enjoy it.

Tara Woods is a northwest native who lives in Auburn, WA. She's always had a passion for music that she looks forward to sharing with all of you. While she considers herself to be a rocker at heart, over the years her musical tastes have branched out in all sorts of different directions. She likes to attend a few large concerts a year but she's always had a lot of love for the unique local music scene we have here in the northwest. Her focus for Northwest Music Scene will be just that, as she intends to really focus on up and coming musicians in the area.