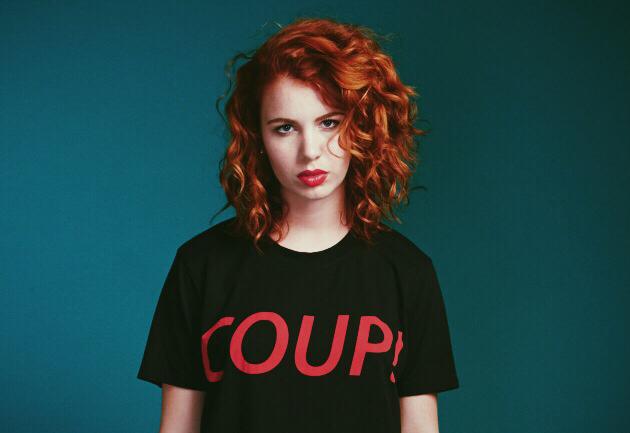 Grace Mitchell is a force to be reckoned with. After taking over CMJ, performing with JoyWave on tour, and having “Jitter” crowned “World Record” by Zane Lowe – she continues to dominate with her recently released RACEDAY EP. Portland-raised Mitchell opened for The Weeknd at Apple Music Festival (see her performance of “Raceday” and “Nolo”), and has her debut RACEDAY EP out now. Signed to Republic Records in 2013, Grace officially entered the race with her cover of “Maneater,” which appeared on the soundtrack to the critically acclaimed film “The Secret Life of Walter Mitty.” Her debut EP, Design, got the blogs buzzing in 2014 with tracks like the single “Broken Over You.”

We had the chance to chat with Grace as she just starter her tour along St.Lucia, and is heading to Seattle on March 2nd at the Showbox Market. She was on her way to Kansas City after playing her first show with them in Minneapolis the previous night.

NWMS: So how’s that tour going so far?

Grace: Well today is our first day of driving so we’re just starting off and we’re almost in Kansas City.

How did the first night go?

G: We added a couple of new songs to our set, and that threw us off a little, but we were covered in the end.

I think that’s normal when you play that first set of the tour. You’re from Portland originally, do you still live there?

G: I moved to LA in August.

How do you like it so far? Enjoying the sun compared to this here?

G: I love it, it’s fantastic, everything is so much better.

How did the whole music start off for you?

G: I start playing guitar at a young age, and songwriting a little earlier than that.  I always appreciated being around music, my mom was very musical and was very supportive of me pursuing music.  I start performing in the small town I grew up and just really kind of took to it and everything fell into place.  I start working with Richard Swift, who is kind of an indie celebrity among musicians.  He was my next door neighbor and he recorder my first acoustic album and that ended up being circulated to LA and that’s where it all began.

Who did you draw from growing up that influenced your style?

G: I almost exclusively listed to Tori Amos and Alanis Morissette almost every day of my life.  They are hugely inspiring to me as well as Fiona Apple, Kate Bush, Paula Cole, Joni Mitchell, Rufus Wainwright.

How did the collaboration come with Mark Foster?

G: It kind of happened in a political way, we share publishers and we had a chance to meet and after start writing songs together. We ended up writing the whole EP together, he’s great, we’re kind of like siblings now it’s funny

So you’ll continue to work with him for the whole album?

G: Probably we’ll work together for it and some more along the way, I think he’s brilliant.

So did you start touring with JoyWave for the first time?

G: They are great, they are hilarious and really fun.  It was a great tour, and I wish to have many more tours with them, or of that quality.

How does your songwriting process work?

G: I write with a lot of other producers, artists, songwriters now, but I always prefer to write by myself and then have others collaborate on it with me.

How long are you touring with St. Lucia for?

G: This will be about two and a half weeks and then I’m going to SXSW for the first time.

What do you think about touring?

G: Being on the road that lifestyle is fun and spontaneous, you see a lot of things. It’s great to spend time with your band and the headliner and just hang out and enjoy the fruits of your labor after you’ve had a good show.

What was the hardest thing for you?

G: Probably not being able to sleep in my own bed every night and staying at hotels and on the bus.

While on tour did you draw on that to write more or was it harder to have your own space to create?

G: When inspiration comes, it’s easy to get in a room by myself and then come back to reality. I did write material.

What are your hobbies when you’re not occupied with music?

G: Hiking, reading, painting, and hanging out with my friends.

What is in the works this year?

G: We’re trying to wrap up this album and then probably go on tour. That’s a little ambiguous right now because for the moment I’m focusing on this tour.

How is being on tour with St. Lucia?

G: I’ve met them a few times before and opened a couple of shows for them and I think they’re great and fun

Well can’t wait to see you in Seattle on Wednesday for your first show here!