Make sure you are checking the #100Bands100Days hashtag on Twitter on a daily basis to stay on top of all the bands featured and be sure to follow Verity and NW_Music_Scene on there. Some days the featured act could be an established and locally-adored northwest-based musician and other times they could be a band with a small following that just hasn’t had their deserved time in the spotlight yet. Either way, we’re fairly confident you can come away from this daily segment with plenty of new favorites. Today’s featured act is Static Shore.

With one foot planted firmly in the sand of a beach at sundown, the other in rainy, tender lonesomeness, Seattle’s Static Shore elegantly wrap their signature approach to synthpop in a glowing sheen. Favoring the moodiness afforded by twinkling synthesizers and gentle drum machine beats, vocalist/co-producer Shannon Alexander and co-producer Eric Smith effortlessly conjure a musical world apropos for endless nights spent in maudlin, heavy-eyelids dispositions.

Following a promising trilogy of EP’s, dropped once a year from 2016 to 2018, Static Shore made their mark on 2019 with the release of their concise and sharpened debut album, Panikon. Groundwork laid by earlier-decade contemporaries such as Empress Of and pre-Art Angels Grimes manifest in Panikon’s thick atmosphere and dense synth layering, but Static Shore distinguish themselves with Alexander’s invitingly cogent lead vocals, as well as their expansive, enveloping soundscapes. 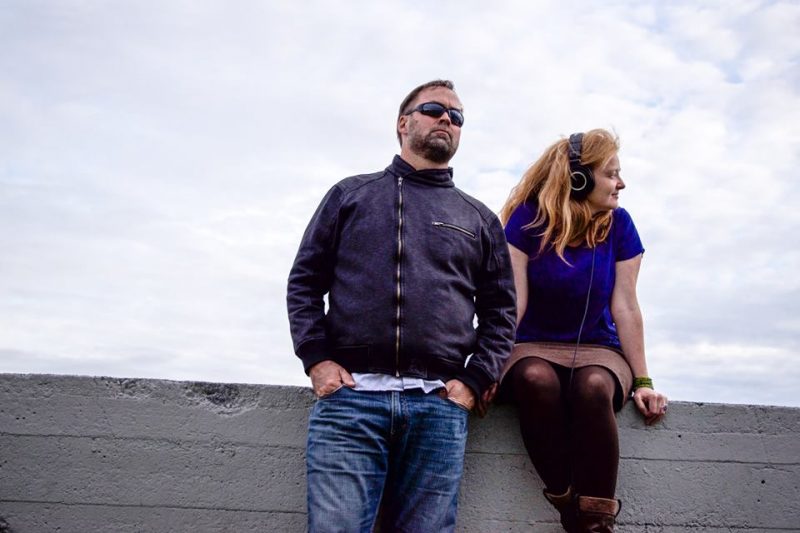