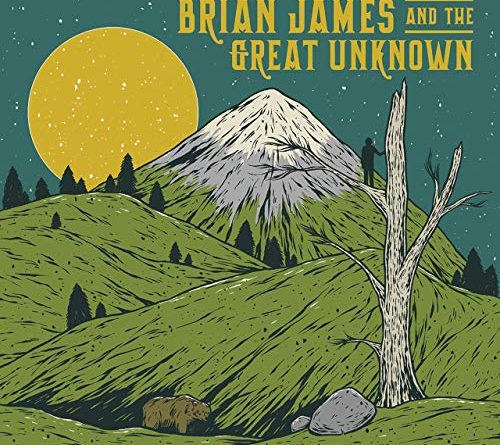 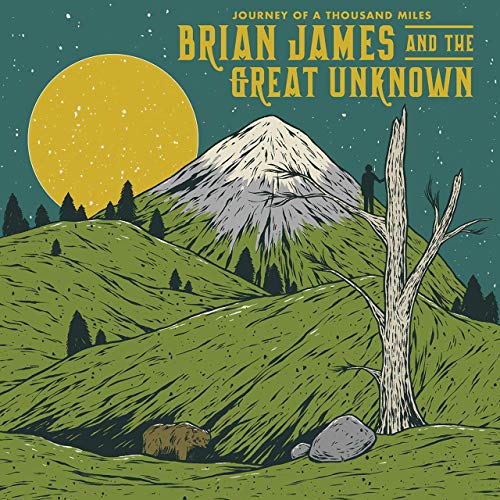 Northwest singer songwriter Brian James took the Chinese proverb to heart, first by leaving behind the small town of his birth and second by forming a band of like-minded fellows in Seattle to craft his third studio album, Journey of a Thousand Miles. The big man from Montesano has a voice that’s equal parts light and dark and the strong song writing skills of a lyrical troubadour in training. His eight song EP released in December 2019, is also equal parts intimate and extroverted. James uses his strong vocal skills and guitar playing to deliver a set of easily accessible pop driven Neo Soul. Saxophonist Tyler Rogers plays the perfect foil, adding gritty lead lines that spice up the funky grooves laid down by drummer Cyrus Zerbe. And a reflection of the new DYI economy of indie music, the agile Jim Barnes delivers both keys and bass, rounding out the quartet of Brian James and the Great Unknown.

The opening title track is an easily accessible anthem of self-determination over a groove that owes a debt to the Dave Matthews Band. The funk continues with a clever bit of lyricism about first world problems on “Keeping Up With The Joneses.” James demonstrates his range on the sultry poem of admiration, “Taken,” doing his best Luther Vandross. The breezy “Somebody’s Someone,” is a call to arms for us all to reach out and dare to love. James whispers in his lover’s ear on the piano driven ballad “Sanctuary.” Northwesterners will connect with his assertion of rain in the winter time that keeps us indoors. Zerbe blows out his seriously sick drumming chops on the time shifting “You Got Me Like.” The full ensemble sound comes to fruition on the dynamic track “Shame.” James propels the final track of the album, “Trying To Breath Underwater,” with his acoustic guitar and fiery vocals while the band backs him up with muscular punctuation. The strong offering should help Brian James and the Great Unknown make their mark on the northwest music scene and take those next big steps on their journey.

(Check out ‘Journey of a Thousand Miles’ via Spotify below and get more info about Brian James and the Great Unknown HERE.)