Make sure you are checking the #100Bands100Days hashtag on Twitter on a daily basis to stay on top of all the bands featured and be sure to follow Verity and NW_Music_Scene on there. Some days the featured act could be an established and locally-adored northwest-based musician and other times they could be a band with a small following that just hasn’t had their deserved time in the spotlight yet. Either way, we’re fairly confident you can come away from this daily segment with plenty of new favorites. Today’s featured act is Mister Blank.

Mister Blank is an eight piece super-ska-punk band formed in Seattle by friendly eccentrics hailing all over the US and Canada, bringing a unique contradiction of apologizing rude boys that bring it every show, every time. Having previously played together in other bands for several years all over the Seattle area and west coast, Mister Blank is now ready with newly recorded infectious tunes to drive you crazy in the best way. Who is Mister Blank? Come find out!

Mister Blank has toured the U.S. west coast and shared the stage with bands such as The Mad Caddies, Save Ferris, The Toasters, Voodoo Glow Skulls, Buck-O-Nine, and Be Like Max. The band has entertained crowds at festivals such as Hempfest and Weedstock and appeared on KUGR Cougar College Radio.

As you can see from bio posted above from today’s featured band that they are a band on the rise. Easily one of the funnest sounding bands we’ve received this year, the energetic ska beats are going to hook you and have you wanting more. Have a listen to “Go Doctor” below and settle in for a wild ride as this eight-piece ensemble flexes their musical muscles. 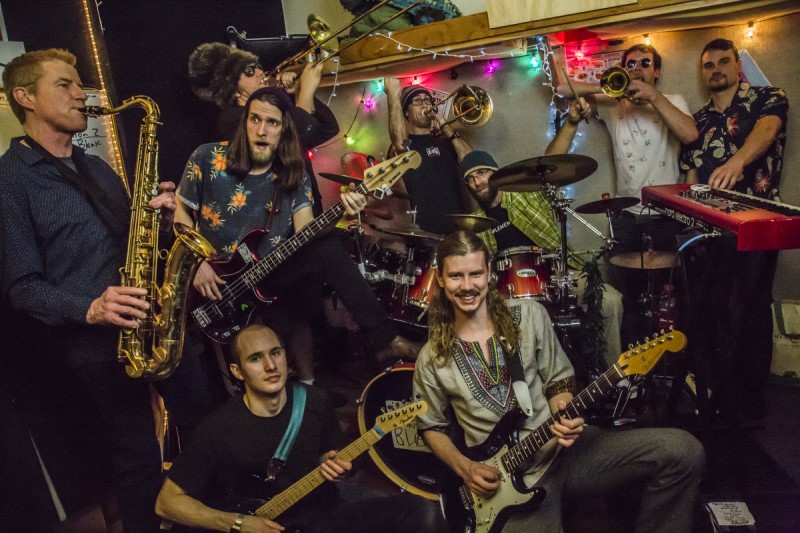