Make sure you are checking the #100Bands100Days hashtag on Twitter on a daily basis to stay on top of all the bands featured and be sure to follow Verity and NW_Music_Scene on there. Some days the featured act could be an established and locally-adored northwest-based musician and other times they could be a band with a small following that just hasn’t had their deserved time in the spotlight yet. Either way, we’re fairly confident you can come away from this daily segment with plenty of new favorites. Today’s featured act is Damien Jurado.

Earlier this year we reviewed the latest release from today’s featured artist, Damien Jurado, and it’s another northwest album that has stuck with us throughout the year. Give it a listen below, pretty sure you’re gonna love it!

If last year’s splendid The Horizon Just Laughed is seen as a goodbye, then Damien Jurado’s new record, In the Shape of a Storm, is best understood as a new beginning. Recorded in a few hours, Jurado’s simpler, acoustic approach (and first for Mama Bird Recording Co.) lands direct. The posh, soft rock orchestration glaze found on Horizon is traded for a narrator retracing his steps. Arguably more autobiographical than Horizon, Storm addresses the newness of relationships, locale, and moving on. Recorded prior to the passing of friend/collaborator Richard Swift, Jurado’s concern for his friend and others are imprinted with heavy, textural brushstrokes among tremendous, metaphorical and literal weight.

Haunted opener, “Lincoln”, repeats “nothing to hide” amid vapor ridden hollows. Jurado shapes the premise of goodbyes and being removed by pointing to previous darkened walkways. His new beginnings are laced with secrets, ill-fated timing, and isolation. He comments his “praises and prayers were all sent back” and “heaven is full of people who belong”. Follow up, “Newspaper Gown” is a poignant study in-of-itself and confronts Jurado’s unwillingness to fail. “South” travels hillsides under a spell of early Leonard Cohen as Jurado shapes childhood memories into allegorical visions, ending with a foreboding whistle.

After a month length of listens, Storm is best appreciated as a painting or sketch of Jurado’s mood. At times, begging for flashes of colors, as his gray scales cloud the cracks of light readily available, In The Shape of a Storm seeps from the stitching of canvas and offers both the ordinary and mystery we tug at. 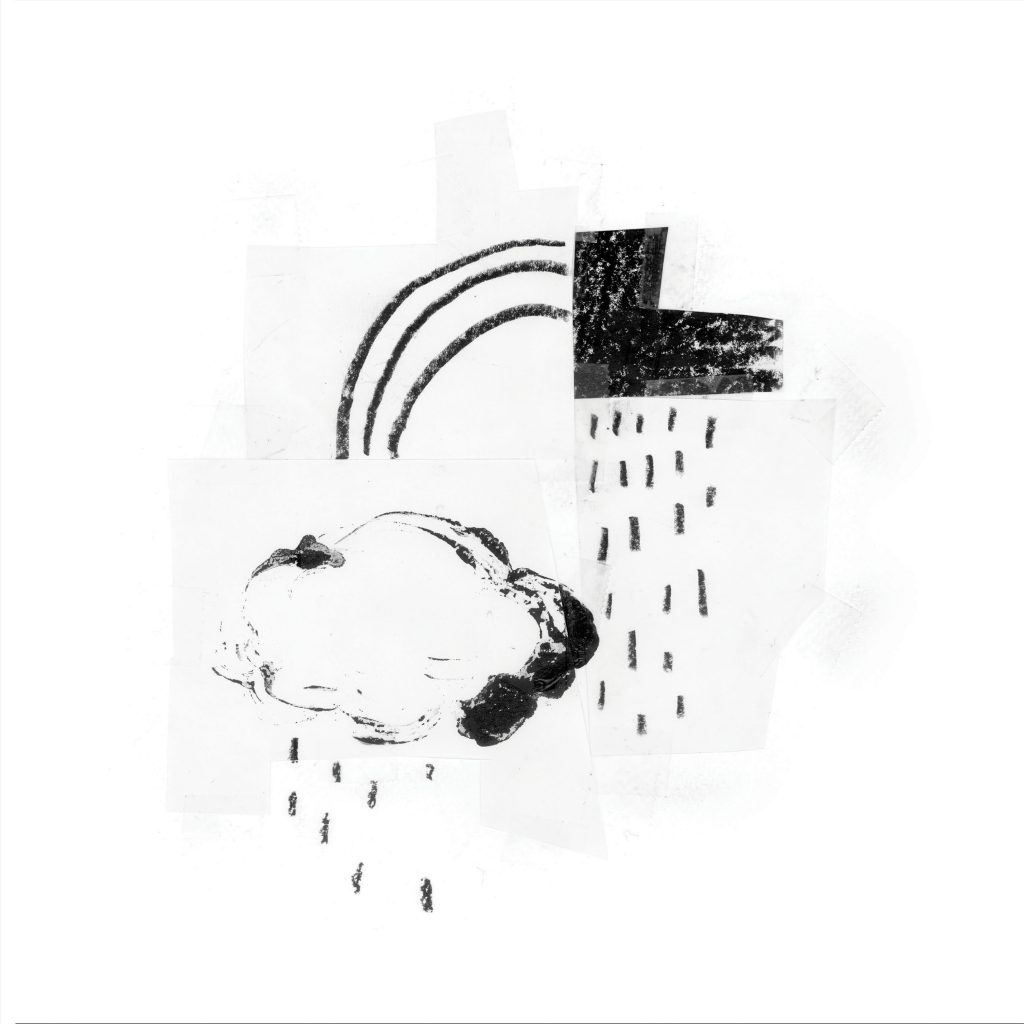