Music fans of the Pacific Northwest, hello and welcome back to our third annual year-end daily countdown, 100 Bands in 100 Days, where every day until December 31st, we’re showcasing a new band or artist you have to know about, presented by Verity Credit Union. Follow the #100Bands100Days hashtag on Twitter to stay on top of all the bands featured and make sure to follow Verity on Twitter as well. Some days the featured act could be an established and locally-adored northwest-based musician that perhaps you haven’t been turned onto yet, and other times they could be a band with a small following that just hasn’t had their deserved time in the sun yet. Either way, we’re fairly confident you can come away from this daily segment with plenty of new favorites. Today’s musical offering is a band called Blackheart Honeymoon that calls Seattle home. 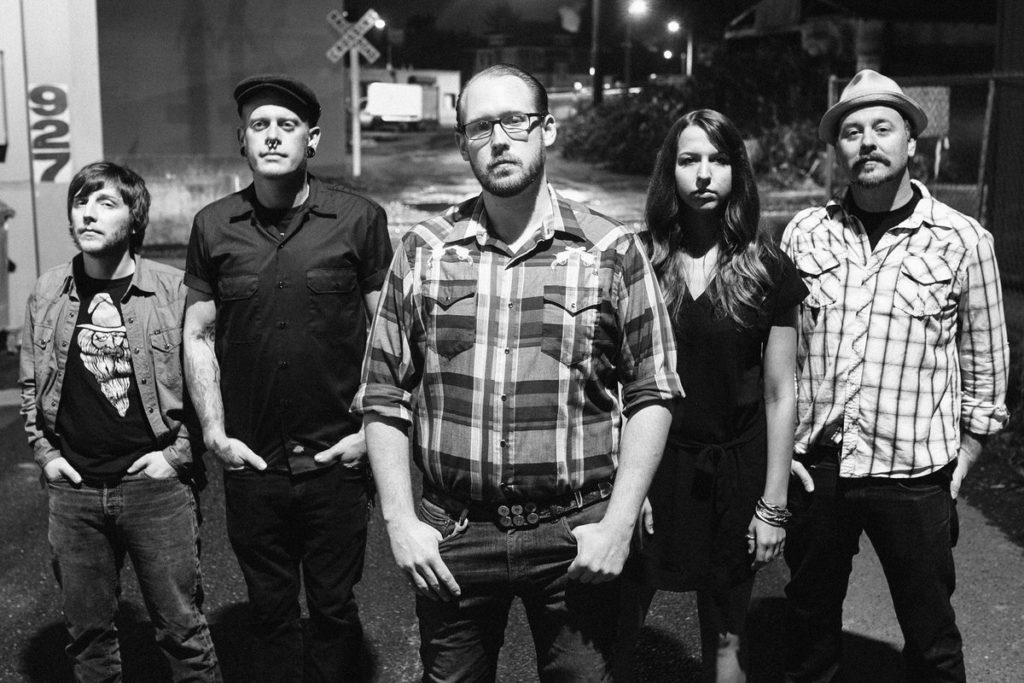 Blackheart Honeymoon has developed an energetic blend of Americana, indie-folk and a dash of country, using beautiful harmonies  as a way of delivering their message.  You’d be hard-pressed to find a more beautiful song anywhere than you would with “Mountains Speak” which is the title track from the band’s 2015 release.  The haunting steel guitar sound matched flawlessly with soulful harmonies is a potent combination for sure.

Blackheart Honeymoon is a genre-bending quintet that got its start in 2011 and finds its roots in Americana and folk, yet brings modern elements of post-rock and indie-pop into the mix for a unique and palatable sound that feels simultaneously classic and unparalleled. They’ve played numerous shows around Seattle and the surrounding areas in the half-decade they have been together.

In 2013, the group released a six song EP, Nothing and Everything Else, recorded at Killroom Studios in Georgetown, WA, with producer Bennie Jenkins. 2014 found Blackheart Honeymoon being selected by Band in Seattle to participate in the premier season on CW11. The episode aired in March, clad with live performances at Victory Studios and interviews with band members.

In 2015, the group partnered with Jenkins again to record and release their first full-length record, Mountains Speak, receiving high acclaim and radio play across the country. Shortly thereafter, the band partnered with the Marcotte Brothers and Delany Moghanian to record and release a music video for “Bodies,” which later became a selection for the 2016 ITSA Film Festival.

Later in 2015, Blackheart Honeymoon partnered with Lost Hymn Recordings to record the single “Rest in Bone” at Bear Creek Studios with producer/engineer Jerry Streeter (The Lumineers, Brandi Carlile, The Walkmen). Watch that one below

In 2016, the band continues to hone and perfect their sound and approach to songwriting, completing many new songs in preparation to record a sophomore album and we are looking forward to hearing the finished product. With a sound like theirs, it seems the sky is the limit.