Make sure you are checking the #100Bands100Days hashtag on Twitter on a daily basis to stay on top of all the bands featured and be sure to follow Verity and NW_Music_Scene there. Some days the featured act could be an established and locally-adored northwest-based musician and other times they could be a band with a small following that just hasn’t had their deserved time in the spotlight yet. Either way, we’re fairly confident you can come away from this daily segment with plenty of new favorites. Today’s featured artist is Champagne Honeybee.

Champagne Honeybee is Seattle singer-songwriter, Rani Weatherby, her trusty ukuleles, and talented backing band. They have performed their unique blend of jazz, funk, and ukulele soul across the Pacific Northwest, Midwest, and East Coast. Rani fulfilled a lifelong dream of performing in her birth city of Kolkata, India for the first time this year, through the US Consulate. Upon her return, her story was featured on King 5’s Evening television program. In April, the band was commissioned to write and record an original radio commercial for Verity Credit Union, which is in rotation on Seattle’s Movin 92.5 FM. Champagne Honeybee has released two EPs of original music, and is currently recording a full-length album, which they hope to release in 2019.

When we start discussing all of the great female singers that call the northwest home these days, a name that should be very high on anyone’s list is today’s featured artist, Champagne Honeybee. Over the last few years she’s made a name for herself through a lot of hard work, allowing herself to go where the music takes her and being gifted with an powerful, angelic voice certainly doesn’t hurt either. Earlier in 2018 we premiered her fantastic official video for “Wrong Turn,” a bluesy ode to good love seemingly gone real bad, which finds Weatherby letting her voice soar above the clouds, backed by a dynamite horn section and a full band with all the trimmings. If you haven’t heard of her and her top-shelf band before today, you’re welcome.  Have a listen below, we’re sure you’ll become a fan instantly. 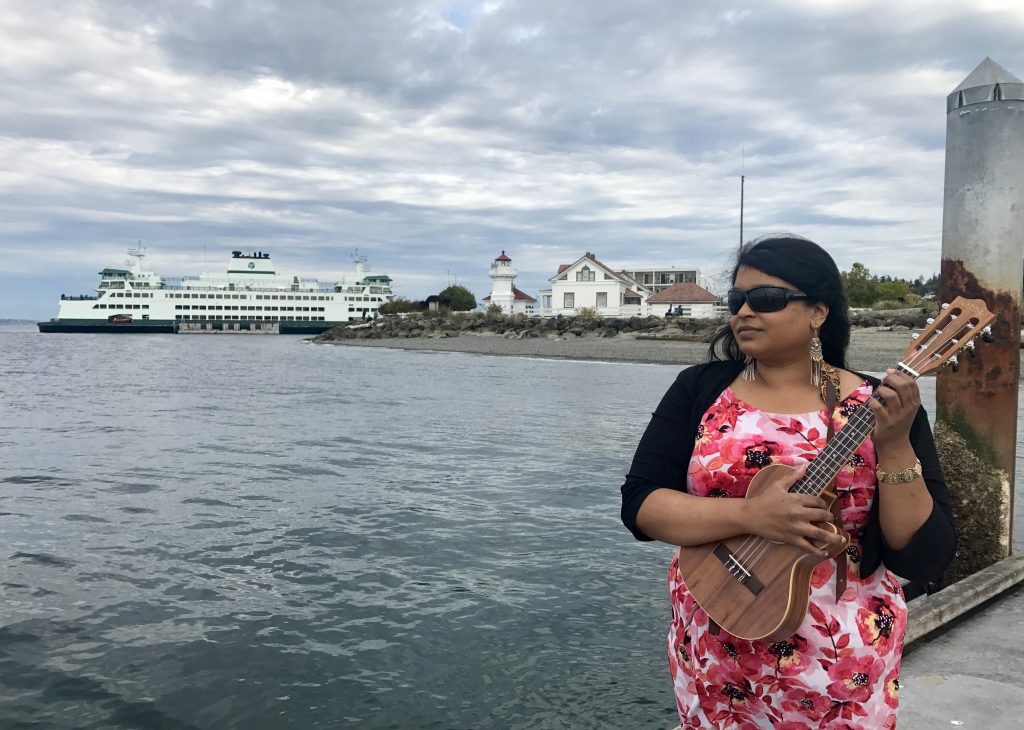 Champagne Honeybee will be playing at Cursed Oak in Seattle’s Belltown neighborhood on November 29 from 10:00 – 11:00 (at night). You can get a little more info here or here.