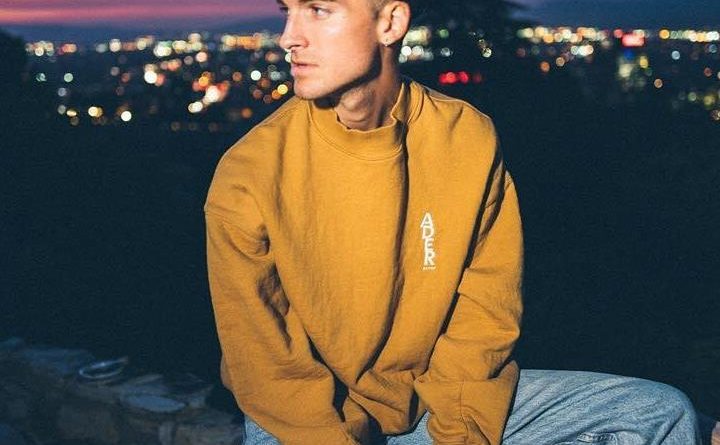 We had the chance to chat with Gavin Haley about touring, following your dreams, and becoming the person who you were meant to become. You can catch him live at Barboza on the 26th with XYLO and Corey Harper. Get show details HERE.

Haley: I just picked an orange from my friend’s tree and getting ready for our LA show tonight. We started the tour in Northern California then traveled south and taking a few days for Thanksgiving and then going back up again for Seattle and Portland.

NWMS: How is the tour going so far?

Haley: It’s my first ever tour and I didn’t know what to expect but it’s been a blast being able to play for people and seeing their reaction. I haven’t played before in these areas and when you see people singing the words along is the craziest feeling.

NWMS: Is touring different from what you thought it would be? What’s been hard?

Haley: For what I’m doing it’s been really nice, we’re with a great group of people who enjoying playing for the fans. I have a pretty extreme diet so staying true to that has been a little difficult when you’re in the middle of nowhere and stopping at gas stations. When everyone is going for food, I’m going grocery shopping, usually something I thought that would be a little easier. Also, even though you’re not playing every night keeping your voice ready to go. It’s easy to play a show and then stay up after talking and then the next day your voice is trash. Keeping yourself well is something I didn’t think would be this difficult. Sleeping six hours a night will catch up to you after a couple of days.

NWMS: How did you start off with music?

Haley: I’ve always loved music my whole life and when cycling was coming to an end for me, I started writing about those feelings and shortly after, I realized that music was what I wanted to do. When I moved to LA a couple of years ago that’s when I first started writing more. I don’t like classifying what I make under one genre because I’m inspired by what is going on in my head and I like to think that I make music that everyone can listen and feel good to.

NWMS: It feels like a huge change to jump from racing bikes to a music career.

Haley: It was, but it was one of those things that I knew I was passionate about for a while. The last year that I raced bikes I almost dreaded it because I knew that was coming to an end and it was something I had been so passionate about. In that sense I feel very connected to people because we all have to make hard decisions in life but at the end it got me to where I wanted to be so I’m happy to be here.

NWMS: It’s great that you realized that because choosing a path is hard and scary sometimes and a lot of us don’t make that jump in life.

Haley: Exactly, a lot of people ignore it but you have to push yourself in order to better yourself and grow. It’s easy to get caught in a situation but if most people were conscious in the moment and said this is what I need to grow as a human the outcome would be very different for many.

NWMS: Did you play any instruments growing up?

Haley: My oldest sister played the piano and we were very involved with church as a family so I was in youth group growing up and messed around with the piano too. I picked up the guitar when I was sixteen and start to sing more but previously I was involved with the choir as well. I probably would’ve been more involved at a younger age but the level I performed at in cycling really did consume my life. I was living in Europe at sixteen racing for the US national team so I didn’t have much time for much but when I did pick up the guitar it was a lot like therapy.

NWMS: You don’t have to be writing music for years in order to create something powerful, people are different.

Haley: I agree, I might not have a long background but creating what I feel and moving people is what inspires me. When I realize what music does for other people and the power you have when you realize that, it’s almost scary. You can sing about things that can help other people through some situation.

NWMS: What are your plans coming up?

Haley: I’m going to be finishing up this tour this month then I have a single coming out next month that I’m excited to share with my fans. After that we’ll be announcing the release of my debut and I’m thrilled about that since I have so much material and worked really hard on getting it finished. Then I will be out on the road for most of the year touring.

NWMS: How was the process recording the debut?

Haley: I have a few people that I like collaborating with on my music. When I moved out to LA I learned a lot about production, writing everything on my own, working on every little detail and creating what I wanted. When I realized there were others who shared the same passion for creating, collaboration made sense. It depends on the situation though, most of the time I start with the music and the lyrics come afterwards.

NWMS: How did the tour come about with Corey and XYLO?

Haley: Corey was one of the first guys I met when I moved to LA, we met in a coffee shop in Venice, and he introduced me to people at the Winston House. We stayed connected and after I signed my record deal months ago our managers communicated and it felt right to tour together. I’m really blessed to be where I’m at opening for him and the fans are great.

NWMS: I read that you were injured while in Europe and were influenced by different music scenes there. What was that like?

Haley: I had a horrible injury when I was sixteen and it was so bad that I couldn’t fly back and I ended up staying with a host family in Belgium for a couple of months. During that time I just immersed myself with the culture and discovered all of this music I had never heard before. I learned how to speak Flemish pretty well and really became fascinated with different cultures and what was out there. It inspired me to get more into the art scene and when I got home after that it was when I really started writing and playing guitar.

NWMS: Do you still ride at all?

Haley: I still like to ride my bike, it’s just a little hard because it takes a lot of time and I have to drive to places outside of the city. It’s easier now to grab a basketball and shoot some hoops for half an hour instead of riding because that could be anywhere from four to six hours at a time.

NWMS: What do you want your fans to get from your music?

Haley: I want my fans to get the truth from me honestly. We live in a time where were look at our phones more than we look at ourselves and consciously be there in the moment. It’s very easy to think that you need to look a certain way or be a certain way and for me it’s all about being yourself and enjoying that moment at my show. I really want to be that light for other people and inspire them to do what they love to the best of their ability. A lot of people are being pushed in directions that are not them and for me I want people to do what they like and be who they are.

NWMS: What other hobbies do you have outside of music?

Haley: Basketball is a big one and I like to follow sports. My brother plays basketball and I’m excited to go see him play.