Music fans of the Pacific Northwest, get ready for our fourth annual year-end daily local music showcase, 100 Bands in 100 Days, where every day until December 31st, we’re showcasing a new band or artist you have to know about, presented by Verity Credit Union. Make sure you are checking the #100Bands100Days hashtag at Twitter on the daily to stay on top of all the bands featured and make sure to follow Verity on Twitter and NW_Music_Scene as well. Some days the featured act could be an established and locally-adored northwest-based musician and other times they could be a band with a small following that just hasn’t had their deserved time in the sun yet. Either way, we’re fairly confident you can come away from this daily segment with plenty of new favorites. Today’s featured artist is Jupe Jupe. 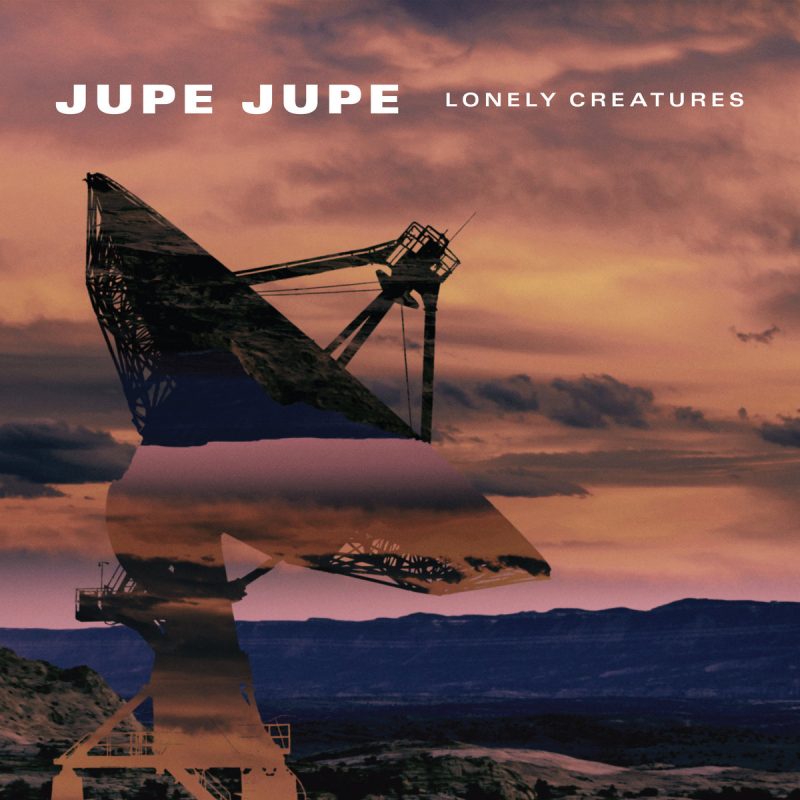 Back in June we premiered a fantastic new song from a new album by an up and coming Seattle band called Jupe Jupe. The band’s sound is of the danceable pop variety but it goes a bit deeper than that with crooning vocals, atmospheric synths, shivering guitars, and driving beats. The Seattle quartet offers a collection of melancholy, hook-laden textures in its latest release, Lonely Creatures—10 hauntingly striking songs about isolation, fate, internal struggle, and technology gone awry. Each tune draws inspiration from electropop, post-punk, and ghostly Americana.

The band had this to say about the single that we premiered:

“With “Haunts and Hates,” we wanted to combine post-punk and older Americana to give the music a sort of eerie feeling—almost like passing back in time through some lonely, forgotten ghost town. We used the choppy guitars and synth textures—and built them around a driving shuffle-beat, acoustic strumming, and melancholy vocals to try and capture that vibe. We felt this music would fit best with the lyrics, which deal mainly with regret and how things from our past tend to come back and confront us.”

Check out the official video below for “Faith In What You Hear” off the new album Lonely Creatures.

We’d highly recommend investing the little bit of time it will take to check out the 10 catchy songs on their new album and we’re pretty confident you’ll become a fan. The band is on the way up and with a sound like theirs, the sky’s the limit.

(You can listen to Lonely Creatures below via Bandcamp, and get more info about Jupe Jupe at their website HERE.)