Make sure you are checking the #100Bands100Days hashtag on Twitter on a daily basis to stay on top of all the bands featured and be sure to follow Verity and NW_Music_Scene there. Some days the featured act could be an established and locally-adored northwest-based musician and other times they could be a band with a small following that just hasn’t had their deserved time in the spotlight yet. Either way, we’re fairly confident you can come away from this daily segment with plenty of new favorites. Today’s featured artist is is a talented young act that call themselves Exapsos.

Exapsos is an alternative rock band consisting of 19 year old Leah Raissis, her 12 year old brother Zane Raissis, and guitarist Nate Madera. The sibling duo formed in 2012 after moving from the East Coast. Their influences include Heart, Nirvana, Alice in Chains, and the Stone Temple Pilots. Since moving to the Seattle Area, Exapsos has performed at venues and events such as The Triple Door, Mercer Island Summer Celebration, North Bend Block Party with Spike & The Impalers, New Castle Concerts in the Park opening for Alan White’s (drummer of supergroup YES) band White, SeaFair’s 4th of July Celebration at Gas Works Park, Taste of Edmonds, and various competitions, and community events. Leah’s powerful vocals and robust guitar playing to Zane’s precise drumming skills has gained them recognition in local newspapers such as the Mercer Island Reporter, multiple television appearances on King 5 New Day Northwest, airplay on Hot Jamz Seattle, and The Bridge, local radio stations, and have been reviewed by Northwest Music Scene. They have acquired thousands of views on their YouTube channel due to impart of their eclectic collection of originals and covers. Exapsos’s debut album Unknotted released on January 31, 2018.

Earlier this year we got the chance to interview Leah Raissis, the talented voice that powers Exapsos, discussing how she got started playing, her influences, favorite performers and much more.

Northwest Music Scene: What’s your earliest musical memory?Leah Raissis: The day my parents gave me my first guitar. I was obsessed. I was playing it all day and my fingers were bleeding because my fingers were so weak. I remember running to the kitchen sink putting cold water on my hand and then going back to playing the guitar (or at least trying to haha)NWMS: Do you come from a musical family? If not, where does your talent come from?LR: I don’t come from a musical family. I’m not sure exactly where my talent comes from. I always just loved sounds and music. NWMS: What was the first musical instrument you picked up (or did you sing first)?LR: I picked up the guitar first at the age of 6 and then singing came at 11 and then around 13 I started playing drums. NWMS: What made you stick with it?LR: I loved music from a young age. My parents are very into the arts so they passed on their love of the arts to me.

Check out the full interview HERE and keep a watch out for this one. With talent like hers, the sky’s the limit! 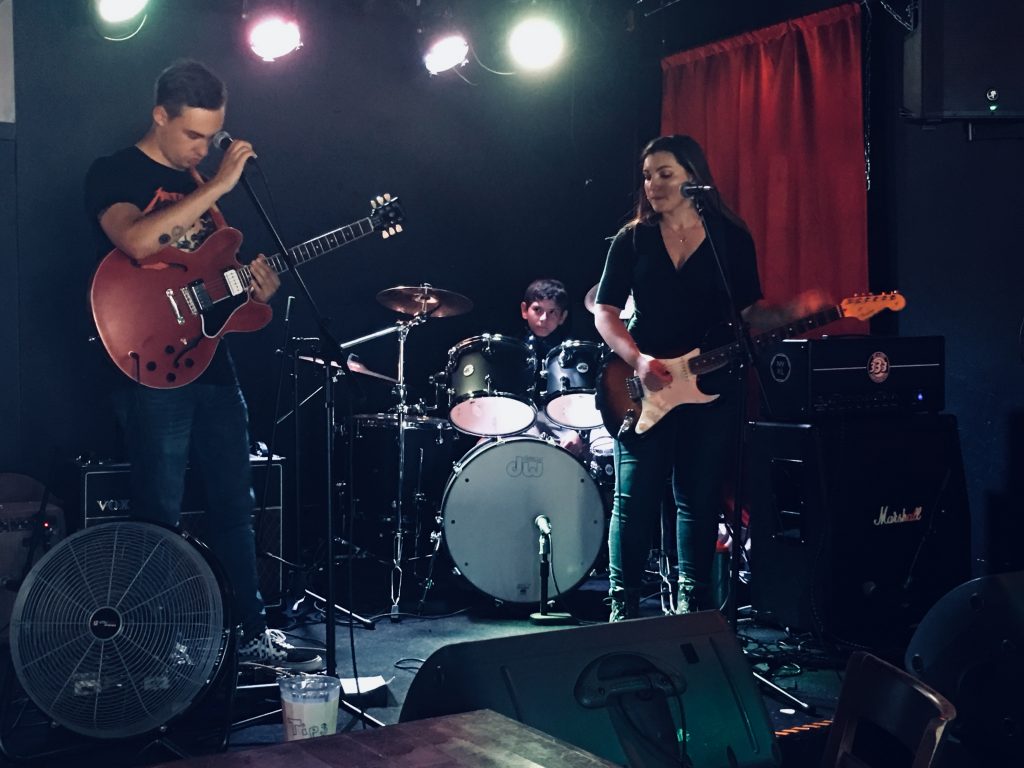 Support the band by purchasing their music HERE.