Make sure you are checking the #100Bands100Days hashtag at Twitter on a daily basis to stay on top of all the bands featured and be sure to follow Verity on Twitter and NW_Music_Scene as well. Some days the featured act could be an established and locally-adored northwest-based musician and other times they could be a band with a small following that just hasn’t had their deserved time in the sun yet. Either way, we’re fairly confident you can come away from this daily segment with plenty of new favorites. Today’s featured artist is Karen Lovely.

Karen Lovely offers up a blistering mix of contemporary blues, blues rock, and American roots music in her albums and live shows. Known for her passionate, driven style, this powerhouse vocalist consistently delivers standout performances – both live and in the studio, garnering awards and critical acclaim throughout the US, Canada, Europe, and South America.

Lovely’s self-released albums (including her newest release Fish Outta Water) have topped national and international blues and roots charts, and made the “Best of the Year” blues album lists for noted publications such as Downbeat Magazine, Roots Music Report, Living Blues and Blues Blast. She is a two time “#1 Pick to Click” artist on XM Radio Bluesville.

If you are looking for a blues artist to rally behind that brings it every single time, whether in the studio on stage, look no further than today’s featured artist, Karen Lovely. You can listen to and purchase her latest release HERE. 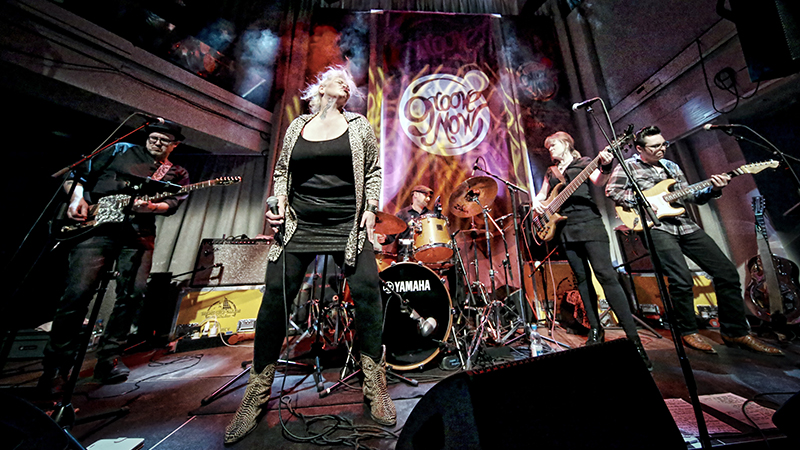 Karen Lovely will be playing at Highway 99 Blues Club on October 19, 2018. Get show details HERE.