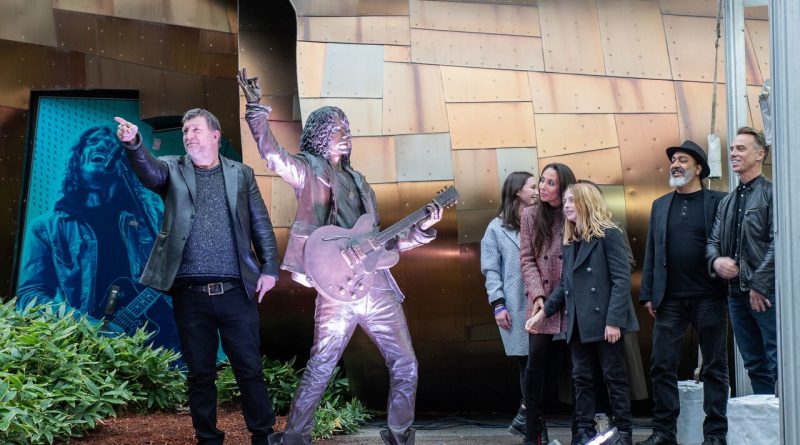 On Sunday, October 7, Vicky Cornell, the Museum of Pop Culture (MoPOP) and the community celebrated Seattle’s son, music icon and late Grammy® Award-winning singer/songwriter Chris Cornell with the public unveiling of a commemorative statue. Following the unveiling, footage of Soundgarden’s performance at The Wiltern, captured by the Artist Den, was screened to a full house inside MoPOP’s Sky Church.

The life-size bronze statue was commissioned and donated to MoPOP by the late musician’s wife, Vicky Cornell. The statue sculpted by artist Nick Marra showcases the rock legend in one of his iconic poses with his signature boots, dog tag, layers and long locks. Located along fifth avenue, the statue is mounted directly to the sidewalk creating an intimate experience for fans with the iconic artist.