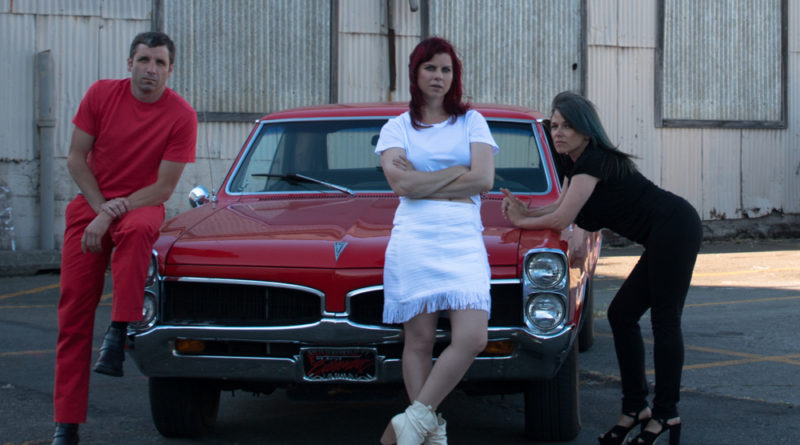 A new radio station is set to showcase the business, art, and cultural heartbeat of North Seattle, with a rockin’ party on Monday, August 14th, featuring The Dead Leaves, a White Stripes tribute band, and a performance from School of Rock Seattle.

KBFG (Ballard/Fremont/Greenwood) is an LPFM radio station that will broadcast at 107.3 FM in about a three mile circumference around the Phinney Ridge area. According to KBFG volunteer and musician Mackenzie McAninch, the station is currently streaming material while they wait for the City of Seattle to approve their tower.

I recently sat down with Mackenzie to learn more about KBFG and its mission.

NWMS: How will this station stand out among so many others in a crowded Seattle market?

MA: It’s mostly going to be based around things happening around the North end and the station is completely volunteer driven at this point. But we’re also open to listen to all ideas for content; instead of telling the public what kind of content we’re going to produce, we’re letting the public choose a lot of the content. We’re also a non-profit so we rely on public funding.

NWMS: What types of shows/hosts/content is the station looking for?

MA: All ideas are on the table. Music shows, poetry/spoken word/storytelling, politics, highlighting local businesses, live performances or interviews, children’s programming, gardening or manufacturing tips, etc. All of the above and much more has our interest.

NWMS: What types of volunteers does the station need to operate?

NWMS: Tell me more about the upcoming fundraising concert – who’s in the band, what do they do, etc.

MA: The Dead Leaves are Kathy Moore on guitar/keys/vocals; Faith Stankevich on drums/vocals; Mackenzie McAninch on bass guitar/vocals. We’re going to have many, many local musicians joining us on stage to help sing and play the songs.

NWMS: How did the School of Rock become involved?

MA:  We wanted to stick with the childlike theme that The White Stripes always ran with and we also believe in giving our youth opportunities to showcase their talents. The School of Rock is a great program and adding them seemed to make sense for our show needs. We called them up and it was an easy “yes” on their part.

NWMS: Why are you taking part in the fundraiser?

MA: I decided earlier this year that I wanted to get more involved with my community and volunteering with a community radio station seemed like a perfect fit. I have a lot of fundraising experience and I’m heavily involved in music, so everything just kind of came together with good timing.

NWMS: Why the White Stripes and on a Monday?

MA: They were a fantastic band and I don’t think I’ve ever heard of a White Stripes tribute band before. Everyone we’ve told about this seems excited and Kathy especially was giddy when I brought up the idea. The reason for a Monday is because we wanted to stay true to the exact date of the first ever White Stripes show 20 years ago. Otherwise we never would have chosen a Monday to do a show, lol. It’s made promoting a hustle for sure.

NWMS: Is this going to become a full time band/project?

MA: As of right now the plan is to just play this one show. If it goes really well and demand for more performances happen to arise, we’d probably have a discussion about it. But we’re all pretty busy with our other projects, so we’re just planning to go all-in for one huge night of rock and roll this time.

NWMS: You have some impressive guest singers joining. Will there be more?

MA: Yes! So far we’ve announced our “cousins” that will be joining us like Davin Stedman of Staxx Brothers, Jen Ayers, Aisha Elmehdaoui of Bleed Together, and Wanz. More announcements will be made, however we’re going to keep some more of our cousins a secret until show time.

NWMS: What White Stripes songs can we expect to hear or can you say?

MA:  I don’t want to give too much away. Let’s just say we’ll be covering a song off of all but one of their albums. There won’t be any songs from De Stijl, which is a shame because it’s one of my favorite albums of theirs. We were originally going to play one song from that album, but it got cut during the selection process.

MA: Yes, ticket sales are going better than expected so there might not be any at the door the day of the show. I’d suggest getting them now just to be safe at http://thedeadleaves.brownpapertickets.com. And our auction/raffle items are going to be killer! Thanks to Anthony Nelson for the poster and Baiba Rubino at Broken Clock Photography for the photos. 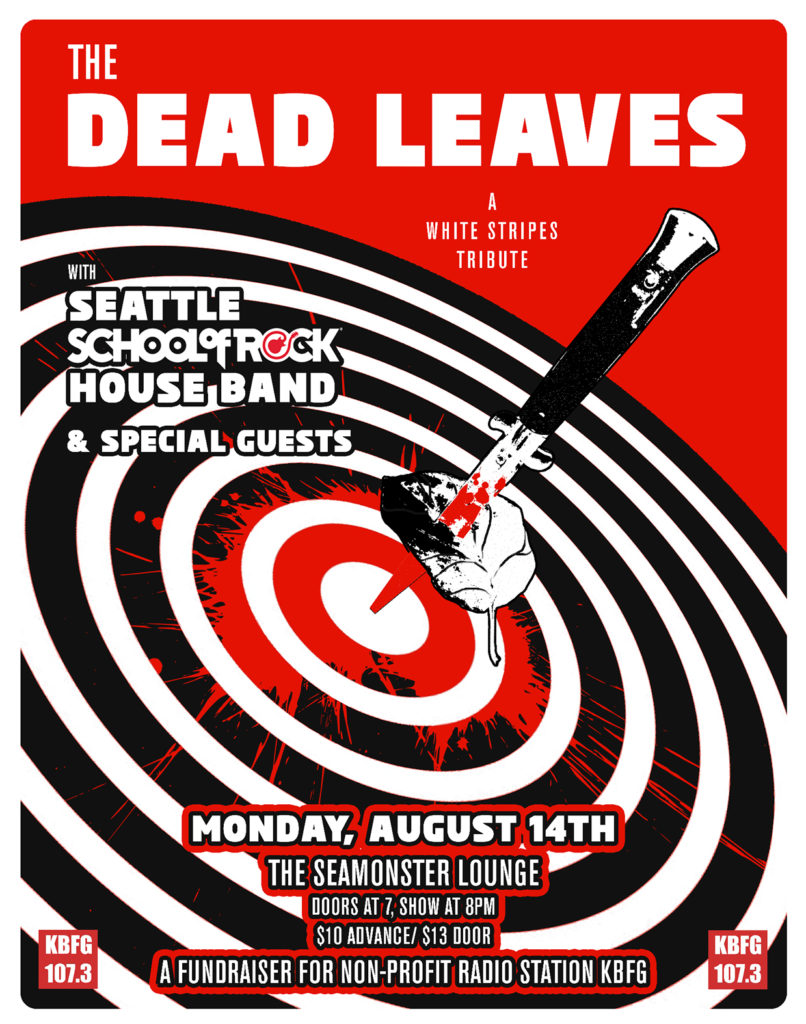