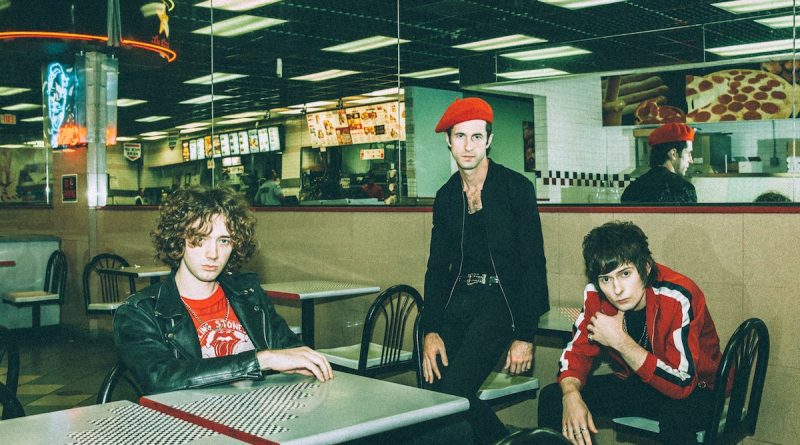 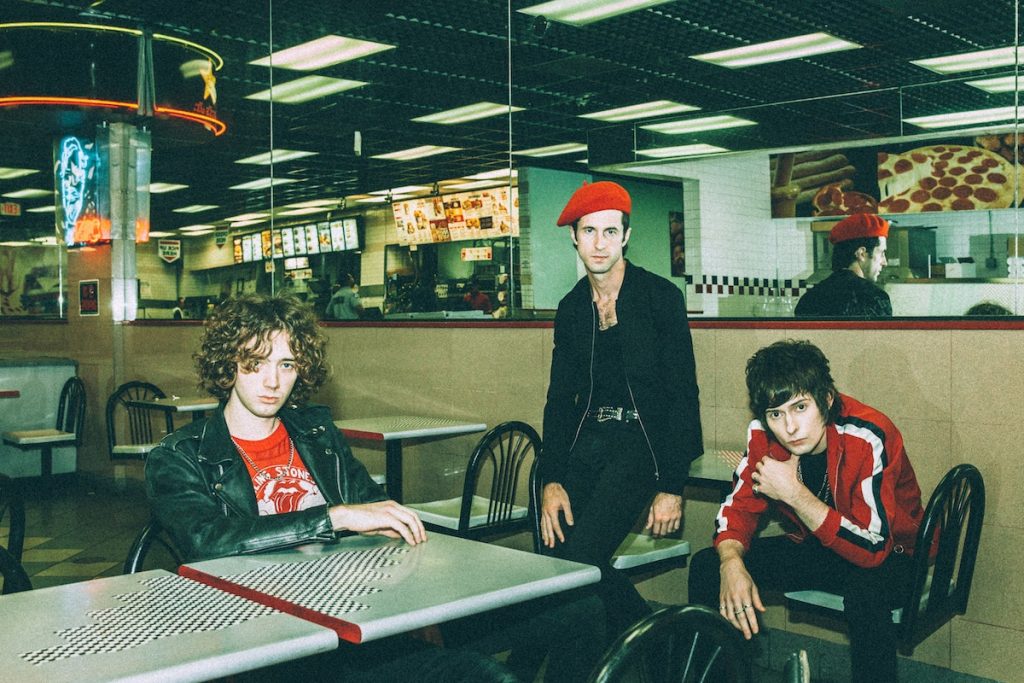 This time last year, American rock trio Warbly Jets were gearing up to release their debut LP—a demanding and ambitious labor of love born from thousands of red-eyed hours in the studio and thousands of miles on the road. Coming from three opposite points of the country, Samuel Shea (vox and guitar), Julien O’neill (multi-instrumentalist), and Dan Gerbang (bass) ultimately converged on the star-lined streets of Los Angeles. The gold-flaked promises and industry buzz that the band’s impressive sound and striking persona were swiftly met with, often left a sour taste—resulting in the quiet determination and staunchly independent approach that still remains at the core of the band.

Writing, recording, producing, and releasing every note themselves, the album served as both a master class and proving ground for Warbly Jets. And while the band was largely unsettled creatively—and geographically—during the process there remained an undeniable gut feeling that they were on the right track. That feeling was quickly validated, as support from outlets like Flaunt, Brooklyn Vegan, Indie Shuffle, LA Record, and Rolling Stone France came along with a swift climb up the streaming charts and plays on Sirius XMU and Beats1.  Warbly Jets reverberates with the juiced-up energy of laying it all on the line—and succeeding. It’s there in the anthemic release of “Alive,” in the leather-clad prowl of “Fast Change,” and in the snarling industry callout of “The Lowdown.” The rest of the album hedges no bets, mixing and layering everything from strings and synths to breakbeats, with massive riffs and Shea’s commanding delivery—a noble contribution to bringing the concept of the American rock band into the modern era.

With opening slots for Liam Gallagher, Rival Sons, Mystery Lights, and Night Beats—as well as international headlining tours of their own in Europe and China—the band has spent the last year largely on the road—returning home with newfound experience, stamina, and perspective. Since then, Warbly Jets have released two new singles, the Amazon Exclusive “Between The Lines” and “Inhuman Emotion,” and are currently entering the studio to record their next release—due out later this year.

Tickets to their Barboza performance can be found here.