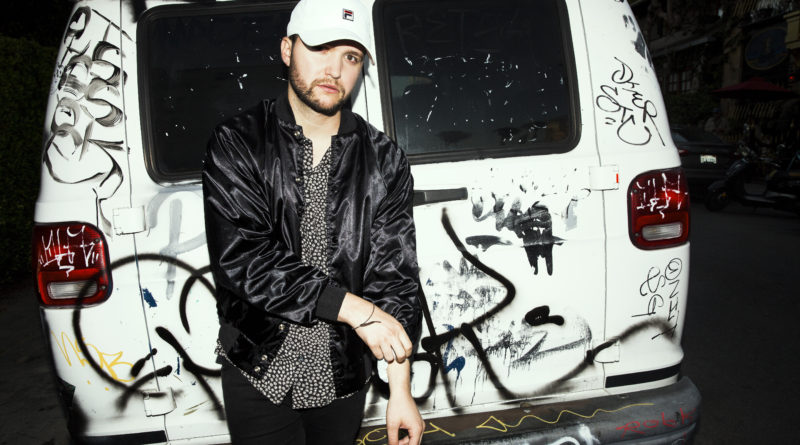 We had a chance to chat with Quinn XCII before the start of his first headlining tour, One Day At A Time, coming to Seattle March 3rd.  The vocalist/songwriter was brought to the spotlight after he was featured on “Kings Of Summer,” by ayokay, who also produced his first two EP’s.  His latest track “Straightjacket,” dropped late last year and we can’t get enough of it.

NWMS: Where am I catching you?

Quinn: I just came back home to L.A. last night after being in New York for the whole week working on some music.  We have a spot in Brooklyn that is our go-to place, that we’ve been going to for the past year now, and I’m just wrapping up my album that is going to come out sometime soon.  We have an engineer out there who helps mix and master some of the songs and he’s based solely in NY, and my manager lives there as well.  There is a lot of stuff that needs to get done before we take off on tour next week.  We’re in crunch mode getting everything finalized, a bit busy but very exciting.

NWMS: Speaking of the record, can you give us any information on it?

Quinn:  We don’t have a title yet, but we’re hoping the release will be before the fall tour.

NWMS: Are you planning on sharing new tracks on the tour coming up?

Quinn: We’re planning to play a couple of tracks from the record, as well as “Straightjacket,” but mostly going to play our old songs.  We haven’t played shows in a lot of the cities we’re going to and we want to share the music that already exists to introduce them to our sound.

NWMS: Tell me a little more about your upbringing and early music influences.

Quinn: I grew up just outside of Michigan, and I was always a fan of music but I didn’t start writing my own stuff until my sophomore year of high school.  Even then it was very simple, I was actually rapping in the beginning.  Things got a little popular after I start releasing songs on SoundCloud and that was when I met my producer and good friend, ayokay.  We started to take the music seriously going into college, and even though we went to different schools, we commuted back and forth to work together.  I would say most of it began with SoundCloud and seeing an organic growth of people responding to it.  I was in school at the time and I wasn’t really considering music as a profession but more as a hobby.  I wanted to release stuff for people to enjoy, and the project just grew naturally, they just connected to it. It was real and that’s how it expanded, I had no connections to the industry, everything just came about.

NWMS: I think that is the best way to start off in music, creating because you really need to.

Quinn:  There was no pressure in releasing those tracks because it was something I considered a hobby and enjoyed it.  It was nice because people responded positive to most of the music and I decided to pursue it.

NWMS: Is this first headlining tour?

Quinn:  Yes, it is.  It’s my third time going out on tour.  I was a supporting act for the first time with SoMo and this past fall I went out with Louis The Child. I’m very excited to get out there as the main headliner on this tour.  We’re focusing on a lot of college markets on this run as it is my main fan base, and we really wanted to make a point to reach out to those cities. I’m two years out of school only and I still feel that I relate to them the most.

Quinn: We’re actually bringing on live players for this tour, as in the past it was just myself and my producer on stage.  We’re going to have a drummer and keyboard player join us for this run, creating a more live aesthetic but still keeping it a typical show of mine.  We’re trying to make it simple and minimal, something that I really like seeing at shows. I like to keep that intimate feel to my live shows and I made it a point of this tour.

NWMS: Do you think the live experience will change with the live aspect you’re adding?

Quinn: Honestly, I was a little hesitant at first because I’ve seen acts where you hear their records, and when you see them adding a live band, the sound can change a bit which tampers with the original record sound. That was my first cautious thought towards steering in the direction of the live band, I didn’t want the songs to come off differently when played live. I’m confident that this won’t happen with the addition of the musicians, they know where to tone in the sound not overpower it. It will be well blended and a symmetrical sound.

NWMS: What is the one thing you’re bringing on tour that you absolutely need?

Quinn: If you can believe it, I just bought a laptop after a year of doing everything off my phone. That is without a doubt the number one thing I’m taking with me on the road.  It makes everything much easier from sending mail to writing music while on the road.

(You can catch Quinn XCII at Barboza on March 3rd. Get more info about the show on our Live Music Northwest Concert Calendar HERE.)