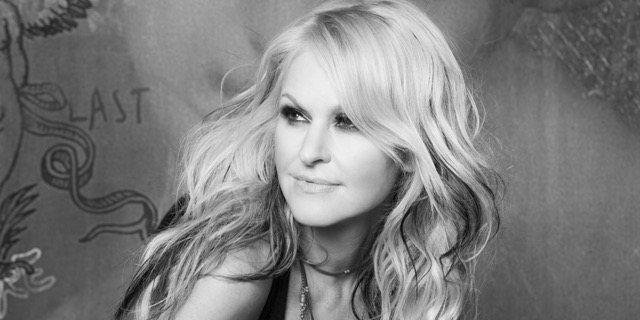 Dimitriou’s Jazz Alley welcomes back for her 16th year with us… raw, edgy, inspired two-time Grammy-nominated saxophonist Mindi Abair for four nights and six shows. Mindi is spending Valentines’ Week with us and will play a full retrospective of many of her classic hits as well as some of the music she and The Boneshakers first made famous here at Jazz Alley. Band members are: Mindi Abair (sax and vocals), Randy Jacobs (guitar and background vocals), Third Richardson (Drums and background vocals), Rodney Yee (keyboards) and Ben White (bass). Show times Thursday and Sunday at 7:30pm. Show times Saturday at 7:30pm and 9:30pm. Doors open at 6pm Thursday and 5:30pm Saturday/Sunday.

One of the most recognized and sought-after saxophonists, two-time Grammy nominee Mindi Abair has been electrifying audiences with her dynamic live performances and sax prowess since her debut album in 2000. No one since Junior Walker has brought saxophone and vocals in one package to the forefront of modern music, with a raucous tone and abandon. She has garnered ten #1 radio hits, six Top 5 solo records and two #1 spots on the Billboard Contemporary Jazz album chart. In 2014, Mindi received her first Grammy nomination in the Best Pop Instrumental Album category, followed by a 2015 Grammy nomination for Best Contemporary Instrumental Album for her solo LP Wild Heart featuring the late Gregg Allman, Joe Perry, Trombone Shorty, Booker T. Jones, Keb’ Mo’, and Max Weinberg.

The daughter and granddaughter of working musicians, Abair continues to captivate fans while evolving her sound. In 2014, after two seasons as the featured saxophonist on the hit series American Idol, Abair released Wild Heart. This LP showcased a compilation of grittier rock and soul tracks featuring some of the biggest names in music. To help translate this sound to her live shows, Mindi enlisted longtime friend and The Boneshakers founder Randy Jacobs (Bonnie Raitt, Was Not Was, Willie Nelson) to inject his brand of Detroit Rock/Funk. The collaboration was undeniable, and it lead to an almost immediate decision to join forces creatively. Mindi Abair and The Boneshakers features Mindi (Saxophone, Vocals), Randy Jacobs (Guitar, Vocals), Rodney Lee (Keys), Derek Frank (Bass, Vocals), and Third Richardson (Drums, Vocals). Their first record together Mindi Abair and The Boneshakers LIVE in Seattle was released September 2015, and recorded at their first official show together in here at Jazz Alley in February of 2015.

Their first studio album was released in September 2017 as Mindi Abair and The Boneshakers “The EastWest Sessions.” Produced by renowned rock/blues producer Kevin “Caveman” Shirley (Led Zepplin, Joe Bonamassa, The Black Crowes, Aerosmith), it debuted #3 on the Billboard Blues Album Chart and reached #1 on the Blues Rock Album RMR chart. The band won a 2018 Independent Music Award for Best Blues Song Fan Award for “Pretty Good For A Girl” featuring Joe Bonamassa. And they won 8 Awards including “Artist of the Year” at the 2018 Independent Blues Awards.