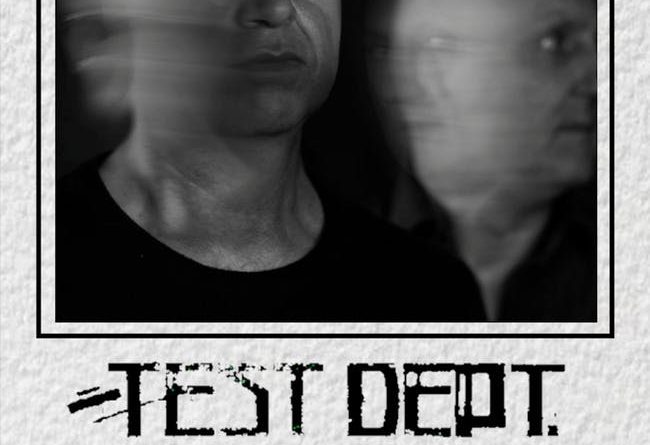 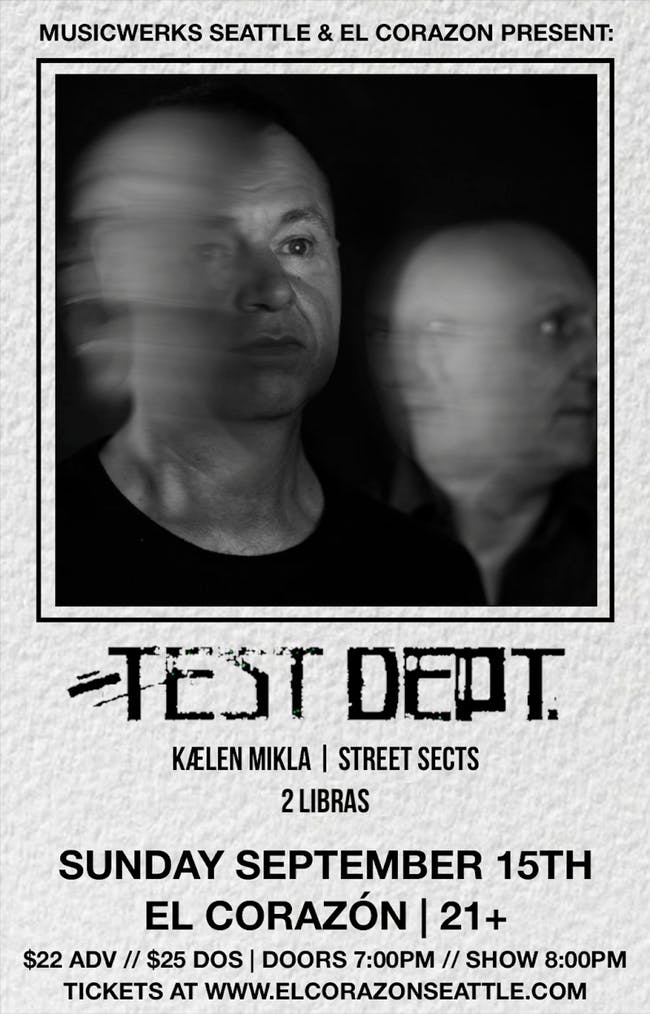 Test Dept. to appear at El Corazon on September 15th

Test Dept. will be performing with Kælen Mikla and 2 Libras on September 15th at El Corazon. Doors will open at 7 PM for the show at 8 PM.

The group was formed in New Cross, south-east London in late 1981. All unemployed, and with listening tastes ranging from soul to classical music, they searched out whatever they could find to make music with, and for the most part this consisted of scrap metal salvaged from waste ground and derelict factories. The reason had as much to do with lack of money as it had to do with a dislike for conventional rock instruments. Originally, they used bass guitars and other conventional instruments, but these were fairly rapidly dropped as they obtained more industrial percussion, and found that these created a stronger and more consistent sound.

They also, probably later on, gained the rights for some of their music and can been seen listed as copyright holders on some re-issues. Some examples can be seen on the Test Dept. page.