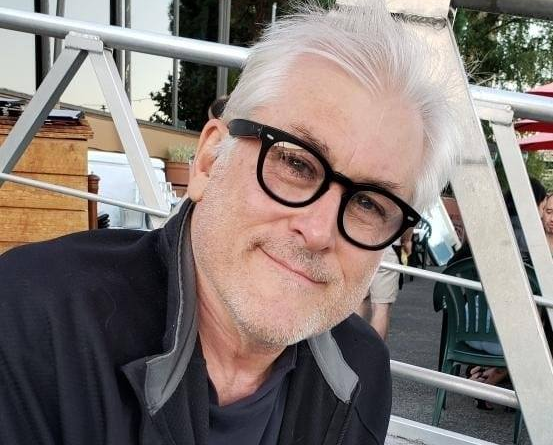 For as long as I can remember radio has been a friend and constant companion. Before starting my own career, radio kept me entertained on long drives, kept me company on lonely nights and most importantly kept me informed.

Radio introduced me to most of my favorite music. Radio informed those alive at the time of the bombing of Pearl Harbor, that man had landed on the moon and that the King had died.

Unfortunately, when your favorite radio personality is taken off the air or chooses to seek employment elsewhere, they rarely if ever get the opportunity to say goodbye.

They seldom get to thank the listener for their years of loyalty. They don’t get to tell them how much they have appreciated their support or how much THEIR listening to THEM has meant and believe me, to them it has meant a lot. You hope like hell that they show up somewhere else on the dial a few months later, but that may or may not always be the case.

Sadly, like many businesses we now patronize, radio stations are no longer locally owned. The cash-out came some time ago and although most of us still in the industry had secretly hoped for the best, it has steadily become clear that radio IS just a business.

Yes, it has always been a business, but for many years it was a business with a heart. At one time radio cared about local bands struggling to put out quality music. At one time, radio cared about local events – not all of which would put dollars into the pockets of their owners, but instead provide a valuable public service to those who made that important choice to listen.

My first Program Director, Steve Young, imparted to me that “If it was of interest to the listener, it was worth sharing.” He never once told me “if we’re not getting paid for it, don’t mention it.”

To the executive sitting in a corner office thousands of miles away, the connection between a broadcaster or disc jockey and the audience they hope to attract (and keep) is no longer relevant.

However, to those in the Pacific Northwest who for the past 50 years have listened to veteran radio announcer Steve Slaton…I can tell you, it is!

Upon moving to Seattle in 1986, the first thing I did was find my favorite radio station. At that time, it was FM100 KISW. These were my first Seattle friends. Dan Wilke, Mike Jones, Cathy Faulkner, Jon Ballard, Jim Kampman and “Mr. Seattle Radio” Steve Slaton.

They would eventually become my family, but first during what was a most turbulent time in my life, they were my daily companions.

Periodically, all the jocks would gather together on a Sunday morning and take phone calls. I still have the recording of what was called “KISW’s Rock-N-Roll Roundtable” in which my call was aired. I told those assembled that I was interested in radio and that I did funny voices and impersonations.

I remember “The Late” Cathy Faulkner, who is still very much alive, telling me that I should first perfect my own voice and work on the funny voices later. Sound advice that I later used to my advantage.

Fast forward three years and I was an intern at KISW. I probably spent far too much time at the studio, but there was no place else I wanted to be. At the time, Steve Slaton was doing the 2pm – 6pm shift. He was the “Boss with The Hot Sauce” and I just wanted to be around him. Secretly, I was hoping that some of his greatness would rub off.

A bit apprehensive at first, I would find different reasons to be in the studio while he was on air.

I would then offer to refile the stacks of LP’s (records) he had previously played. I would run errands. I would listen as he answered each call or as many as his time in between songs would allow. I was in awe as he baffled listener after listener with episodes of “Stump Slaton.”

I was also told time and time again by others in the programing department that I “shouldn’t bother the jocks while they were on the air.” I didn’t listen and thankfully, Steve didn’t mind.

One of my fondest radio memories is finally being asked to join the KISW Fly’s softball team where Steve was pitcher and coach.

This was my chance, if I couldn’t squeeze my way on to the airwaves just yet, I would prove myself invaluable by hitting home runs, which I often did.

Radio listeners would submit their team requests and Sundays we would gather at Lower Woodland to deliver the damage. I looked forward to the opportunity for the Fly’s to continue their win streak of 388 wins and hearing that news shared on the air the following Monday. Especially considering the team was only a few years old and we played maybe 4 or 5 games a season. While you do the math, remember this was “our radio station.”

Ask anyone and they will tell you Steve Slaton is a radio icon in Seattle.

There are many in the same category, names like Pat O’Day, Lan Roberts and Larry Nelson, but Steve is the only jock I’ve ever met who is precisely the same behind the microphone as he is on the street or in front of an audience. Steve Slaton is who I, perhaps unsuccessfully, have aspired to be. Comfortable with his fame, unpretentious, honest and sincere.

To chronicle a career as impressive as Steve’s would take more pages than I am afforded in this column and respectively, some of what he has experienced should probably be left to the imagination. More specifically inviting the likes of Van Halen to join him live in the studio. But rest assured there will be a chapter, a rather long chapter in my book, dedicated to Mr. Slaton. Most recently, Mr. Slaton had been the midday host at 102.5 KZOK and delivered his world-famous two hour specialty program entitled “Breakfast With The Beatles” every Sunday morning from 8am – 10am.

This November, Steve would have completed 50 years on the radio.

At that time, he may or may not have decided to call it a career. Regardless, we thank you Steve, for helping to destroy disco and for not telling me the band’s name, but only that “their initials are AC/DC”.

After fronting a successful metal band in Dallas, TX during the 1980’s, Rockfish set his sights on Seattle and a career in broadcasting. While hosting KISW’s nationally recognized Metal Shop, he found himself providing vocals for many of Bob Rivers infamous “Twisted Tunes”. He has continued a career in broadcasting that has lasted more than 30 years and took him from the Pacific NW to the Denver, Dallas, Anchorage and Bellingham radio markets. He currently hosts a Saturday and Sunday afternoon radio program at 102.5 KZOK, Seattle’s Classic Rock Station and when he isn’t fronting his own classic rock band, presides over the Highlander Football Gridiron Group as president. A 501c3 charitable organization, the group works to promote high school and junior football in the community of Shoreline where he resides with his wife and 2 sons. He also contributes articles to the Shoreline Area News.