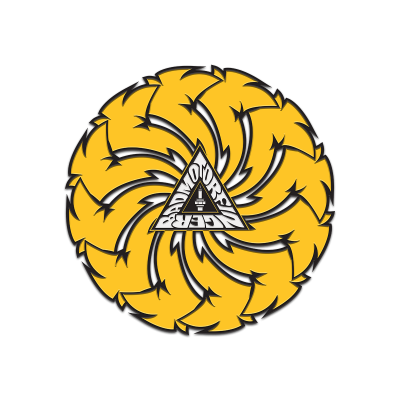 In a new interview with Frenzal Rhomb guitarist Lindsay McDougall, Soundgarden’s Kim Thayil drops a Jet City bombshell, and while he stops short of saying Soundgarden created the grunge sound, he comes damn close.  Thayil says, “I think we certainly popularized it locally in Seattle, and probably the influence Seattle had, it probably extended nationally, and ultimately internationally with that genre of music,”

During the interview, Thayil talks about Soundgarden‘s love of the “Drop D” guitar tuning method. The term refers to when a guitarist drops the low E string on their instrument down one full step to a D note. This sound became synonymous with the Seattle scene of the time, and Kim Thayil seems to be taking credit.

But hold on a damn second here, where did he get Drop D tuning from? He must have borrowed it from someone else right? Larry Parypa from The Sonics, was using that tuning when Thayil was still in kindergarten. Look it up, that badass guitar player was way ahead of the curve and was most definitely one of the primary architects of the grunge sound.  What about Skinyard? They were heavy as fuck and when I think about who early Soundgarden sounds like, it’s this band. The Melvin‘s were also known for drop tuning and Thayil himself says in a 1995 Guitar World article that Buzz showed him Drop D tuning.  That’s not to say Soundgarden didn’t play a big role in it, because they certainly did but Thayil and his SG bandmates probably borrowed the idea from someone else.

Thayil goes on to say that Green River, Mother Love Bone, Mudhoney and Pearl Jam didn’t copy Soundgarden, “Pearl Jam was a giant band that never did that,” Thayil claims. “They’re the only ones that didn’t really take or borrow from us. They had their own vision about what they were doing.” So he’s basically saying that the other bands didn’t have their own vision? Come on bro.

The full interview is available on the Soundcloud player below.

In talking about the other bands Thayil states, “We were pretty damn popular. We were probably the biggest band in Seattle for a while there, and many of our friends ended up borrowing, and sounding, more like us. Drop D was one of them, but then we started using other weird tunings and I think that’s where we left them aside.” Thayil names Nirvana and Alice in Chains as bands who flourished with Drop D tuning but I doubt they weren’t doing it before they met Soundgarden. Just listen to Cobain’s mixtape that almost broke the internet a few months ago. he definitely knew about drop tuning. In fact, come to think of it,  Kurt was a huge fan of The Melvin‘s – case closed.  And Alice in Chains would have too. Thayil does also mention Smashing Pumpkins as one of the bands that were probably copying Soundgarden and again, while they had that grunge sound, they, like Nirvana and AIC had their own distinctive sound.