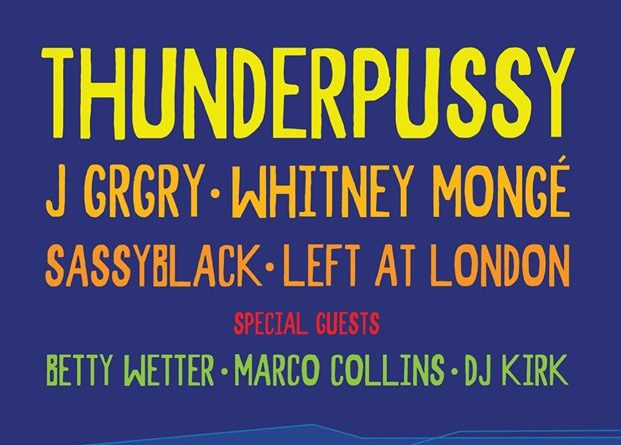 Seattle Pride is kicking off this year’s Pride celebration with the annual Volunteer Park Pride Festival from noon to 7:00 p.m. on Saturday, June 8 in Seattle. The event is Pride’s annual celebration of queer arts, music, performance and culture. The free event will feature a beer garden, food trucks, local crafts fair, sponsor and community nonprofit informational booths, and is highlighted by live concert performances.

The can’t-miss music lineup, which celebrates LGBTQ+ arts, features nationally recognized local artists. The festival will be hosted by popular drag queen Betty Wetter, KEXP’s Marco Collins, and DJ Kirk known for his disco, house R&B, and dance beats – and will be headlined by Seattle-based band and phenomenon, Thunderpussy. 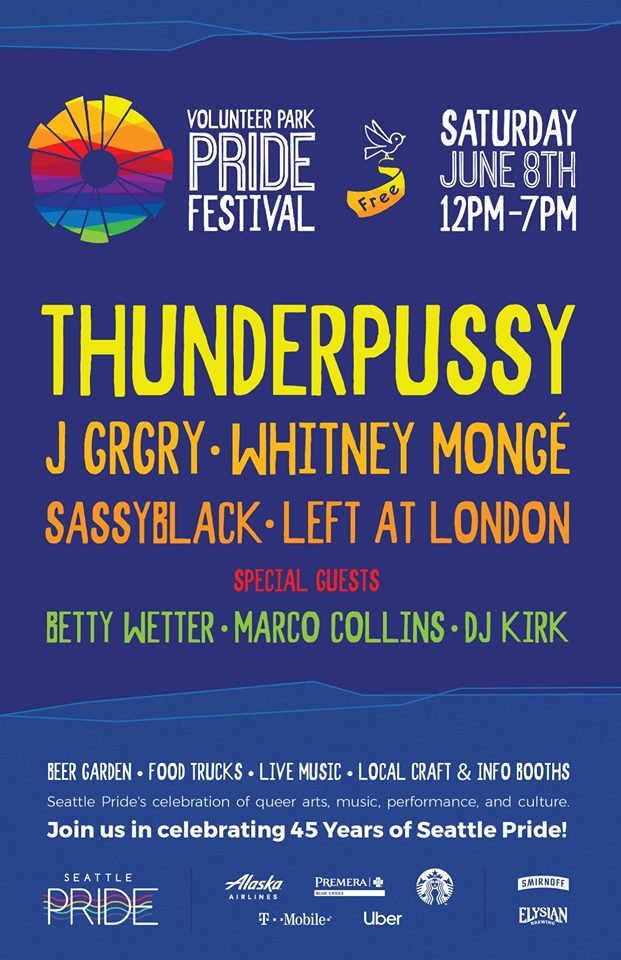