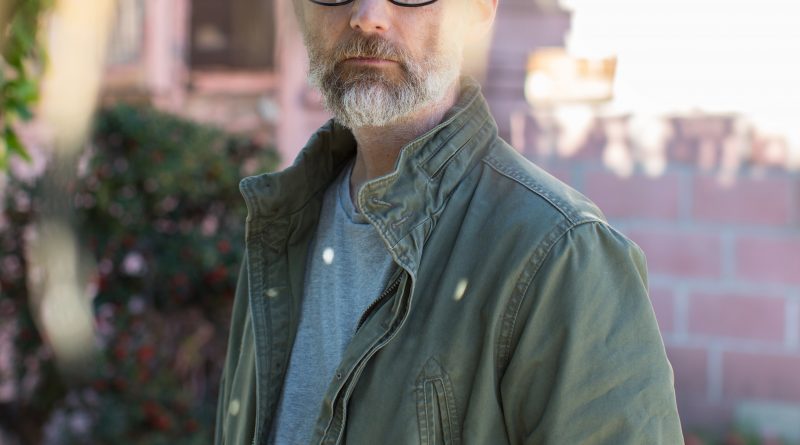 “Can we include the Gorge?”

That’s Moby, aka Richard Melville Hall, the singer, songwriter, producer, DJ, Christian, vegan, animal rights activist, and as of a few years ago, author, asked about his favorite Seattle stories.

Moby allows how his Yuletide 2018 gig at McCaw Hall with members of the Pacific Northwest Ballet Orchestra, felt special.  But the Gorge, years ago, sharing the bill with David Bowie, felt just a little bit more special. Bowie was in a great mood that night. Glowing.

Any particular reason, I ask?

“I think it was just a phenomenal show.”

Moby’s back in town without his gear, for once, promoting his second book of memoir, Then It Fell Apart, on Friday, May 10th, at Seattle First Baptist Church, First Hill, as a presentation of Town Hall Seattle. His first memoir, Porcelain, took us through his peripatetic early life, through poverty-grind life in an abandoned building with no toilet or running water, and finally to the verge of fame.

Then It Fell Apart finds him suddenly rich, suddenly A-list, stuck on a seemingly-neverending tour for his breakout album Play, and making friends with folks already at that level. According to his book he claims he dated Natalie Portman, although Portman has recently said it wasn’t actually dating. He also says he dated Christina Ricci. He admits, though that the two folks who brought him closest to fainting on the spot, were David Bowie and David Lynch.

Lynch remains a Moby favorite for visual media, along with a “cheerfully batshit crazy” TV series called “The Uncle Floyd Show.” Lynch may not have dug Uncle Floyd, but Bowie certainly did. Moby, who went from obsessing over Bowie album’s to sharing a stage, and a city block, with the fellow, relates that Bowie found Uncle Floyd courtesy Iggy Pop, who explained that watching the show and getting really high could be really fun. Bowie concurred soon afterward.

Moby still has a toy synthesizer called a Stylophone, given to him by Bowie at a point when the latter was obsessed with Stylophones and had several stashed away at his closet. The younger man recalls the superstar as a great gift-giver. Moby still has, carefully tucked away, the black hat Bowie wore in The Man Who Fell To Earth.  Bowie autographed it before handing it over.

Asked about his Dungeons & Dragons phase, he allows as he was never into that as much as some of his friends, who could “disappear for 48” hours, while playing the game.  But, he confesses, he was a nerdy kid in Connecticut in the early ‘80s, and he did all the things the other nerdy Connecticut kids did. Except maybe for The Rocky Horror Picture Show.  With a chuckle, he recalls that every art-house theater in Connecticut—“and there weren’t many of them”—seemed to have Rocky Horror at midnight, but he never took that plunge.

Oh well, I tell him. There’s always hope.  Just like for The Rocky Horror Picture Show.