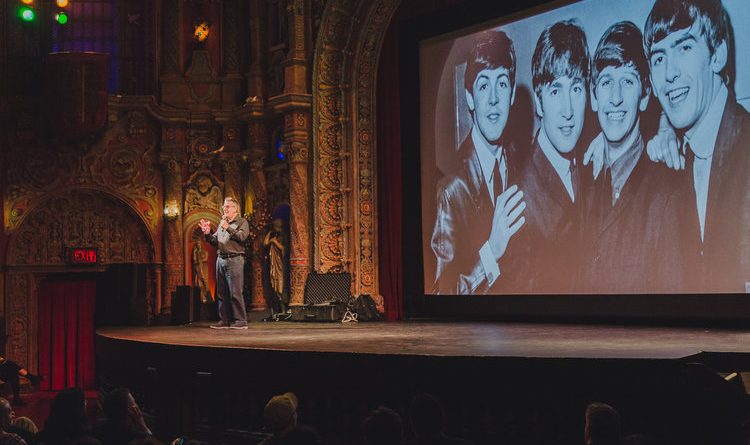 You may well think you know Abbey Road; I sure did.  But Scott Freiman, mastermind of several films taking apart Beatles albums to put them back together, worked his music and movie magic on the 47:03 of the last album the Fab Four cut together, the one that almost (if not quite) ends on the benediction of love, ushering out the 1960s.  His two Abbey Road films, one for Side One, and one for Side Two (including the famous Pop Symphony), show at the SIFF Film Center on the Seattle Center campus, Sunday July 21st through Tuesday July 23rd.  Freiman was kind enough to proffer a few email comments.

NWMS: Where and when did you hear Abbey Road for the first time? How old were you? What were your first impressions?

Scott Freiman:  Abbey Road was the first album I bought with my own money. Although I had heard other Beatles albums, there was something different about AR. I was immediately drawn to the arrangements – the orchestration and the Moog synthesizer, although I was too young to know what “production” or “arranging” meant – let alone what a Moog synthesizer was.

I loved the songs. I was struck by the different moods – the scary ending of “I Want You (She’s So Heavy)”, the humor in songs like “Octopus’s Garden” and “She Came In Through the Bathroom Window”, and the optimism of “Here Comes the Sun”.

NWMS:  How did studying composition influence how you think about the Beatles’ work?

Scott Freiman:  The Beatles couldn’t read or write music, so in some sense, it’s silly to try and analyze the Beatles’ songs in a traditional fashion. However, the Beatles had great ears and were experts at taking ideas they heard from others and transforming them into something unique. The Beatles may not have known why the bridge of “Something” is so exciting, or the harmonic structure that links the songs in the medley on Side Two.

Being a composer and a musician allows me to analyze how the Beatles did what they did and teach others those same techniques. But, nothing replaces a good ear!

Scott Freiman:  Which Beatles albums remain for you to do?

I still need to “deconstruct” 1964 and 1965 Beatles (I’ve already done Rubber Soul, which is the end of 1965). Then I have Let It Be. After that, I may work on some solo Beatles, or move on to other classic albums like The Dark Side of the Moon or The Rise and Fall of Ziggy Stardust and the Spiders from Mars, or OK Computer.