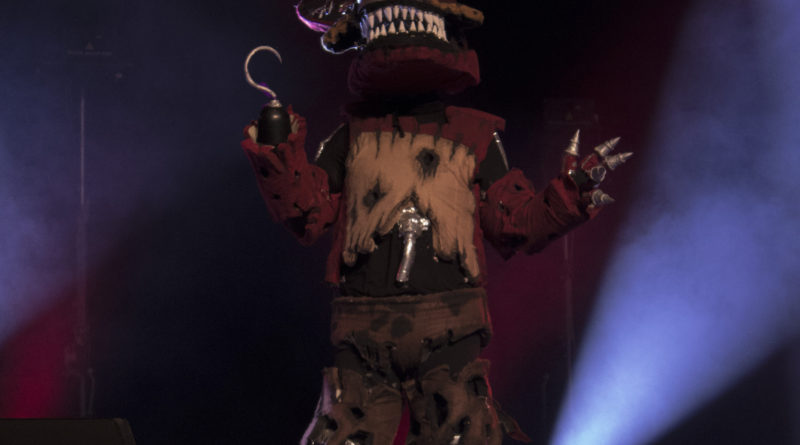 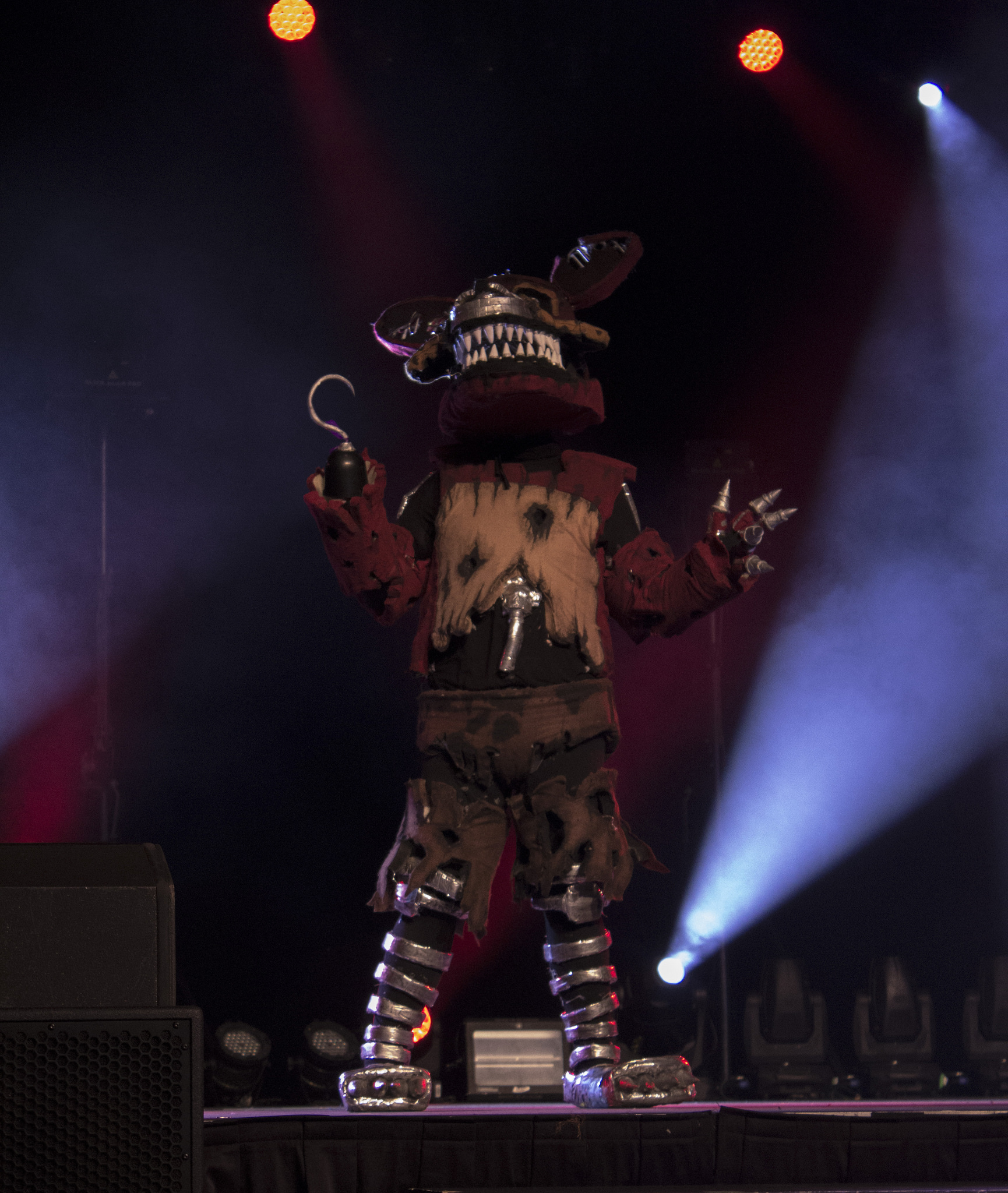 (All photos by Morgan Leblanc for NorthWest Music Scene.)

I’ve always wanted to know what it’s like being just a normal everyday resident or commuter passing through downtown Seattle during Sakura-Con, the Northwest’s defining annual anime convention, and as such, the few days a year where you can be casually walking downtown and see an entire army’s worth of people in Survey Corps outfits, someone in a 6’5″ inflatable Godzilla costume, someone wearing a sandwich board cosplaying the floating shopping list from SpongeBob, and dozens of teenagers and 20-somethings wearing eye-popping kigurumis of everything from unicorns to owls to specific characters like Pikachu and Danganronpa’s Monokuma. While it may not have quite the overflow of people that Emerald City Comicon has, Sakura-Con only continues to grow in popularity and attendance every year, as the anime community itself grows and extends to a wider range of people. 2017 saw Sakura-Con and the many people that help put it on celebrate their 20th anniversary of putting on the beloved convention with what was easily their most popular convention to date.

During Friday morning’s opening ceremonies, which are always a cordial and warm introduction to the weekend to come, one of Sakura-Con’s founding members mentioned that the humble first ever installment of Sakura-Con, then known as Baka!-Con, took place at the Double Tree Inn and had an attendance of just over 300. It’s odd to think of a time, before a portion of the con’s modern attendees were even born, that the convention had less attendees than a good show at Chop Suey, because the convention is heralded in the eyes of not just Northwest anime fans but traveling convention-goers and returning special guests as one of the best anime cons you’ll find, and is easily the Northwest’s most attended convention of its kind. While the current trends in anime, video games and Internet culture can change rapidly with each passing convention, the majority of first-time attendees and returning con-goers that have enough Sakura-Con badges to make a crop top out of them alike make it a point to return to the con every year, even as growing pains have unfortunately brought the experience down at points in more recent years.

Sakura-Con has always excelled when it comes to having an enticing lineup of special guests whose work is heralded in anime circles, online circles, and music circles, just to name a few, and this year’s lineup boasted one of its strongest yet in terms of name recognition. Among the special guests was Yasuhiro Irie, the director of Full Metal Alchemist Brotherhood, the most heralded anime adaptation of one of the anime scene’s true legacy franchises, Digitarou, the president of Nitroplus, a company that’s been around for years but has more recently gained notoriety as that company that makes some of the most twisted and unnerving visual novels that exist today, and Miliyah Kato, a prolific Japanese pop musician who’s accomplished more since her debut at age 14 than most of us probably ever will. 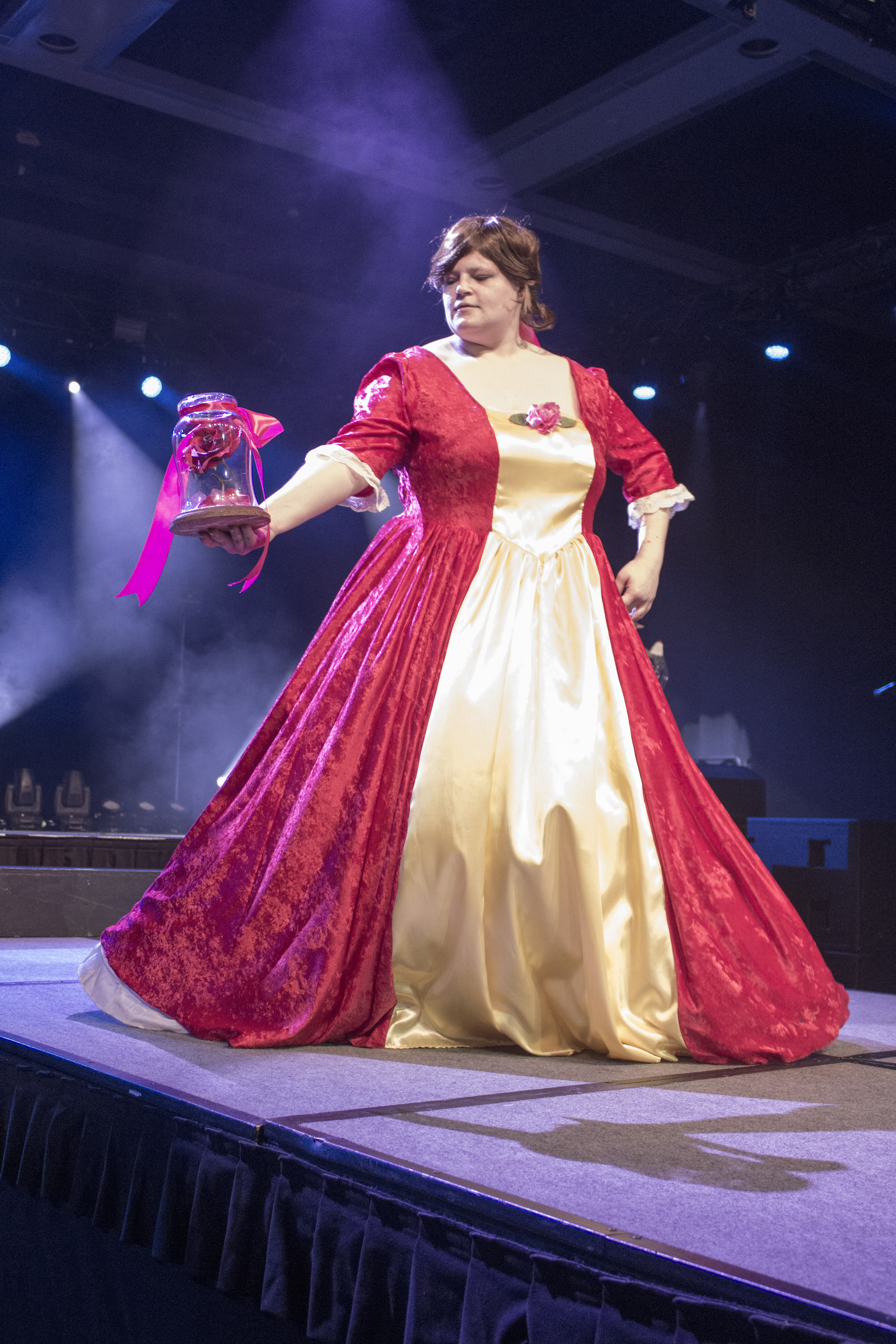 On top of the industry guests, there are always the English voice actors, whom have made a name for themselves as one of the big reasons a lot of people attend anime conventions. While the age-old argument of watching anime with subtitles or watching it with English voice acting still runs one-to-one with anime culture itself, the voice actors that have become staples at these more notable anime conventions have become distinct personalities and public figures unto themselves, to the point where subtitled-exclusive anime consumers including myself enjoy their panels as well, because of their charm and unique insights into what goes on behind the scenes of everyone’s favorite companies. I’m sure the appearances from the likes of Vic Mignogna, Caitlin Glass, Todd Haberkorn, Critical Role‘s Matthew Mercer, Johnny Yong Bosch, and Aaron Dismuke (whom hasn’t made an appearance at Sakura-Con since my first year, 2009) helped incentivize a good number of people to attend the con, although I have to wonder if the organizers and staff themselves were as aware of this fact.

Since my first Sakura-Con back in 2009, I’ve watched the anime community change and morph in various ways, and at the same rate, I’ve seen Sakura-Con’s annual attendance grow exponentially as well, but the way the convention handles its guests’ appearances feels slow to adapt to its increased scope. The Q&A panels for the most notable voice actors, as well as returning favorites like the in-character Zapp Brannigan’s Spaceship of Love panel, could have easily been moved to the main stage during the long stretches of time that it laid empty, but these panels instead took place on the fourth and sixth floors, in panel rooms that just couldn’t handle the sheer glut of people eager to get inside to see their favorites in the flesh. Todd Haberkorn, one of the convention scene’s most booked and loved voice actors, was holding an 18-and-over panel in one of the smaller panel rooms on the fourth floor, and even as an 18+ panel at 9:30 P.M., a time at which a less interesting panel would be lucky to draw 30 people, more than half of the people that showed up for the panel were unable to get inside.

The convention’s policy of only letting people line up for panels a half hour before meant hundreds of people that wanted to get inside slowly walking back and forth in the hallway just to be there when doors opened and be one of the couple-hundred that eventually did get to see each, clogging each hallway and only further confusing matters. The throbbing headache that was the line situation led to more hostile staff than I’ve seen in years’ past, with people I went with being shouted at right in their faces by security members despite clearly and attentively following the rules laid out before them, and I heard security threatening to outright ban significant amounts of people from getting into each panel if they continued to stand in areas clearly out of where they could be obstructing the way for people walking through. Meanwhile, RPG Solutions and Stories: UNLEASHED, an 11:15 P.M. panel whose peak attendance didn’t fill out a quarter of the panel room’s maximum seating, was held in a panel room significantly larger than Zapp’s Spaceship of Love and Matthew Mercer’s tabletop RPG-centric panel, both of which were packed to capacity, with hundreds turned away. Trying to envision myself in the position of many of the staff members, I probably also would have been irate with how needlessly crowded some walkways were, but I can only hope this side of Sakura-Con is reconsidered and handled more gracefully at future conventions, and hope it isn’t enough to deter some attendees from coming back in 2018. 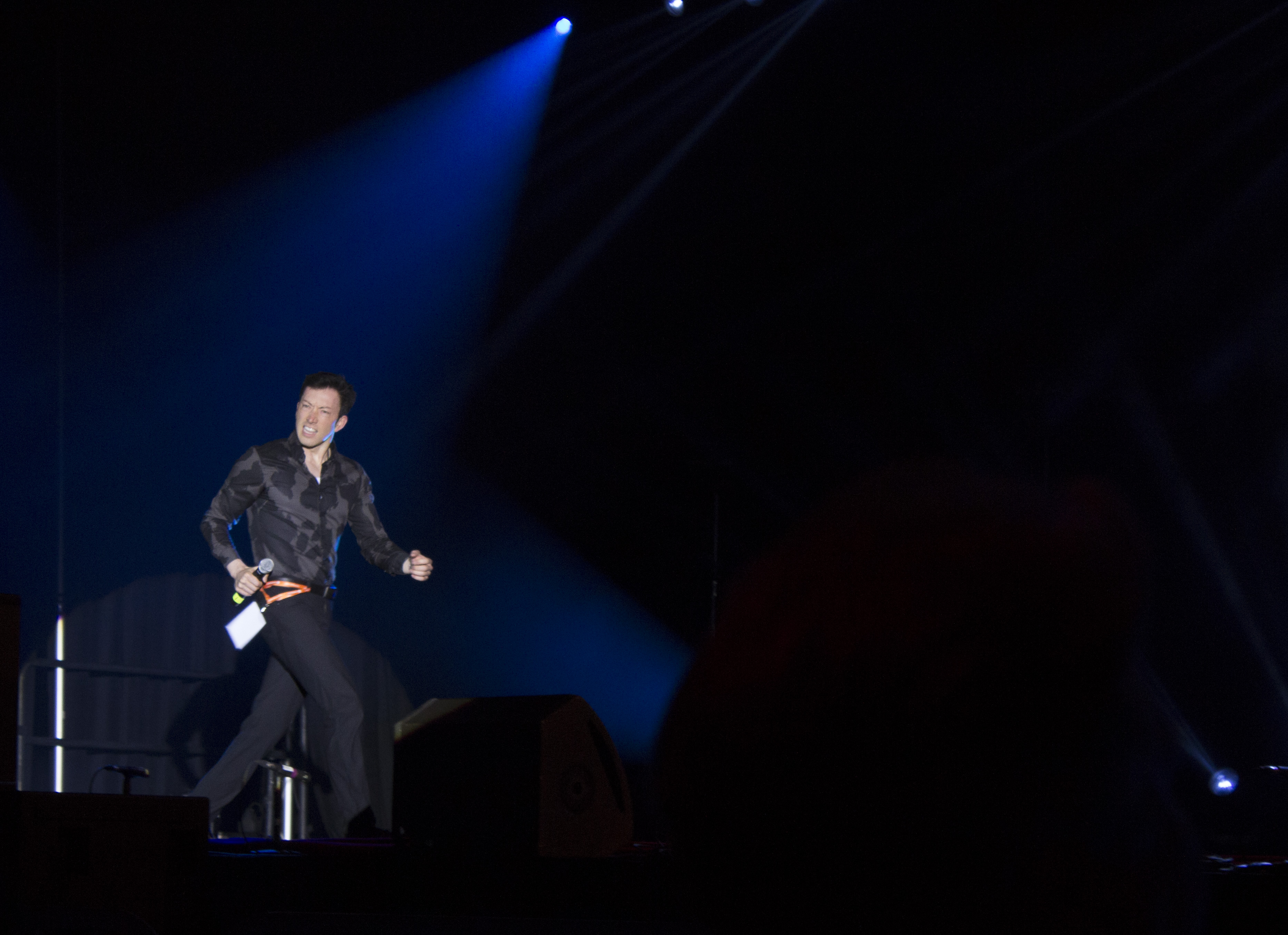 Despite starting a good 45 minutes after its scheduled time, Miliyah Kato’s performance, her first ever in Seattle, wound up being one of the best things I experienced all con. After an extensive pre-show mini-documentary played showing all of Miliyah Kato’s many successes over the years, Miliyah’s DJ entered alone from stage left amid a bloom of fuchsia light and swirling sky blue spotlights and got the standing room crowd amped up with a very brief DJ set, complete with impressive speedy turntable scratching. With one final room-filling hall kick, Miliyah and her four backup dancers entered to endless cheering and a sky full of glow-sticks as the revered pop singer ran through a good portion of her most popular tracks, both among fans and on the Oricon charts, as well as a couple covers, one of Utada Hikaru and another from the My Neighbor Totoro soundtrack. I was immediately taken by Kato’s voice, which had the range and soulful vigor of the best R&B and pop singers of the 90’s and 2000’s, but musically her songs felt indebted to everything from sample-heavy Shibuya-kei music to modern EDM/pop crossover music, as well as the sort of dramatic, soaring Japanese pop music that Kato herself helped make a staple in the world of Japanese music.

More so in 2017 than any other year in the convention’s past, the ever-shifting tides in anime culture were extremely prevalent, with most anime series I remember being the shit back in my first few years in attendance being either gone entirely or just a minor footnote among the most cosplayed and most represented series. In the first couple cons I attended, it was impossible to go more than a couple minutes without seeing at least five Death Note, Lucky Star, D. Gray Man, or The Melancholy of Haruhi Suzumiya cosplays, but nowadays you would usually only be reminded that these more legacy anime series existed when you’d maybe see one person cosplaying a popular character or wearing a T-shirt, and even early-2010’s favorites that’ll never go away like Soul Eater and Ouran High School Host Club didn’t feel nearly as prevalent as you’d think given previous installments. While some that have been going to the con for years and years may feel old coming to the con and seeing old favorites become the classic rock of anime, the overwhelming presence of fresh, exciting new series like Re:Zero, Noragami and especially Yuri!! On Ice (the most popular anime at this year’s con, bar none) isn’t exactly an unfortunate trade-off. 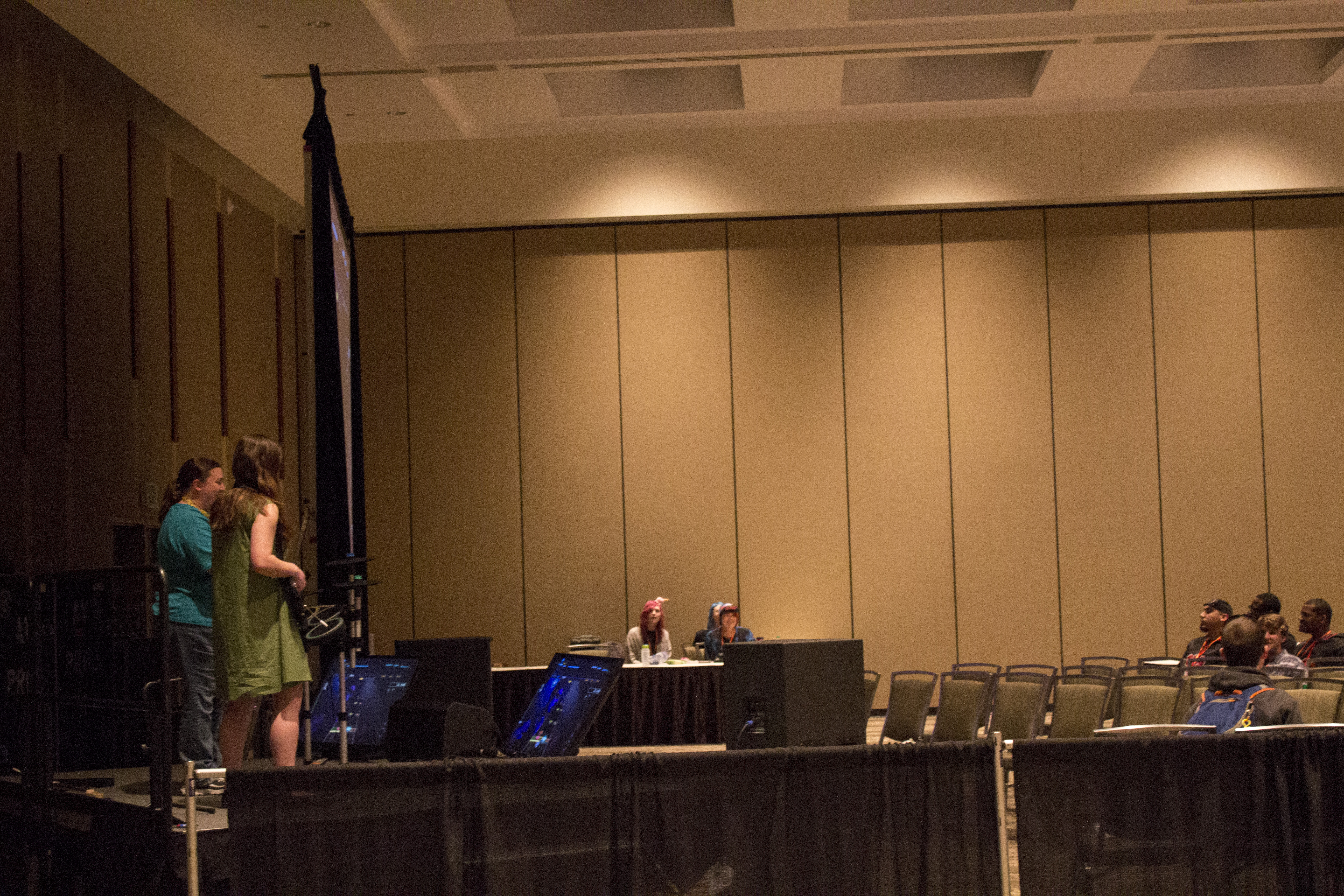 Any attendee will tell you that Sakura-Con isn’t a flawlessly-executed convention, but there’s an earnestness and inviting love in the air that makes it impossible to walk away with more bad memories than good. No matter how hardcore invested in the anime community you are, or how many expensive figurines of your favorite anime girls you happen to have in your room, Sakura-Con has a little something for everyone, and its friendliness encourages not only getting out of the house and supporting a community you consider yourself within, but also socializing and meeting other people whom are just as into your very specific hobbies as you. While its main focus may be more niche than, say, Emerald City Comicon, Sakura-Con is a place where you’ll feel welcome no matter what, and it’s only when your sad, but bittersweet Sunday at the con ends and you find yourself already ready to pull the trigger on an early pass for next year’s con that you truly find out why Sakura-Con has the hagiographic reputation that it does. 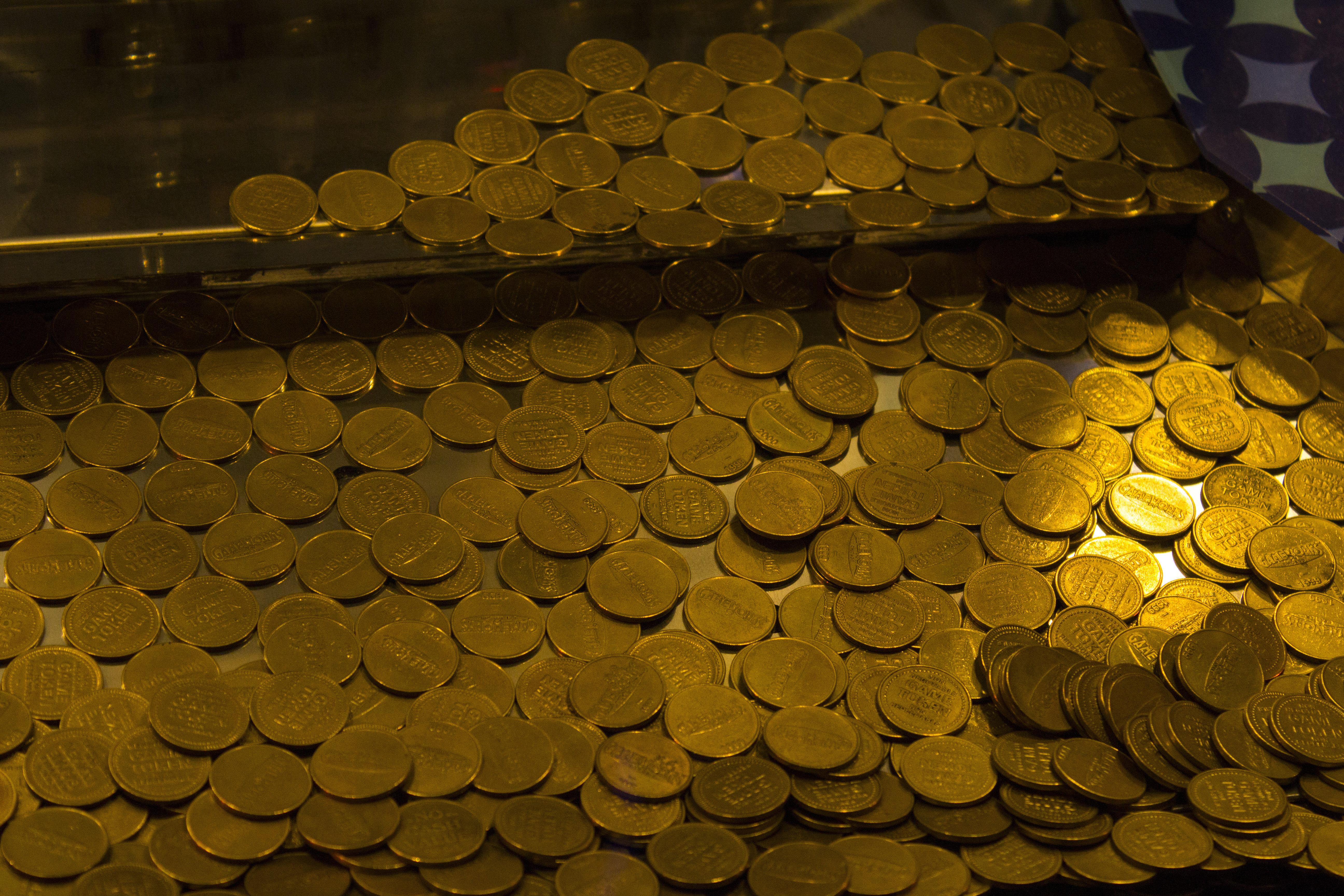