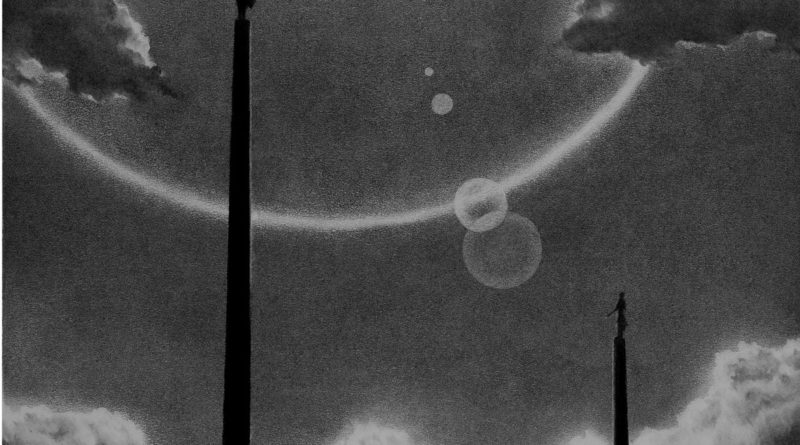 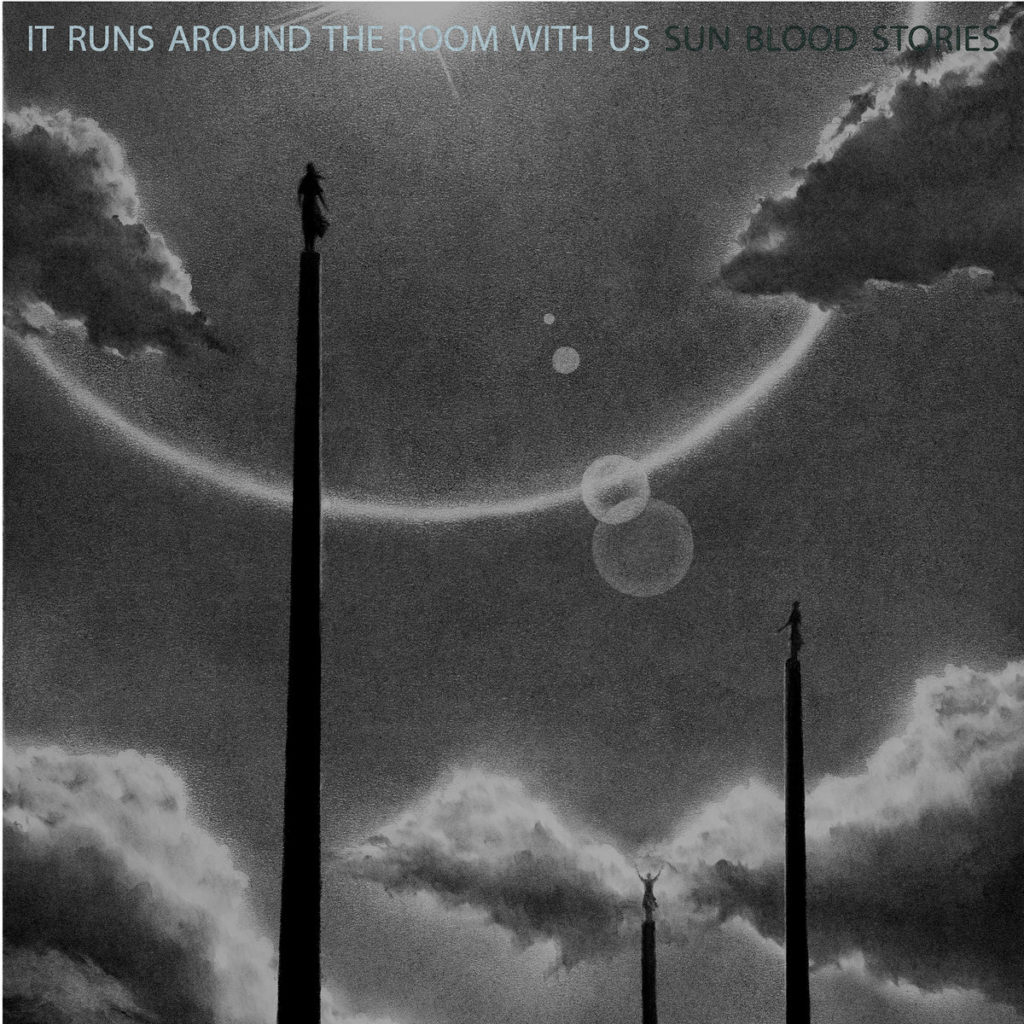 Gird your loins folks, the latest album from Sun Blood Stories is out today April 21st anno domini 2017. Recorded by the band in a Boise basement, It Runs Around the Room with Us begins with a soft, melancholic ballad that nebulously floats above a heavy fog of ambient droning noise. It explores the ineffable feeling of depressive loss in the early hours of evening and, according to vocalist Amber Pollard, describes the feeling of arriving at a destination only to realize it wasn’t quite what you hoped it might be. Sun Blood Stories succeeds in materializing this vision that is effectively continued into “Step Softly Ghost” which has the sultry plod and harmonic timbre of an early Grizzly Bear album before solidifying into a high gain guitar chunk slugfest.

In “Great Destroyer,” the band describes the obliterating nature of time that, like its primordial titan Kronos, consumes its young–no sooner giving life than initiating the process of decay. Vocalist Ben Kirby sings in a detached, deadpan drawl, “great destroyer, roll on” highlighting the simultaneously linear and cyclical nature of time. History travels in Hegelian spirals, ever repeating yet ever moving in some direction. This direction, Sun Blood Stories (and our own inborn inclinations) posits, is toward utter annihilation invoking Manhattan project spearhead, Oppenheimer’s apocalyptic interpretation of Vishnu’s words in the Bhagavad-Gita “I am become Death, the destroyer of worlds.” Time is an obsession of Sun Blood Stories, which given their propensity for drone, makes a lot of sense. They zoom in on a moment breaking down notes into their undulating reverberations as they exegete tone beyond a notes placement on a page. In “Time Like Smoke” (the longest track on the album), the image of smoke’s scintillating expansion holds the listener within it’s own limbo. Sounds, not necessarily discordant, but only secondarily connected rabbit trail off into unknown spaces alongside the main, ethereal melody in a similar manner to Boris’ drone masterpiece, Flood.

After listening to the brief but excellent “Burn” one is compelled to wonder why death metal bands don’t use female vocalists more routinely. Pollard’s harrowing screams will make your blood boil, curdle, and freeze as they ratchet up in intensity throughout the song’s length. Written after an experience in which Pollard’s maternal instincts led her to burn a decal of the Confederate flag in a courthouse parking lot, the song certainly reflects a mother’s imperious protective rage in response to any threat. Outside the confines of its origin story, “Burn” communicates a wide range of emotion very vividly. Terror, anguish, anger, and mourning are all tattooed viciously on the brain with separate needles.
The final track “The Enemy” trudges on through banal absurdity with the grim determination of a steamroller. In my personal iTunes library, It Runs Around the Room With Us happens to be placed right before Swan’s The Seer. The transition between “The Enemy” and The Seer’s “Lunacy” is almost seamless which is high praise for anyone as far as I’m concerned.

Mixed and mastered with nuance and taste by “The Dale Hiscock,” It Runs Around the Room with Us is largely about the ravages of time and forces the listener to pause and reflect. The instrumentation is extremely visceral and visual and the vocals are delivered with a world weariness that lulls the listener into an introspective torpor before breaking the reverie with a fuzzed out guitar riff by Kirby, a well placed vamp by drummer Jon Fust, or Pollard’s throat shredding scream. It’s amazing that an album about the impossibility of holding anything from time’s grasping claws–about emptiness–could be so full and complete.

(You can listen to It Runs Around the Room with Us below via Bandcamp and get more info about Sun Blood Stories on Facebook HERE.)