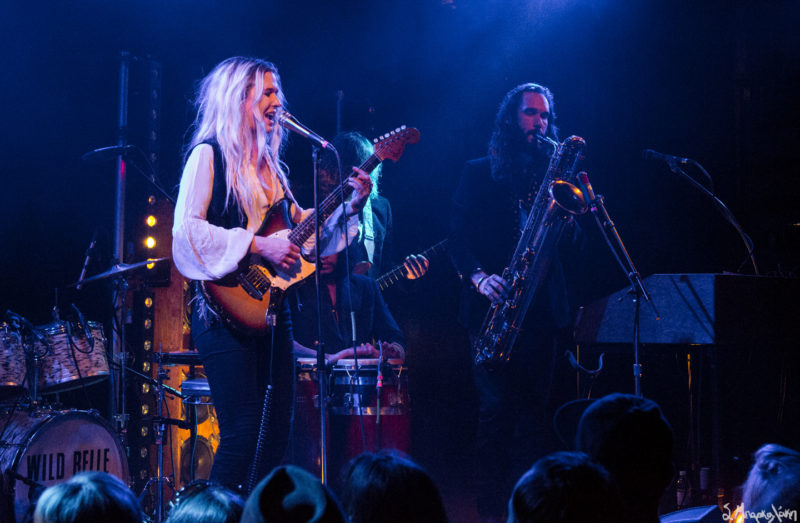 One of our favorite new finds from last year, Wild Belle, made their way back to the Emerald City, this time headlining a sold-out show at the Crocodile. It already feels so long ago since we first chatted and saw Wild Belle live back in October 2015. (If you missed that interview, it’s worth the read.)

The Tuesday night opened with Goodbye Heart and James Supercave warming up a lot of anticipating fans that were a little reluctant to share the scarce space in the venue. The main event took the stage around 11, with a quiet, shy start, which changed a few songs in as Natalie Bergman became familiar with her surroundings. Their latest album Dreamland has immersed them further into the music scene, along with their mainstream crossover single with Major Lazer, “Be Together.”

The sibling duo returned with a larger band, including a backup singer, which added a fuller arrangement to the already sultry vocals. Elliot Bergman stood behind the synth and stepped to the front of the stage sometimes to add focus on his saxophone solos. Everything flowed well, and the show was put together nicely.

The band played for about an hour total, and we all wished it lasted longer. The set included “Mississippi River,” “Dreamland,” “Our Love Will Survive,” “Giving Up On You,” and the main show ended with “Throw Down Your Guns,” which the crown was happy to sing along with. They came back and ended with “Keep You,” the biggest tune from their first LP.