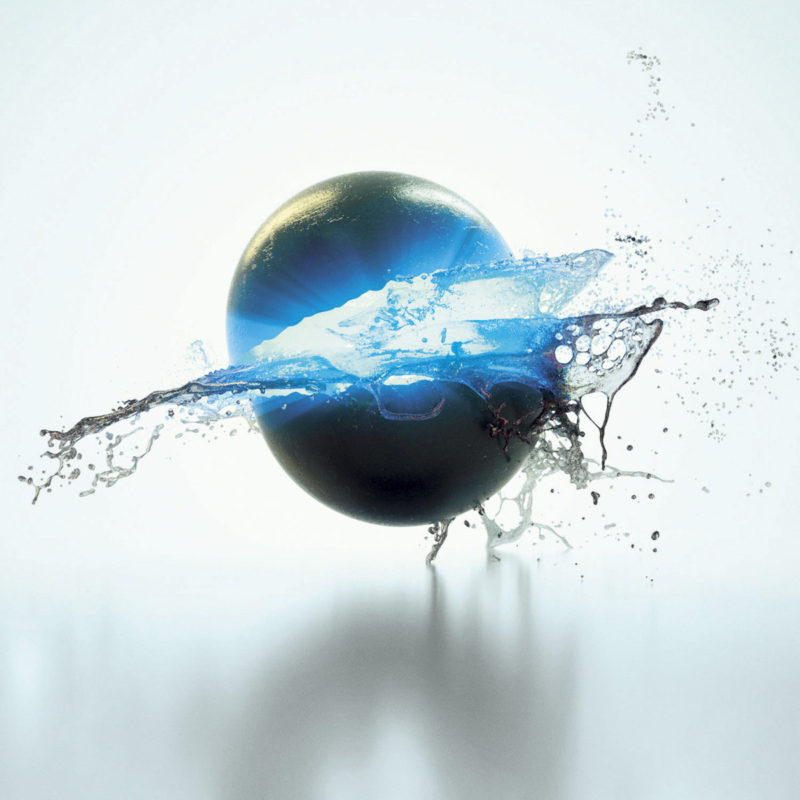 Back in the early 2010’s, a couple – D on vocals, and Jeremy Wilkins, a multi-talented musical impresario who is as “at home” with an acoustic guitar as with a complex arrangement of electronic beats and studio wizardry – started a project called Parasols. This was an unfocused group of pieces with electro-goth, industrial, and post-rock influences, at times pretty and ethereal but without clear vision.

As D & J’s relationship changed, they took a look back on their Parasols days and, with drummer Alec Eye, they have concentrated on electronic shoegaze and electronic production to form We Are Parasols. Infrastructure, their first release on NoMovement Records, out on May 20th, is an auspicious start – a tight ten-song collection that really delivers. This is a sound that the group has lovingly presented in a genre that all the members loved.

The first single, “re:Union,” dropped last fall, and celebrated D & J’s reunion as the new band, and as husband and wife!  It is a song about the positive as well as negative aspects of reuniting. As she croons “I’m not new // Never thought you’d come around // Sunlight promises to return now that the ghosts have all been heard,” the ambiguous past gives way to a positive future.

Their second single, released on May 13th (along with a great video) is “No Movement,” which represents the culmination of their new sound. The mix is complex and set with crazy pitched-up bass distortion that creates a beautiful and haunting piece. On its face, it’s a story about an android sex worker as a metaphor for the contrast of the numb comfort of a mechanical existence versus human passion, represented by stock footage of war-like scenes, itself a metaphor for man’s deep passion gone awry. The android is so badly abused on a daily basis that it must erase its memory daily just to be able to go out again looking for a more positive experience in the new day.

Other gems (including a great cover of “We Are So Fragile” from Gary Numan’s catalogue) round out the disc into an enjoyable and vital set. Be certain to listen to the haunting “Pollution (To The Sea),” penned by D.

(Infrastructure will be available on Bandcamp and iTunes on May 20th, 2016. Mark your calendar and partake! In the meantime, watch the music video for “No Movement” below.)