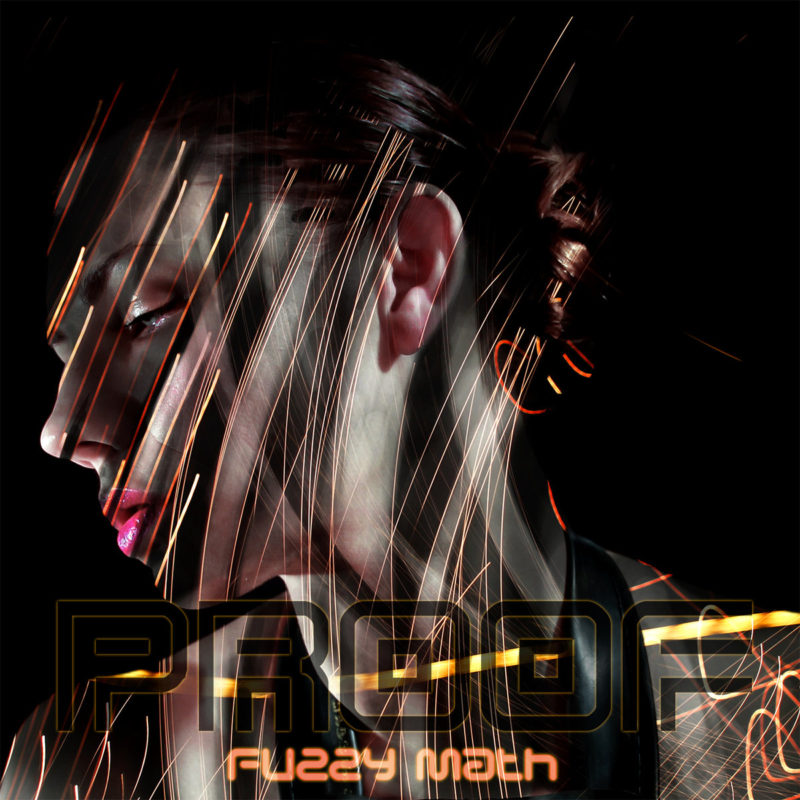 Fuzzy Math is a band out of Olympia. I caught their show in January this year when they played with Chrono Bats and FallStreak at the 4th Avenue Tavern. I really dug them because they are completely different from any band I’ve seen or heard here in the northwest, so of course, I bought their music, and am happy to report here that Proof by Fuzzy Math, released in 2015, is captivating. A little spacey with bits of humor and brilliant chord progressions that are dissonant enough to intrigue without making you cringe.

The ten songs on the disc are linked by the focal stylings of Dominic Jenkins, 23 years old, who wrote it, plays guitar, piano and did some programming. Yeah, there’s a bit of electronica on this disc, which adds to its rareness of sound. Cos Mo plays bass on this collection and David Gies provides the beats via drums, electronic percussion, and drum programming. Jenkins hits some mad high notes, but don’t mistake that ethereal sound for a woman’s voice. He does it all, and very well.

There’s a certain retro feel to “Withdrawal,” which harkens back to the sweeping melodies and cadence of the early 60’s “easy-listening with an edge” music. “Arson” has a Bob Seeger vibe and also could be a companion piece to any Sea of Misinformation song. SOM’s Ryan Giffin and Jenkins, in his lower range, could be related; vocally, that is. “Fiction” is a lonesome song with beautiful cello work, which seems to be a growing trend among northwest bands.

Two other songs stand out as noteworthy, “Dusty Boxes,” which is particularly punk in its appeal to me, at least, and “Flying Saucers,” which has a lot going on, including what sounds like actual audio from a news cast about flying saucers. The repetitive lyrics in some of these songs are insistent enough to work musically and add to the overall song rather than detract.

“David Gies and I have jammed together since 2010, and I learned how to play band music with him,” Jenkins said. “We called ourselves ‘Fuzzy Math,’ but we were only a two piece instrumental band.”

Cosmo joined the duo in 2012 and together, the band hammered out 10 songs, distinctly meshing their influences into a “collage of ideas,” Jenkins added.

Jenkins describes his writing style: “We’re kinda all over the place. Some songs I can hear every note in my head and it comes together and I’ll tell everyone what to play. Other songs, it’s a grind and we’re all frantically trying to figure out our parts that sound good together.”

(Learn more about this young band and their music at www.fuzzymathmusic.com. You can purchase/stream Proof digitally through https://fuzzy-math.bandcamp.com/releases, or on physical CD via CD Baby. Watch the video for “Flying Saucers” below.)