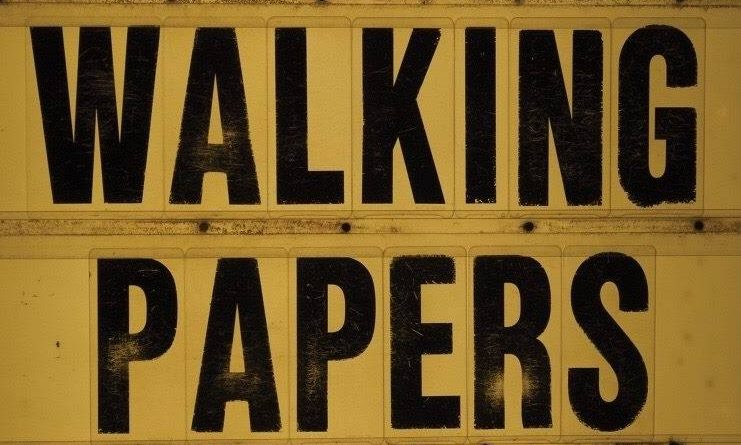 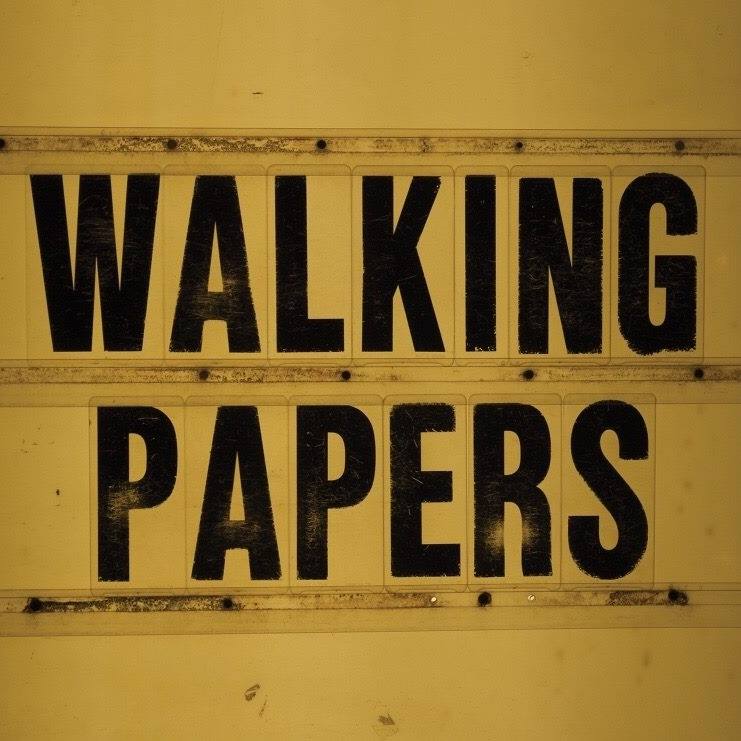 Walking Papers return, with their second album in five years. The snappily entitled WP2 serves up slice after slice of well-crafted hard rock, leavened with a nice dose of pop melodicism — which is another way of saying, “Hey! This is pretty catchy stuff!”

The band’s something of a side project for its members; Jeff Angell and Benjamin Anderson from The Missionary Position and Staticland, that Guns N’ Roses guy (Duff McKagan), and Barrett Martin, who’s had his fingers in innumerable musical pies (Screaming Trees, Mad Season, Skin Yard, Tuatara, and too many other ventures to list here). The fact that McKagan’s been touring the world with GnR of late may account for the break between albums.

WP2 gets off to a strong, solid start with “My Luck Pushed Back,” a taut, toe-tapping rocker about life on the edge, with a sizzling guitar solo dropped in the middle. Most of the album is similarly inclined, as you’d guess from the titles, like this trilogy: “Don’t Owe Me Nothin’,” “This Is How It Ends,” and “I Know You’re Lying.” The lyrics are just as acerbic, as in the roiling “Death on the Lips,” with its observation of women getting dressed for a big night out: “They suck on cigarettes/like cancer doesn’t exist.”

It’s not all rough and tumble though. The tempo slows down for “Red & White,” and by upping the blues quotient (especially in regards to Angell’s vocals), the band manages to avoid slipping into the territory of the dreaded power ballad. “Yours Completely” also eases up on the pedal, not surprisingly for a love song. The aforementioned “Don’t Owe Me Nothin’” is a slow, late night ramble, contemplative and somewhat mysterious.

The uptempo stuff gives Angell more of a chance to soar though, and the band sounds like they’re having fun right there along with him (this is a crew that knows what they’re doing). “Into the Truth” is a stomper, a raw, fuzzy workout. “Somebody Else” and “King Hooker” are relentless, propulsive. But it’s back to something more on the brooding side on the epic closer (seven and a half minutes), “Right in Front of Me.” Mournful and moody, it gives an unexpectedly haunting end to the record — another sign of the band’s versatility (it’s also a model of restraint; the fadeout goes on for over two minutes).

Check out Walking Papers’ Pledge Music page HERE for packages that offer various goodies along with the album. You can also connect with them on Facebook HERE to stay updated about upcoming shows and other news.