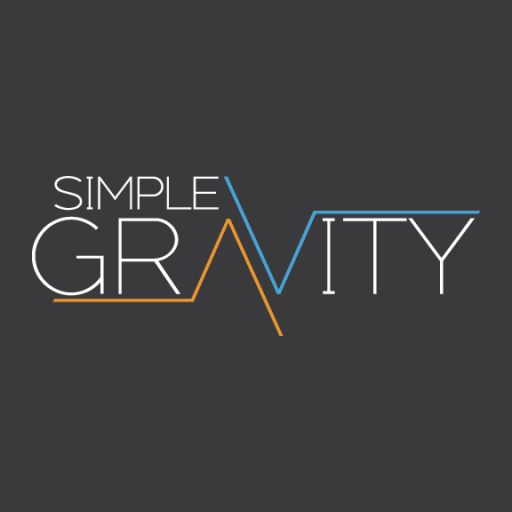 Just when you think everyone in Seattle has given up good ol’ alt rock for some derivative electro-folk crossover, along comes Simple Gravity. The relatively new three-piece band bows to now-vintage 90’s and early-aughts alt-rock – think Red Hot Chili Peppers, Maroon 5, Audioslave – compressing it into their own tricked-out, groovy throwback style.

“The Feeling,” the lead-off track from Simple Gravity’s five-track self-titled EP, is a force of crashing cymbals and bass-lines, an up-tempo, forwardly-mobile track that relies mostly on attitude and force. “Meant To Be” borrows heavily from the vein of Maroon 5, with vocalist and guitarist Andrew Hamilton even throwing in the upper register vocals. Less effective than Adam Levine’s, it’s a noble effort on Hamilton’s part to carry the heavy weight of more vocal focus.

On “Tongue Tied,” the straightforward guitars hold more weight, but halfway through the EP and we’re basically riding the same wave of driving tempo. The tracks are generically catchy and would likely make for a decent live performance with a lot of local bro-dude head nodding. But it’s not until track four that the band seems to stretch into their capability with a melody.

“Dream for Me” may borrow heavily from the down-tempo alt-rock of RHCP et al, but at least it makes for some variation. The lyrics seem to attend to the rise and fall of personal fates, hard luck, and life choices – again, not a major stretch – but there are interesting transitions that feel more thought-out. “Stay Up” brings back the quick drumming of Dustin Woolridge – the pace is impressive, and the rising chorus breaks up the track between instrumental fits.

Closing with “Move Me,” the EP most definitely has a cohesive presentation. Here, Larry Patrick’s bass again pulls us back into the 90’s, with its grooving, uncomplicated pleasure. This final track does show off a bit more vocal range for Hamilton and some acrobatic tempo changes that round out the EP. It’s a very northwest-feeling release; I can see the tracks translating well to a live show, and what it may lack in originality – hey, what does originality even mean anymore? – it makes up for in effort and technical ability.

(The Simple Gravity EP is available to purchase digitally or on physical CD via the band’s website. You can stream the EP below via SoundCloud.)