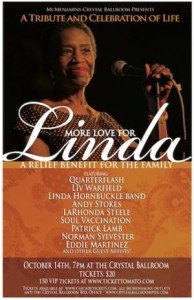 Anglophilic music fans of Seattle that like to be on the cutting edge of modern-day hard rock are cordially invited to check out Chinese heavy rock outfit Twisted Machine, who will be playing a show in Seattle on Sunday, April 3rd. As part of their Lost in Beijing Tour, which aims to share the band’s culture and sharp music with a Western audience, the band will be making an appearance at El Corazon.

Formed in 1998, Twisted Machine have been very successful in their home country, selling albums in the six-figures without the aid of major label promotion and distribution. Released in 2003, Back to Underground is one of the most successful albums in Chinese rock/metal history. The band hits hard with a tasteful combination of hard rock and nu-metal, with some classic rock nostalgia thrown in for good measure. Though the band is yet to effectively cross over into the Western music market, the band hopes to capture at least a portion of the popular consciousness with the Lost in Beijing Tour.

Tickets to the show are priced at $15 for general admission. The show is 21 and over. You can purchase tickets via Ticketfly here.