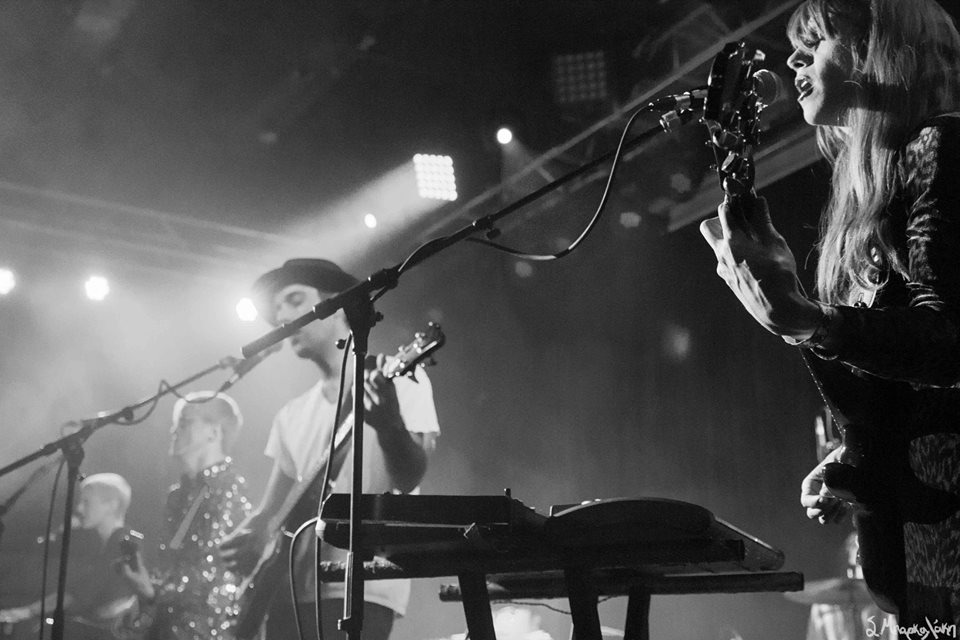 Coming out to Neumos on a Wednesday night and seeing it packed like tonight is a great indication that the show will be good. I know staying up late to see a couple of favorite bands will be worth the exhaustion in the morning at work. Radiation City took the stage and their colorful dream pop music had everyone swaying left and right singing along.

They recently released their third album Synesthetica under new record label Polyvinyl. Some of their most popular songs include “Zombies,” “Foreign Bodies,” and “Juicy,” all of which fortunately made an appearance at the band’s Neumos performance.

After the stage was repurposed, Deep Sea Diver made their way out to the stage with the front being taken mostly by Dobson, while the rest sat a little behind, more aligned with the drums. They are currently on tour supporting their second full-length Secrets, which just came out. Frontwoman Jessica Dobson, who is also a former Beck and Shins guitarist, demands nothing but attention while on stage switching between her guitar and synth. Sometimes she sings without playing an instrument, just sitting on top of a Diver logo light box they have on stage which serves as the band’s logo as well.

She started DSD as a solo moniker but then expanded her collaboration with others in order to create a band. Drummer Peter Mansen (who is also her husband), bassist Garrett Gue, and guitarist/keyboardist Elliot Jackson produce a great chemistry that is pleasant to watch and hear. Favorites include older cuts “Ships,” “You Go Running,” and newer tracks “Secrets” and “Wide Awake.”

Their new sophomore album released under their own High Beam label, grows with their sound while keeping the same feel of flowing so well while listening.  The songs are all a pleasure to hear and they are uniquely different but sequenced so well to fit perfectly one after another.