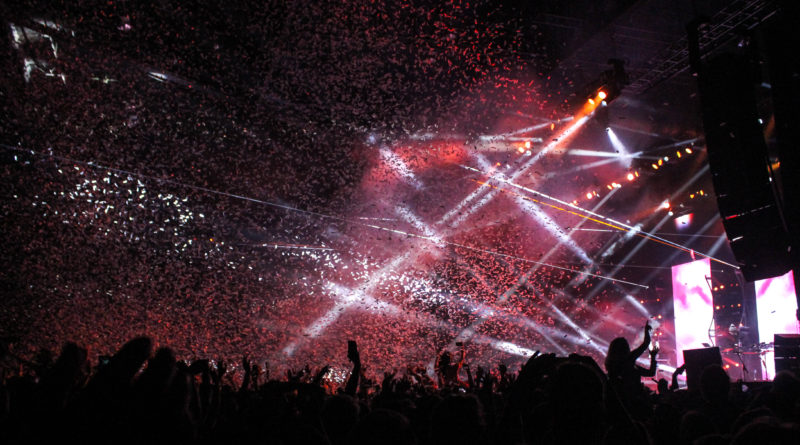 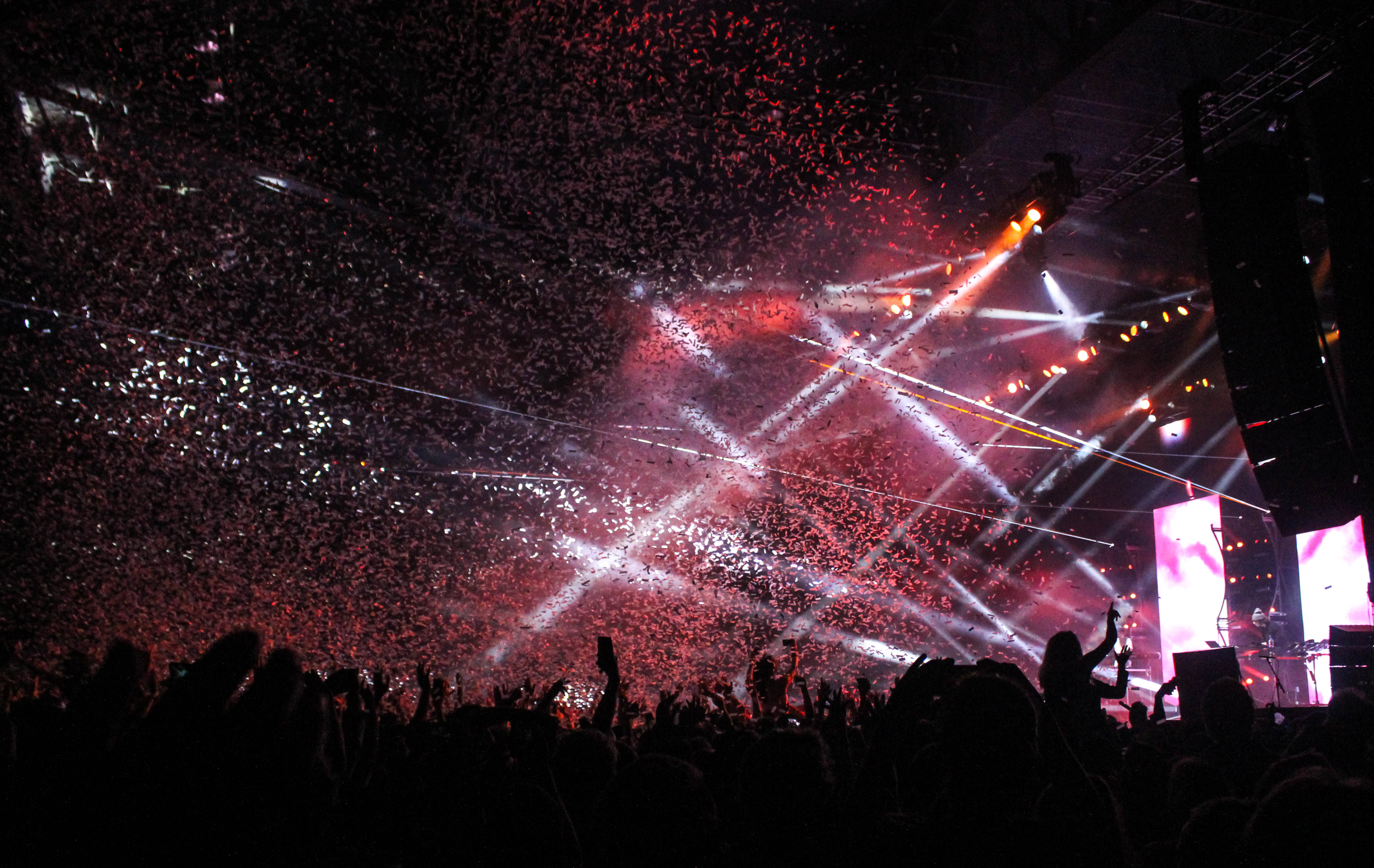 That the collaborative magic of two of the EDM scene’s biggest and most unstoppable forces, Porter Robinson and Hugo Leclercq, better known as Madeon, has made for some of the most memorable music occurrences in 2016 should serve as an important lesson to other musicians: when two artists are noted for having an extremely similar approach to the way their music sounds, maybe the best course of action to take isn’t to make a diss track calling them out or to completely bury them on Twitter, but instead to put your creative minds together and reap the benefits of whatever complementary sparks are sure to arise. The old saying goes that great minds think alike, and the release of “Shelter,” not only an incredible piece of shimmering, indie-flavored dance music with the most irresistible vocal hook in a house track since Zhu’s “Faded,” but one of the most ambitious and well-realized music videos we’ve seen in a long time, proved this notion ten times over. Some might say it’s a bit overkill to book a massive co-headlining tour based off of just one new single, but the massive demand for the duo’s back-to-back Shelter Live Tour made it clear that this was going to be an event no one in attendance was bound to forget anytime soon.

The Shelter Live Tour tore its way through North America like a radiant, neon-lit tornado for the better part of three months as year’s end drew closer. The Seattle date at WaMu Theater was the final show of the North American tour, and even before we all made it into the venue, we could physically feel the burning anticipation as it permeated us all in equal measure with Seattle’s prerequisite near-freezing December-time weather. Decked out in everything from stylish merch from either or both of the show’s headliners to anime tees and hoodies, Monokuma kigurumis, LED-lit cat ears, or eye-popping, albeit minimally-covering rave-wear that left many shaking and moving around desperately to maintain feeling in their bodies, thousands of eager fans were more than willing to bear the bitter cold and accompanying rain, even as the doors took their sweet time being opened to the hungry public, for the opportunity to catch the final performance of an extremely hyped tour that almost sounded too good to be true.

Once inside, everyone rushed with vigor to the stage as and Madeon and Robinson’s carefully-selected opening acts prepared to inject the audience with just the right amount of candy-coated adrenaline we’d need to be physically prepared for the main event. Up-and-coming Toronto producer and remix extraordinaire Robotaki started the night off the right way, appearing before us with little more than stylish dim lighting and his logo projected boldly behind him as he wasted little time wooing us through a varied and blood-pumping set that bobbed and weaved between futuristic house, appealingly zany trap music, and some slower-paced electro-pop palette-cleaners better lent to head-nodding and spacing out. Robotaki’s set concluded with his grandiose, nicely-textured remix of Gigamesh’s “History,” perfectly setting the stage for Dutch trap and future bass eccentric San Holo to take the stage with no momentum-killing intermission to turn the dial up even more through an even more varied and beautifully over-the-top set. San Holo’s performance pleased most through its playful fervor, unique sound palettes and skull-crushing beats, which took on many unique forms, but were uniform in their ability to make you go what is scientifically known as “totally off the shits.” The aspect of his set which stood out to me the most was his unique taste in DJing material. Though perhaps dropping “Hotline Bling” for audience interaction is a bit old hat at this point, it’s not every day you go to a big electronic music show and hear someone drop intense, dance-floor barnburner remixes of Blur’s “Song 2,” Clams Casino’s “I’m God” and Peter Bjorn and John’s “Young Folks” come in out of nowhere.

Proceeding a 15-minute interlude, in which every passing minute felt like an hour we had to endure, the lights slowly dimmed around us, the endless chatter of several thousand antsy and sky-high fans was halted and quickly turned into some of the most excited cheering and screaming I’ve been taken aback by at a concert. The dark theater was quickly illuminated as the stage lit up in a sea of bright, mood-enhancing magenta, followed shortly thereafter by Madeon and Porter Robinson emerging and waving to thousands of adoring, ecstatic faces, with Leclercq ultimately taking stage right and Robinson left. Madeon ushered in a night of life-affirming wonderment with a brief introduction, mentioning how this was the last date of the tour, and thus this night will be an emotional one, before the introduction to “Shelter” faded in from the speakers, as if gently entering the theater’s air for us to breathe in and become high off its emotion and synthesized beauty. Madeon was happy to provide live vocals for this track, as were the majority of audience members, and it quickly became difficult to make Leclercq out among the thousands of fans that knew all the words and were happy to have a theater-spanning sing-along. In the live setting, the track’s vivid synth-scape and slow, easygoing groove made it the perfect way to open their set; while the night quickly escalated into tracks whose energy demanded you jump all around and forget how to do anything that doesn’t have to do with moving along to the percussion and feeling giddy from being wrapped up in the songs’ bright atmospheres and lovely melodies.

Porter Robinson and Madeon have been close friends and have been making music together for around a decade (a fact Robinson relayed to us in medias res, noting this relationship dating back to their days on an old electronic music-centric forum), and this chemistry and genuine understanding of one another’s artistry showed through in just how naturally the duo’s back-to-back performance flowed. It wasn’t just a case where one would play an original song and then the other would play theirs, hollowly taking turns hogging the spotlight until the night was over. Rather, the duo would often mash up songs of theirs, letting their individual tracks have enough presence to be recognizable, but polymerizing various notable elements their songs into pieces that were wonderfully-executed and effecting in their own right. A mashup of two of their most notable respective singles, Porter’s “Sad Machine” and Madeon’s “You’re On,” was performed towards the beginning of the set, and made for one of the most striking moments of the night. While the latter is a sturdy and catchy pop-EDM track with some nice bit-crushed synthesizers and a slick chorus, “Sad Machine” is among the most emotionally moving and blissful songs Porter Robinson has penned to date, and right from the moment Vocaloid Avanna cut through the audience applause with the memorable “Is anyone there?” intro, we were hooked.

The performance was a winner just based on the strength of its music alone, but the immaculate attention to detail in the performance’s visual design and theatrics helped make the duo’s live performance one of the most spectacular I’ve ever experienced. Porter Robinson, Madeon, and the others that helped put the visual performance aspects together clearly put a lot of care and thought into how every single aspect of this show should look, and more importantly, how they can use these jaw-dropping displays to enhance the musical performance side of things, rather than being a crutch for the duo. Piercing lasers, powerful and plentiful light beams, and the perfect amount of fog were just as pleasing to the eyes as the music was to the ears, and the myriad projections throughout the night were what brought everything together. Whether the duo was backed up by projections of glowing green orbs, Dodger blue water, neon-colored digitized cityscapes, abstract low-poly objects, or brief flashes of Rin from the “Shelter” music video during its performance, the projections were not only breathtaking to look at, but perfectly enhanced the mood of every song when they appeared. Throw in enough sparks, fire, paper rain, and streamers shot out in the audience to make an overspending glam metal band jealous, and you had a recipe for some of the most intense drops of your life. 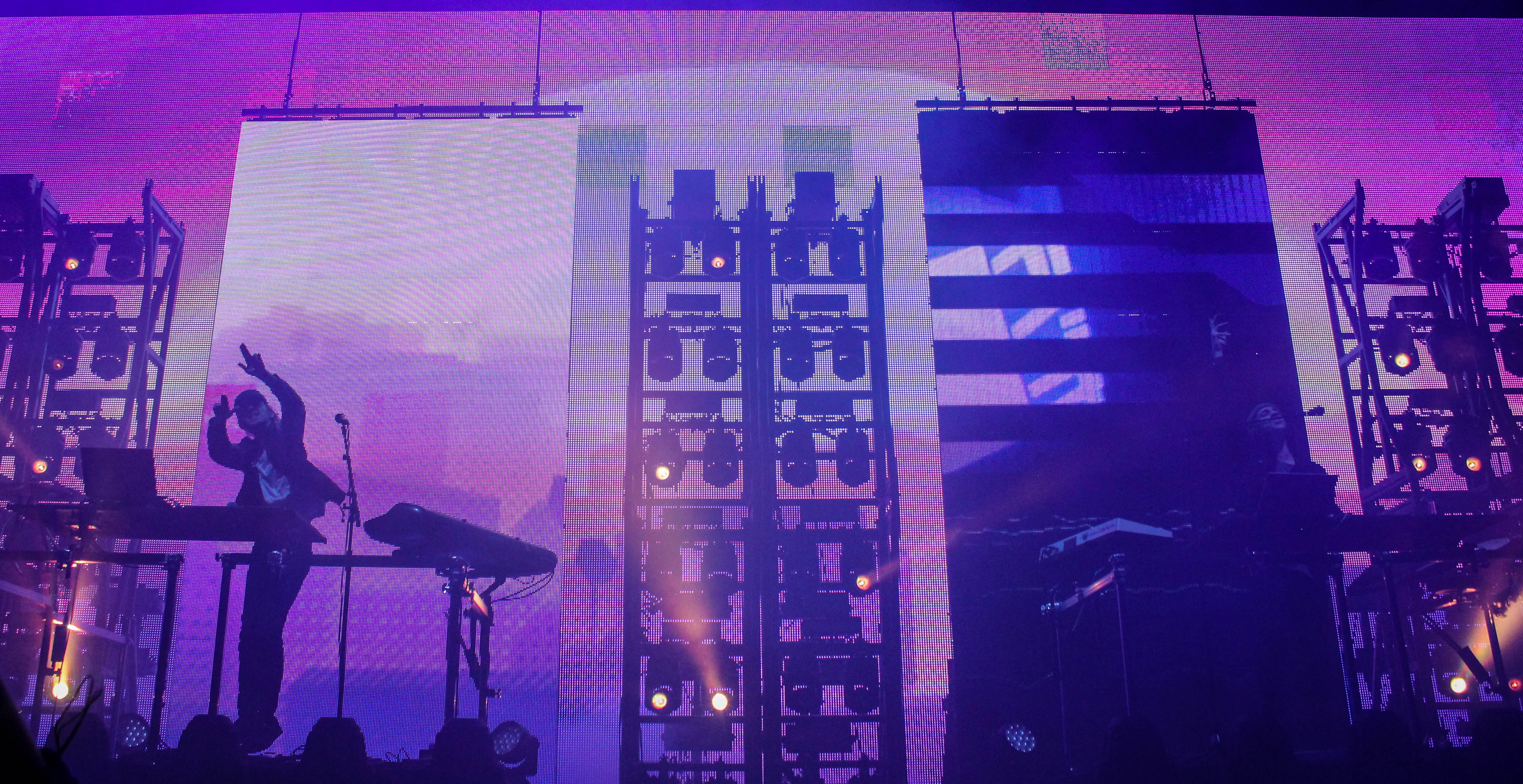 It’s difficult to look back on the Shelter Live Tour and think of anything but happy, fuzzy thoughts and reflections. It isn’t often you get to experience a live performance where everyone involved cares so deeply about the live experience, meticulously fine-tuning each moment to ensure the audience leaves completely blown away. It’s difficult to say whether or not we’ll get another Porter Robinson and Madeon live tour of this style, but I hope for the sake of everyone that wanted to go to this massively sold-out tour but couldn’t that a similar tour is brought through North America at least one last time, because it really was that special. I’m not the same person anymore after that show. From now on, refer to me only as Jess Casebeer II, because the previous incarnation of myself died and went to electronic music heaven Saturday night. 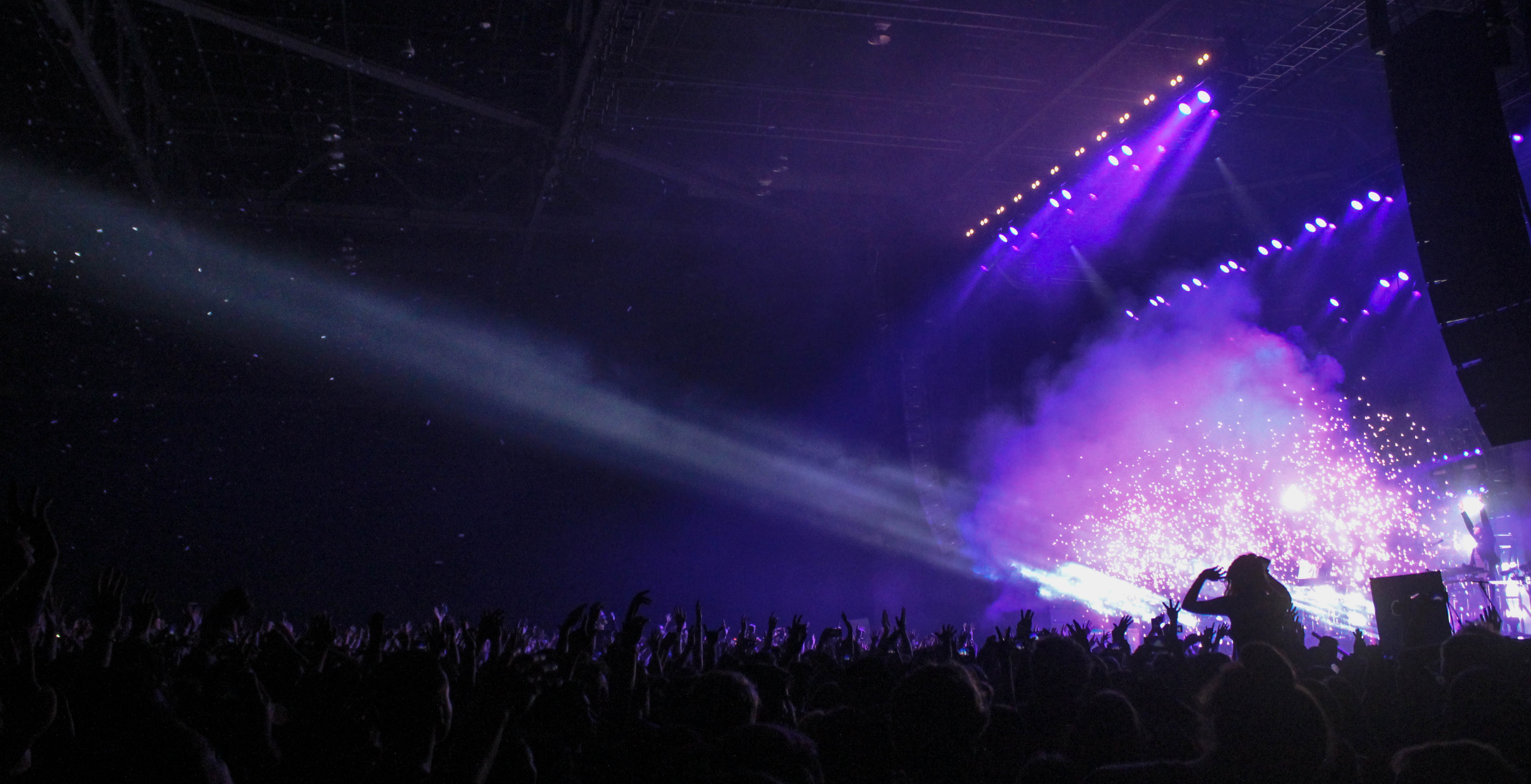