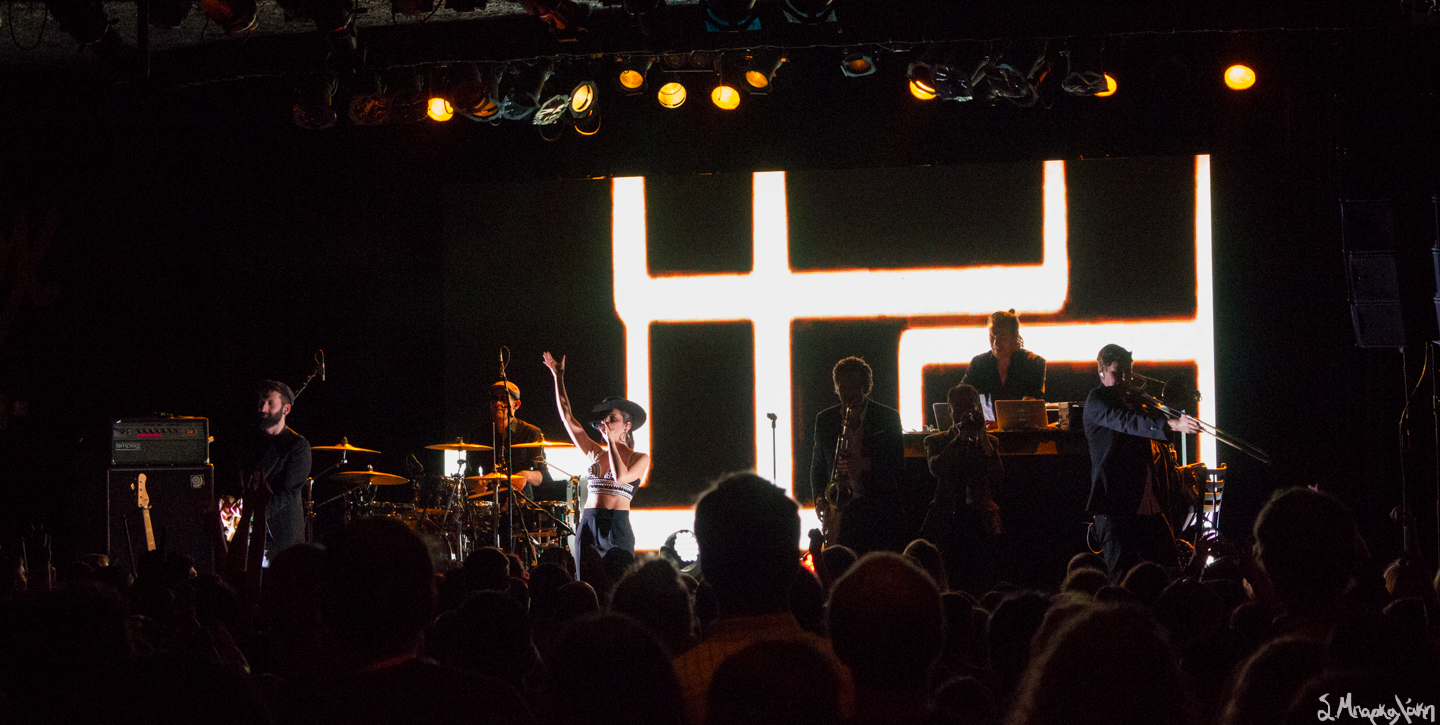 I’m really happy when an artist that has been huge in Europe eventually makes their way over to the states. I’ve been waiting to see Marcus Fureder, better known as Parov Stelar, for a while, so this night couldn’t have come quicker. It’s the first time that a lot of his live band members are playing the West Coast (a tour which included a stop at Coachella). Seattle was lucky enough to get a show that sold out pretty fast.

The night started with openers Stelartronic and Anduze, the latter of whom took to the stage with a guitar. He covered Chris Isaak’s “Wicked Games” in the most heartfelt way, a song that I still enjoy hearing after all these years. The beat picked up after that, and his last song was “Kiss Kiss,” his first original collaboration with Stelar. He shared how he liked it so much that he added his vocals and send it to him via email back then. Stelar emailed him back saying he liked it and after that, that he would like to collaborate with him, and now 5 years later, they’re on tour together.

What was really cool and different about the night was that a lot of people were dressed up like they were going to a swing bar ready to dance. Stelar came on around 9, and took his place behind his table set up in the right corner, while the singer, trombonist, saxophonist, and trumpeter were in the front of the stage. I think what really differentiates him from everything else in dance is that he created another style that is synonymous with his name, something he does so well; it works out perfectly live, which adds to the performance, instead of him being just another DJ behind the booth.

His show was like nothing I’ve seen in the states, something I wish we had more of in night clubs. He brings the elegant European feel along with his fresh sound that made the night such a pleasure. The only sure thing is that he will need a larger venue next time he comes back, as the Showbox was packed to the max. He’s definitely an artist worth checking out, whether it’s in the live setting or on record; my favorites that he played include “A Night In Torino,” “Catgroove,” “The Sun,” “Jimmy’s Gang,” “Booty Swing,” and his biggest hit, “All Night.”

Hailing from a small town in the South of Brazil, I was taught to pursue and create anything I wanted to see in my world… So I did. Music was my first and foremost inspiration and ever since then has been leading the way to a life full of wonders. With many stories to share and a recent move to San Francisco, I found myself drawn into another beautiful world comprised of lights, cameras, lots of fog & action, and soon enough I was photographing live some of my favorite bands as a way to genuinely document the amazing world I was living in, and to capture and keep alive those special moments which once existed but could have been forever lost otherwise. Since then a decade has passed, and I have realized that I can only truly be where the music is. So today, I am beyond happy to call Seattle home.