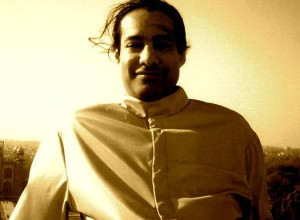 All-ages-all-the-time venues are a tragic rarity in our local scene, so when one opens, especially in a place like Tacoma (which doesn’t get new small independently-owned concert venues all too often), it’s a novelty that should definitely be supported and kept afloat. If you want to support a fantastic local underground venue, and see some kick-ass music from our local scene, then don’t miss out on seeing Black Breath at Real Art Tacoma on Thursday, May 26th.

Black Breath is that Seattle-via-Bellingham crossover thrash metal band you may already be familiar with as being a completely face-melting and punishing metal act. With three albums under their belt, beginning with Heavy Breathing in 2010, Black Breath have also proven themselves to be a pretty versatile act in the world of modern metal. Their chops as a band, as well as their cohesive studio albums, have made them a force to be reckoned with, and a band popular with both regional fans and those outside the Pacific Northwest.

Presented by the annual Rain Fest, the night will also feature performances from powerviolence act Weekend Nachos, whose performance at Real Art will be their last West Coast show ever, Tacoman hardcore act Wreck, straight-edge hardcore outfit Response, and Seattle hardcore-punk-your-ass-off band Mysterious Skin. Advanced tickets will be $17, while day-0f-show (and presumably at-the-door) tickets will be $20. For more information, consult the Real Art website. Definitely one to add to your live music to-do list.