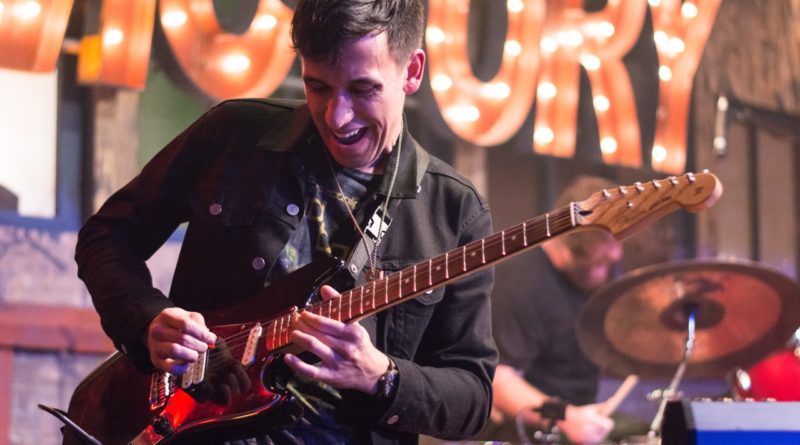 Band in Seattle, a local TV show filmed right at our own Victory Studios does a fantastic job of giving local artists a chance at the spotlight, and the recording of each episode is even open to the public for just the price of a $10 ticket. To kick off their fourth season, Band in Seattle brought in two killer local groups for their Friday night taping—Mirror Ferrari and My Goodness. The groups had incredible performances, and all in the intimacy of a small crowd for a short little night sure to leave an impression.

The taping started with a performance by Mirror Ferrari. They’re not super big around Seattle, so I wasn’t quite sure what to expect, but the group definitely blew me away. Their sound has the easygoing and echo-y lo-fi of something like Tame Impala, but the vocal depth more similar to Kings of Leon.

While the few songs from their new EP don’t exactly set themselves apart from the each other, the unanimity of the set actually strengthens it. Mirror Ferrari allows you to get lost in their set as one song quickly fades and transitions into the next. And even though the performance only lasted for about a half hour, that was just enough time to leave their mark on the crowd, and leave us wanting more.

For the second band of the night, Band in Seattle pulled in My Goodness, a heavier rock group than Mirror Ferrari, yet still shocking in their own sense. I finally got to see these guys at 107.7’s Deck the Hall Ball a few months ago, but their Band in Seattle performance was tighter, more passionate, and somehow even more impressive than it was in December.

My Goodness’ sound ranges from more delicate moments that almost sound like something from Young the Giant, to a more intense sound like that of Royal Blood. As they played all their hits, such as “Cold Feet Killer” and “Islands” that have been floating around local alternative radio, the crowd swayed and bounced along happily, watching the boys rock out. With such a high energy set, their 45 minute time slot felt short, but also didn’t leave it feeling incomplete.

Even with their different sounds, Mirror Ferrari and My Goodness were great compliments to each other, and showed how talented either end of the alternative spectrum can be, regardless of how long they’ve been around. Mirror Ferrari had a set that’s not to be missed as it sucks you right in and flies by much too quick. My Goodness doesn’t let the energy die down with their catchy guitar hooks and hard hitting melodies, and definitely offer an impressive set to the local music scene.

(You can check out a video of the show on Youtube HERE and get more info about Band in Seattle at their website HERE.)