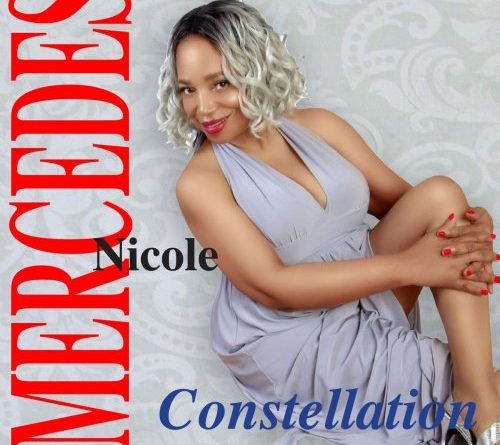 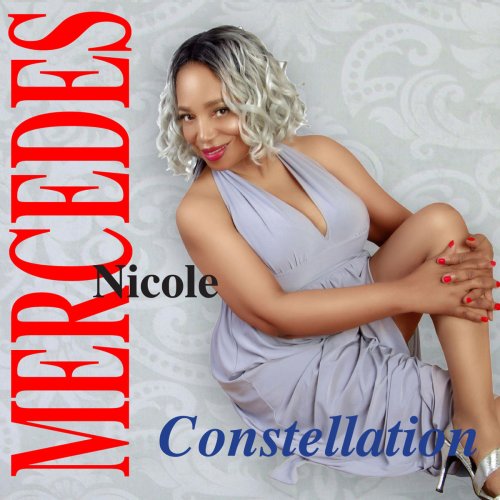 Seattle based jazz vocalist Mercedes Nicole returns to the source for her fourth album, Constellation, released in April 2020. Classically trained singer that has made inroads in the Jazz scene for some time now, winning a songwriter award in 2018 and collaborating with some of the finest players in the region.

Her new 10-track album is a collection of blues standards and pop inspirations played by some of the finest musicians the city has to offer. She brought the ensemble into Orbit studios in Seattle to be recorded by Joe Reineke. Keyboardist Jake Sele anchors the rhythm section supported by the acclaimed Evan Flory-Barnes on double bass, while D’Vonne Lewis’ and Brian Kirk shared drumming duties and Thaddeus “Thaddilac” Turner and Jerry Wirkkala lent their guitar skills, but the other real star of the show was multi instrumentalist Jay Thomas who played amazing trumpet, Alto, Tenor and Soprano sax on several tracks. Originator of the form Jelly Roll Morton said “Blues has always been at the root, giving the music its spirit, so any composition can be played as Jazz because it is a Style.” Nicole and the fine group of players take that notion to heart.

Opening track, the Duke Ellington standard,“ I Ain’t Got Nothing But The Blues,“ sets the tone for the session, by placing Nicole’s contralto in the middle of an easy swinging rhythm section and having her trade off with Thomas on trumpet for the verses before giving away to pleasing solos on piano and bass, creating a very strong opening number. She then tackles the oft recorded T-Bone Walker classic, “Stormy Monday,” wisely choosing to stay soft on her delivery, avoiding the vocal histrionics often heard on covers of the slow blues standard. She and the fellas then add some lively bounce to “Rich Man Blues,” “pumping up the track first recorded by Dinah Washington and Lucky Thompson’s All-Stars In 1945. Sele does double duty on piano and organ during “There’s Something On Your Mind,” laying down sweet Hammond B3 on the old timey Blues from The Big Jay McNeely catalog.

Jerry Wirkkala from Amigos Nobles artfully layers flamenco acoustic and electric guitars on the first original track “Your Love, “co-written by Nicole, which gives testimony to her devotion. In an interesting turn of events, Nicole explains that she intended to cover the beautiful love song “Turn Me On,“ from Norah Jones as a duet with Thomas but upon hearing his lovely saxophone decided to leave her vocals off and keep it as an instrumental track showcasing his amazing talent. Next, Nicole bravely or brazenly takes on the sensational pop ballad, “I Can’t Make You Love Me,” wisely staying true to Bonnie Raitt ‘s original version from 1991 that reminds us of a time a century ago when all the most popular tunes had jazz sensibilities. She pays tribute to the King of the Blues on “The Thrill Is Gone,” swinging up B.B. King’s most revered song, then pairs down the Dinah Washington hit, “This Bitter Earth,” utilizing a sparse accompaniment of only piano and violin from University of Washington grad Yun-En-Liu to help her bring out the emotion of the melancholy aria. The album closes with a track written by Seattle guitarist James Howard, “Path Of The Mystic.“ A funky Go Go beat dance number with a power of positive thinking message for everyone “to be the change you want to see in the world,” that Nicole explains in the liner notes , for her encapsulates the essence of the entire album.