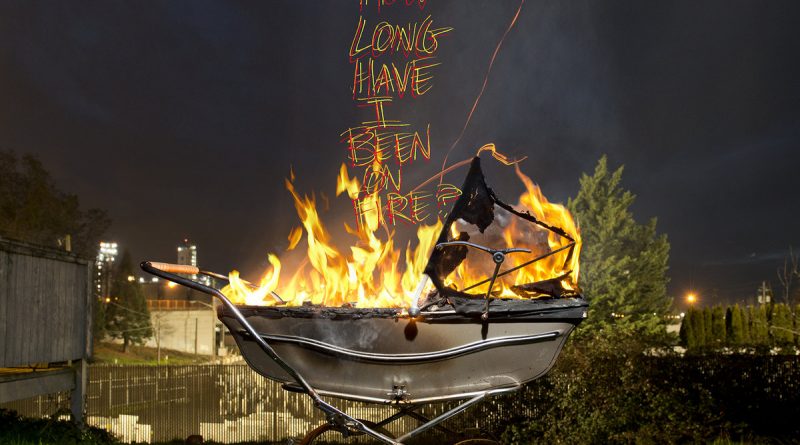 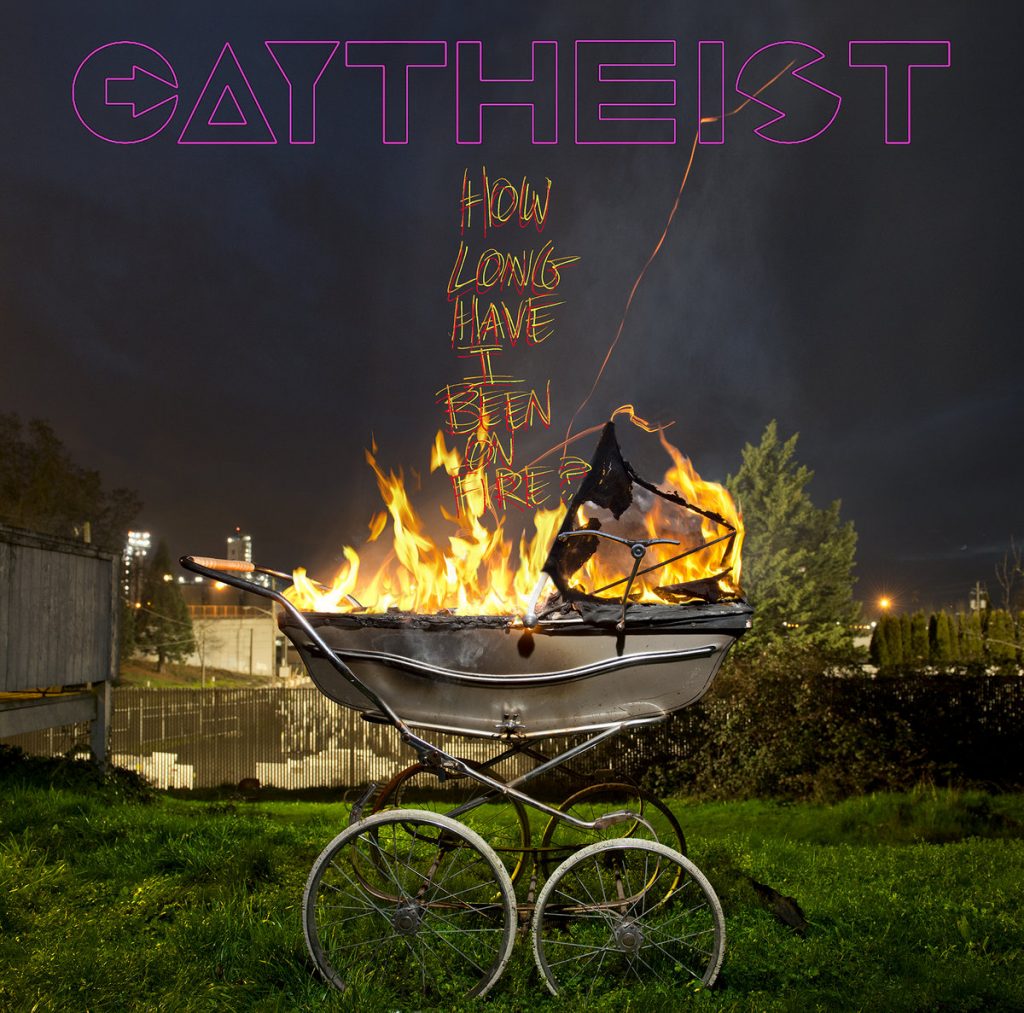 The title of the fifth full-length album by Portland, OR-based Gaytheist poses a question I think we’ve all asked ourselves at one time or another: How Long Have I Been On Fire? It’s a rousing, roiling, raucous album by a group often tagged as “metal,” but with their punk, hardcore, hard rock, and yes, even pop influences clearly evident as well. It’s what keep the music so engaging.

The album gets off to a bright and punchy start with “The Dark Deep,” the deep in this case referring to the ocean (or at least that’s the metaphor). The band’s going down, of course (“Won’t you take my hand/and sink with me?”), but there’s such an upbeat feeling to the music that it actually sounds kind of fun. It’s got the kind of propulsiveness that gets your head banging automatically, before you even realize what you’re doing.

There are many such hard driving numbers on Fire. “Hashbrownsblessed” is a great song of frustration, the kind of song you want to hear after a bad day at work. When Rivera pours his heart out —“It’s not you, it’s me” — believe it! You want him to live to fight another day. This isn’t a band that wastes time; “Crooked” is a short, sharp, shock of a number, clocking in at one minute and eight seconds. Tracks like “Fetid Delights” and “Anticestry” are equally blistering.

They do throw you a few curveballs. “Let the Wrong One Out” starts out quietly, with an almost whispery vocal, and a positive message of support (“You are A-OK … super great”), before the barreling guitars kick in. “Dental Records” is a slower number with somber lyrics; those records are being used to identify a dead body.

“It’s Reigning Men” (great title, by the way) is a sly number that seems to move into an anti-authoritarian poke at the song’s end. And speaking of great titles, one has to mention “Dropping Shitloads of Truthbombs Into a Swirling Pool of Knowledge,” a swirling maelstrom of a number itself, in which you can hear Rivera apparently losing his voice.

This is a band of great passion. The closing track, “Doing Great! Never Better!,” a plea to not be left alone, is sweet in its vulnerability. It also belies Rivera’s declaration “I don’t know if I care” in the sprightly-titled “All Choices End in Death.” Nonsense. Anyone who sings with such intensity has to care. If you like powerful, pummeling rock, check out this album. And don’t overlook the lyrics.

(Check out How Long Have I Been On Fire? below via Bandcamp. and get more info about Gaytheist HERE.)