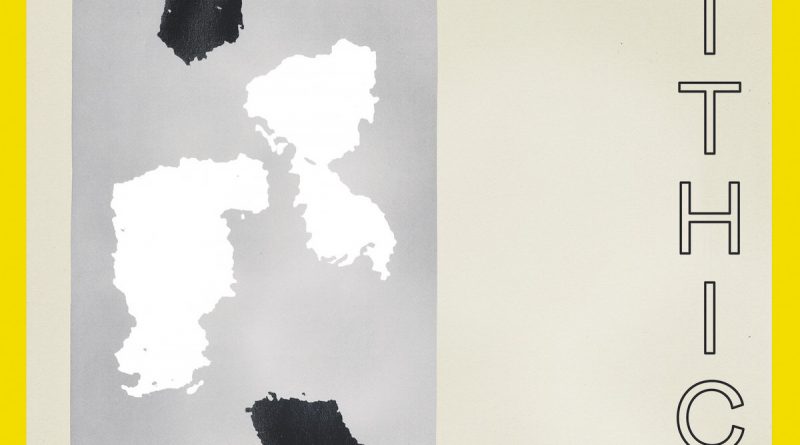 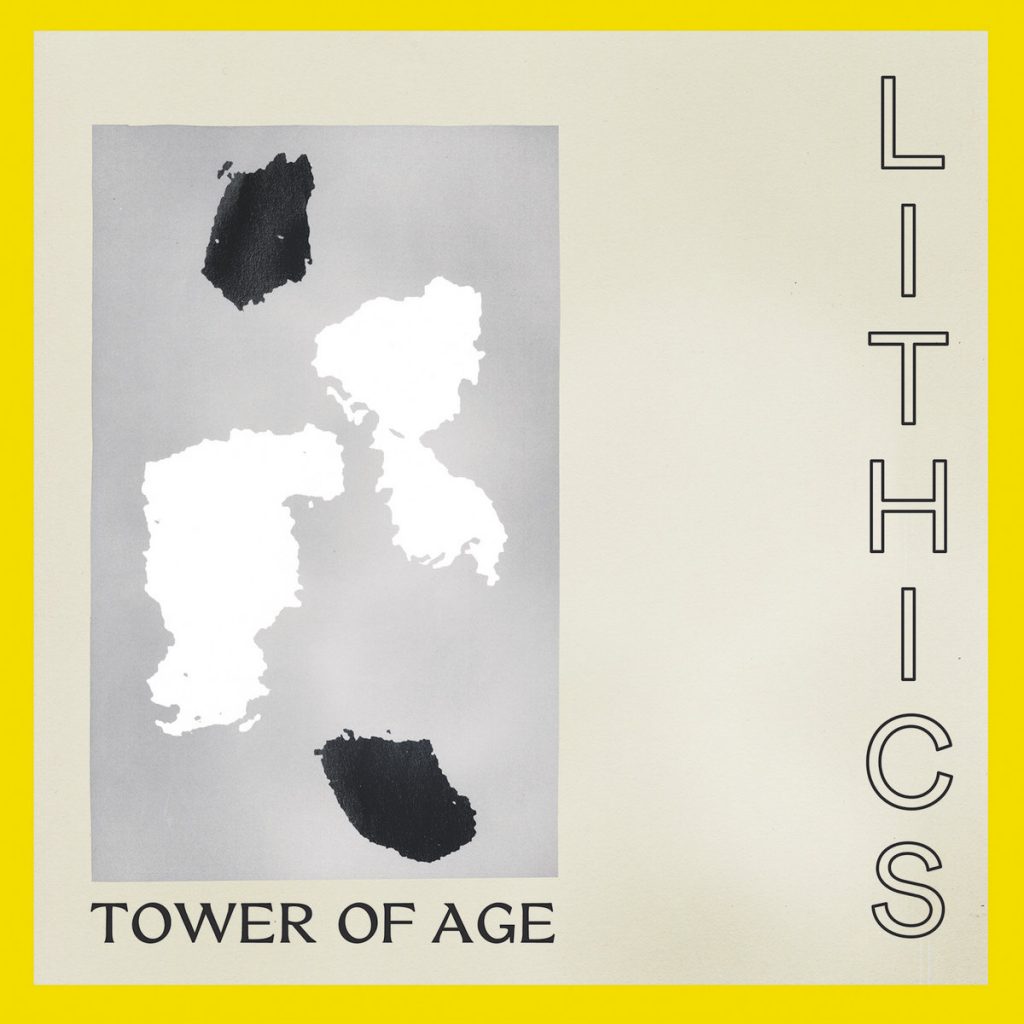 With a steady diet of twin, near aerodynamic guitar lines, “Hands” boosts an arty, dead pan smirk, while the easy thrust on “Beat Fall” experiments between the concrete cracks of Hornor and Crumley’s monochromatic interplay. Its explosive, Delta 5-like proportions are seamed by the prophetic rhythm of Desaulnier and Hickson. Later, sneaky guitar driven slogan, “Twisting Vine” snakes like a synth-less version of Stereolab at 15 rpms.

Interlaced round Tower of Age, are bits of oozed geometry, like the off the cuff warm up sounds from “A Highly Textured Ceiling” and the minimal, spoken word/tape looped table set of “Snake Tattoo.” Like much of LITHICS’ work, “An Island” skirts the unnecessary parts. Guitars honk and clang texture and exclamation without marinade. Sprinkled seasonings, however, supply Side B with zest and art school hubris. “Victim’s Jacket” is peppery and distorted as the band (plus Jon Grothman’s bass clarinet gusto) never appears rushed or channeling a conquered expression or menu item. The effervescent title track spews up like Mentos in Diet Coke. Sinewy riffs and propulsive drumming provide vast open views yet fully unexpected turns.

Percussive and bordering asymmetric, “The Symptom” chugs in uncertainty like an out of coal locomotive, offering a new way to lay track while tunneling deep into the psyche. Well titled, “Mice In The Night” scatters and nibbles as Hickson’s rim clicks create the flurry of rodents zipping toward food. The crash of cymbals and flexed background noise over the final minute suggests a larger than life trap preventing any mouse related feasts.

The final two songs dictate scratchy musique concrète. “Half Dormancy” ebbs above sped up tape and scrappy, lean guitars to open a sizable hole in your best wall. Album ender “Cricket Song Through Open Window” scraps adjacent to this experimentation. Squelchy and not needing a landing place, LITHICS dissolve the installation.

(Check out Tower of Age below via Bandcamp)