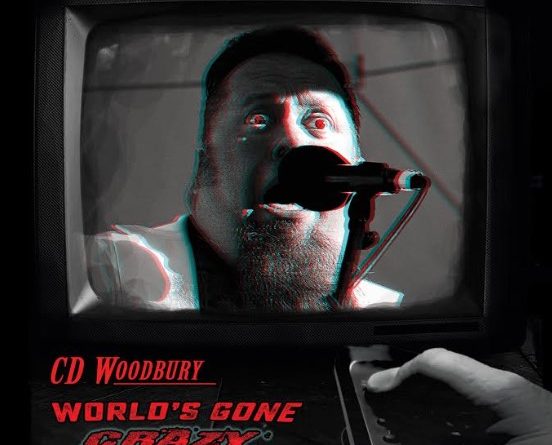 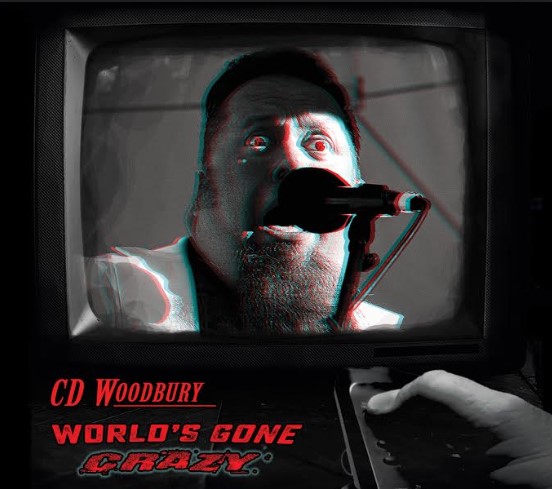 In 2014 guitarist CD Woodbury and his band were named “Kings of Beale Street,“ at Jerry Lee Lewis‘ café and honky-tonk In Memphis during the group’s first appearance at the International Blues Challenge. The group has been a finalist (indie CD) and twice a semifinalist band, while representing the South Sound Blues Assoc and the Seattle-based Washington Blues Society. Capitalizing on the momentum from their 2020 appearance and a successful crowdfunding campaign Woodbury brought the band into the vaunted Robert Lang Studios in Seattle to record his sophomore release as a band leader, World’s Gone Crazy, which is set for a summer release. The 11 time “Best of the Blues,“ award winner has a strong following in the Northwest and a reputation as a bona-fide guitar-slinger and dynamic performer, while the album also marks a personal victory as his career was nearly cut short due to personal health issues and wrist surgery in 2018. The undaunted blues man returns with fire on a 13-track recording that is representative of the bands barnstorming live show.

The first half of World’s Gone Crazy is a set of eight well-crafted original songs followed by artful arrangements of select cover songs. Woodbury’s skills as a guitarist is of course on display but also his sardonic wit and evocative storytelling. Each of the bandmembers also have a moment to shine throughout the collection, with the muscular rhythm section of journeyman drummer Don Montana and explosive bass player Patrick McDanel laying a firm foundation, while multi-instrumentalist Mike Marinig colors the landscape on keyboards, saxophone and vocals. The quartet delivers a full dose of high energy Blues, Rock and Soul.

A striking four part acapella chorus welcomes us into the opening track “Follow The River Home, “and flows into a rousing slide guitar fueled hill stomp. The slinky swinger “Walk Around Music,” has Woodbury pontificating on how sweet soul music inspired him to “move his big ole body around.” The rocking tango, “I Didn’t Know,“ finds him lamenting bitter betrayal with sharp saxophone jabs from Marinig emphasizing his points. The classic twelve bar form is stretched a bit on the sentimental “Emerald City Blues.” Woodbury recounts his escapades on Beale Street during “Memphis Heat,” with each member getting a hot little solo over the Soul Stew rhythm. The title track eases in with spooky slide guitar howling before settling into a swampy groove and topical reflection on how a working man survives in these troubled times. Montana kicks off the rumbling boogie “South Of South Hill, “that features a tasty bass solo from McDanel. Woodbury does his best Fats Waller for the colorfully droll narrative on dieting “Can’t Eat That Stuff No More, “while the band plays the blues. The party shifts to “give the drummer some,” as Montana takes over lead vocals for a romp through the Chess Records standard “Wang Dang Doodle,” followed by lazy Chicago shuffle “Last Go Round.“

Woodbury puts his own spin on the slinky tune “Adaline,“ written by fellow northwest bluesman and International Blues Challenge champion Kevin Andrew Sutton. Every guitarist who claims the Seattle area as home is only worth his salt if he learns a Jimi Hendrix tune or two. Woodbury puts his stamp on Jimi‘s first hit “Hey Joe,” and generously hands the first solo Marinig and his saxophone before blazing his way out of the 7 1/2 minute epic romp. Joe Louis Walker wrote the political tirade “Preacher And The President“ during the 1998 impeachment proceedings, all CD Woodbury and his band had to do is pump up the volume and push the tempo for their rocking album closer, with the words still ringing true today.

CD Woodbury and his Kings of Beale Street make a regal statement with the 2020 release World’s Gone Crazy, delivering a set that takes us from Saturday night to Sunday morning.

(World’s Gone Crazy is set for a July 24th release date and you can get more info about the band HERE.)