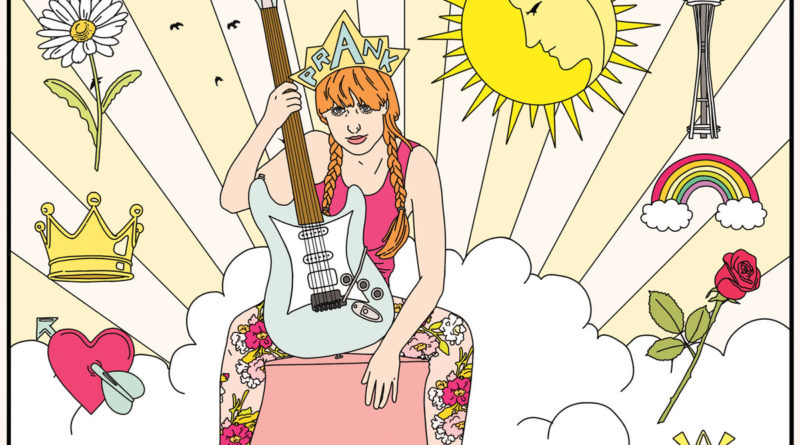 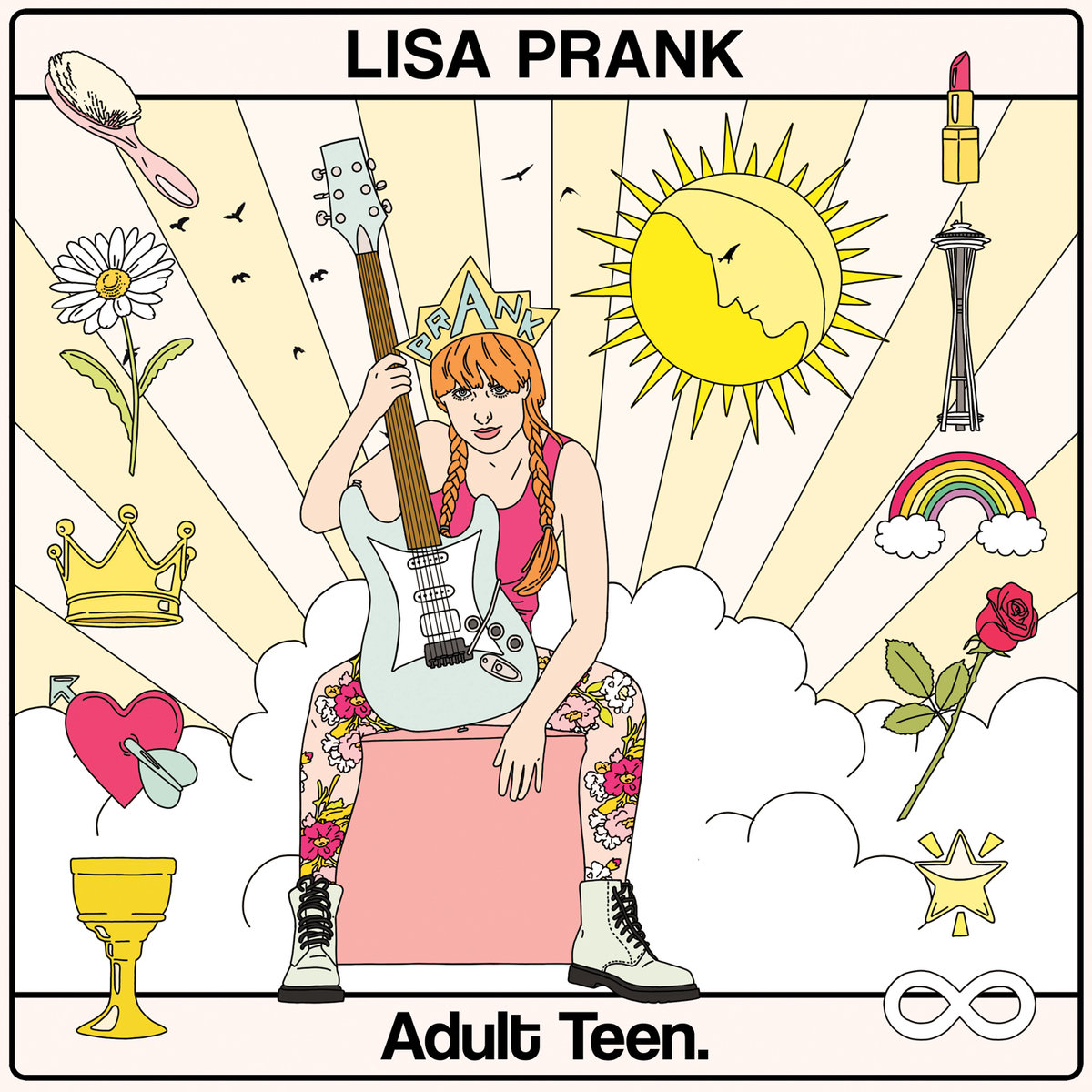 In a world full of TMI, Lisa Prank – the solo project of one Robin Edwards – makes oversharing a very good idea. Described as “Trapper Keeper pop punk,” Prank’s debut full-length was released on June 25th on Father/Daughter Records. The album, which repurposes four tracks from her 2014 cassette Crush on The World, features Edwards on electric guitar and a Roland MC-505 drum machine. She also calls on a few friends, including Bree McKenna and Emily Nokes of Tacocat, Julia Shapiro of Chastity Belt, and Andrew Sullivan and Ian Dugas of The Trashies.

The record kicks off with the punchy “Started Again” in which Edwards sings, “I swear I don’t still miss you/I just started again…” in ode to the fallibility of not being able to let go of a former love. The endearingly honest lyricism manages to make a catchy connection while the instrumentation reflects the 90s pop-punk flair of bands like Blink 182 and New Found Glory. Only this time, with a feminist, queer nod that leans towards overtly saccharine.

Only one track on the record hits the 3-minute mark, and barely at that. These are classically constructed punk songs with modern melodies, kept short, sweet, cathartic. Shapiro’s guitar solo on “Heart 2 Heart” is so swingy and cute it’s hard not to dance around your kitchen. The avoidance of real-life in favor of real love, “This city looks so nice/I’m never going back to real life/so won’t you tell me your pretty lies?” is instantly relatable.

Throughout the album, feelings jump from intensely lovesick to triumphant unicorn goodness, mirroring, say, actual life and relationships. It’s a record that should have come about 20 years ago, to make waves in the patriarchal universe of radio-friendly of pop-punk, and feels like it fell right out of the Clueless soundtrack. Yet, it feels incredibly modern in its execution, and raw in its production.

On the re-purposed “Baby, Let Me Write Yr Lines,” the lyrical slaying of expectation, “At first I thought that you were shy/I dreamed of all the ways yr words would blow my mind/But I am finding out/the reason nothing’s in your mouth is/Your long hair hides a waste of time…” is so on-point that you want to both sympathize and cheer her on. And that, in itself, is the golden touch. On “Turn it Up” the album takes a quieter turn, with simple guitars and a crashing tambourine, as it investigates how to hold feelings at bay. “Keep hoping growing up isn’t growing numb.” Don’t we all? Dive into the perfectly-named Adult Teen to make a connection, let it all out, or cry alone in your room. All of which are 100% okay.