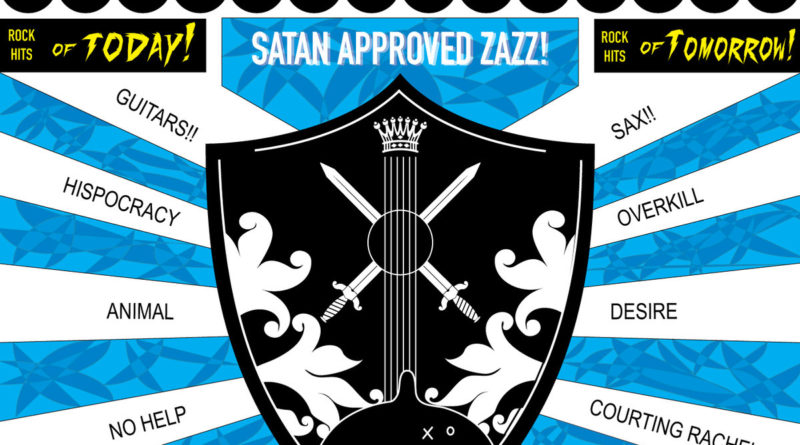 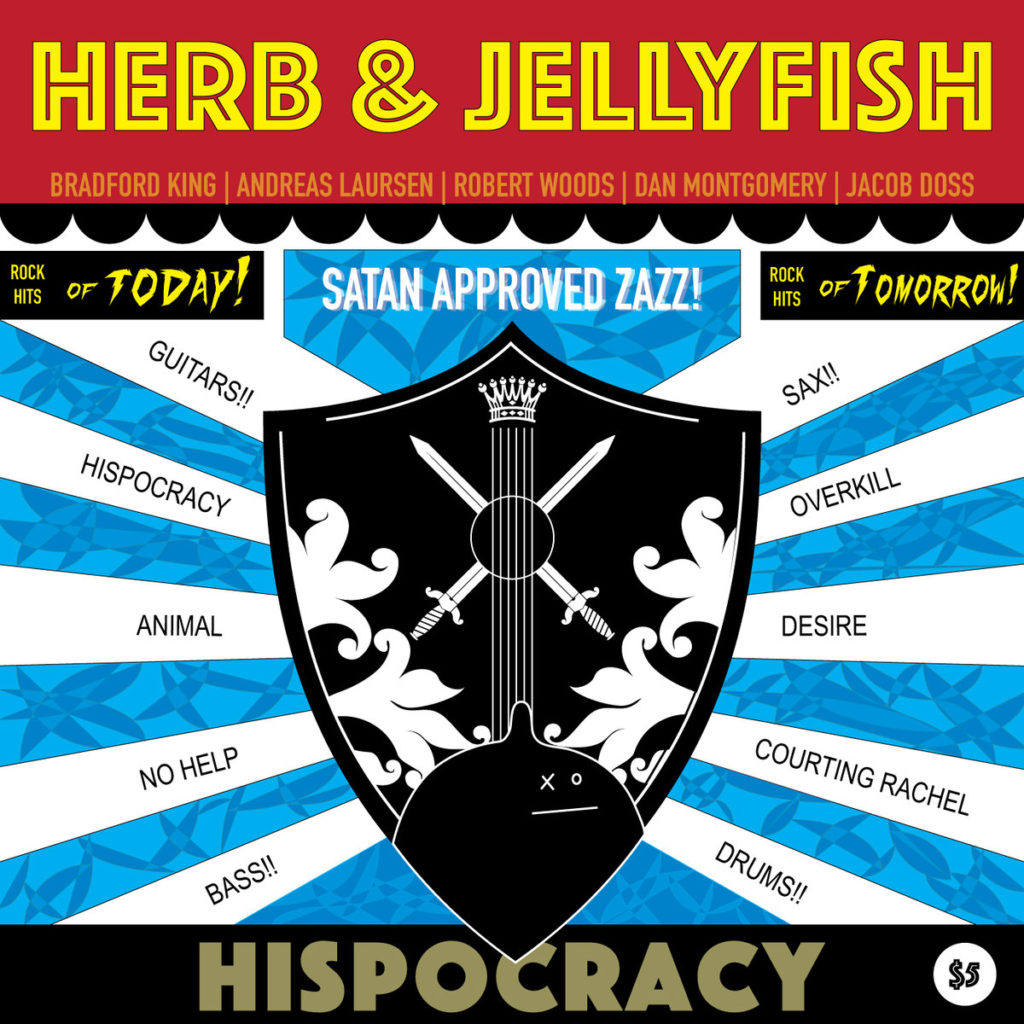 Although Seattle rock band Herb & Jellyfish officially formed in 2016, it’s easy to see that this five-piece is no stranger to making music. Ever since 2011 when frontman Bradford King started his first band, King and the others have all been experimenting and playing in other projects and groups. Now, their last year of work has come together in the form of an EP, which was released on May 1st, 2017. Mastered by Ed Brooks at Resonant Mastering and engineered by Jason Lackie at Fastback Studios, Herb & Jellyfish’s first EP entitled Hispocracy isn’t one that you’ll want to miss.

When one thinks of a rock band, it’s common to picture wailing guitars, fast and powerful drum beats, and clever, thumping bass lines. Hispocracy encaptures all of these basic elements and more throughout their EP, with the unexpected addition of a prominent saxophone part to spice things up. The riffs and solos, which are all played by King, add to Herb & Jellyfish’s unique sound.

What else does Hispocracy have to offer besides the occasional saxophone melody? For one thing, it’s important to note that Herb & Jellyfish is far from your average rock band. The emotion expressed in each of the six songs on the EP assures that all of the smart, descriptive lyrics are personal, and are delivered with an interesting mix of rasp and vibrato.

Along with their profound lyrics, the musical merit that these five possess is off the charts. Each instrumental track behind King’s vocals is different and memorable in its own way. From the airy, dreamy guitar riff on the first track, “Courting Rachel,” to the haunting piano chords played at the beginning and end of “Animal,” their diversity as musicians is shown off all throughout Hispocracy.

Herb & Jellyfish’s tagline is “A Seattle rock band,” but through their Hispocracy EP, it’s clear to see that they are much more than that. This band is not afraid to take risks, and the incredible work that they have produced with this EP is definitely worth checking out.

(You can listen to Hispocracy below via Bandcamp and get more info about Herb & Jellyfish on Facebook HERE.)