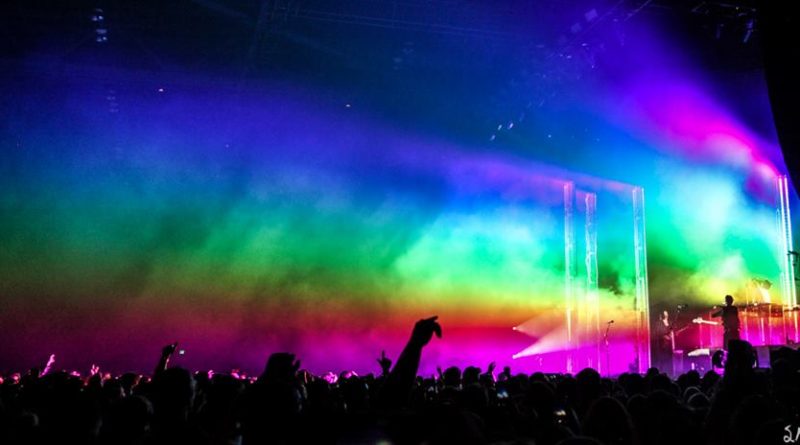 The long awaited night for The xx fans was finally here after almost five years of waiting for their third record, I See You. The band who took a little break after their Coexist album returned even stronger, receiving much praise for their new material. The sold out WAMU theater gathered adrenalized fans that were ready to immerse themselves in their favorite tunes. 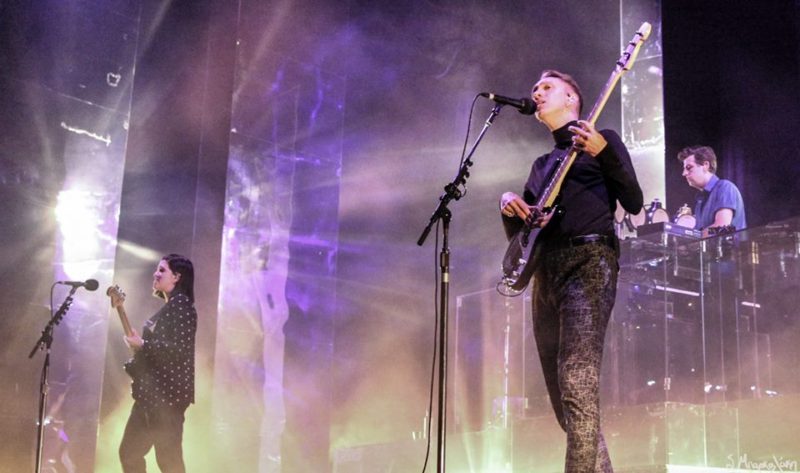 The trio stepped onto the large stage smiling shyly back at their audience. Singer/Guitarist Romy Madley Croft stood on the left side, singer/bassist Oliver Sim stood to the right, and beats/MPC producer Jamie Smith was in the raised middle setup behind them. The stage was surrounded by large mirrored pillars, which rotated throughout the show reflecting light on them creating a very distinctive visual. The set began with “Say Something Loving,” followed with their breakout hit “Crystalized,” and “Islands.” Croft and Sim either rotated lead vocals or took turns during songs, something the band is distinguishably known for. Smith orchestrated everything that had to do with the sound on his end and it was nothing short of amazing. The way his creativity ties so well with the mood and identity of the project is so vital, especially in their third album. 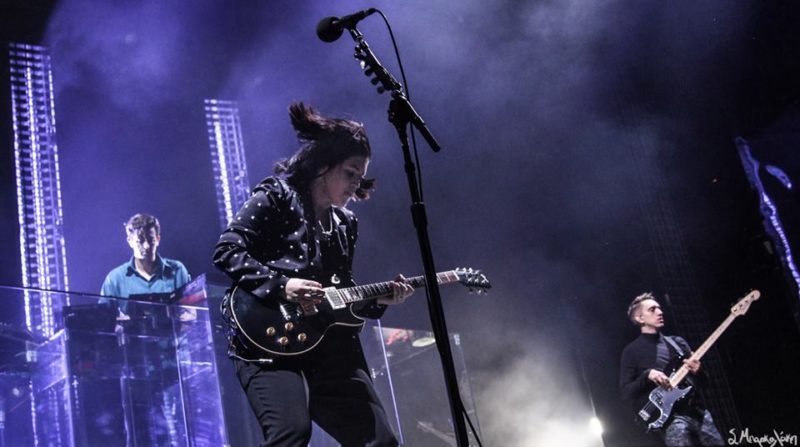 Their latest record emphasizes their artistic growth becoming more uplifting but still remaining true to their identifiable sound. Smith’s remixing of different samples and beats brought the feeling of vigor to the band while Croft and Sim’s writing tied in perfectly. Croft shared that while they were making I See You they took a road trip along the West Coast and that Seattle was their first stop as they really like the city. Though most of the night had the crowd dancing around one of the highlights was Croft playing “Performance” all alone with just her guitar. Sim came out after the emotional song and gave her a kiss on the cheek before continuing the set. The best way to describe the mood of the show is a melancholic party fueled by heartfelt words and multiple music layers. 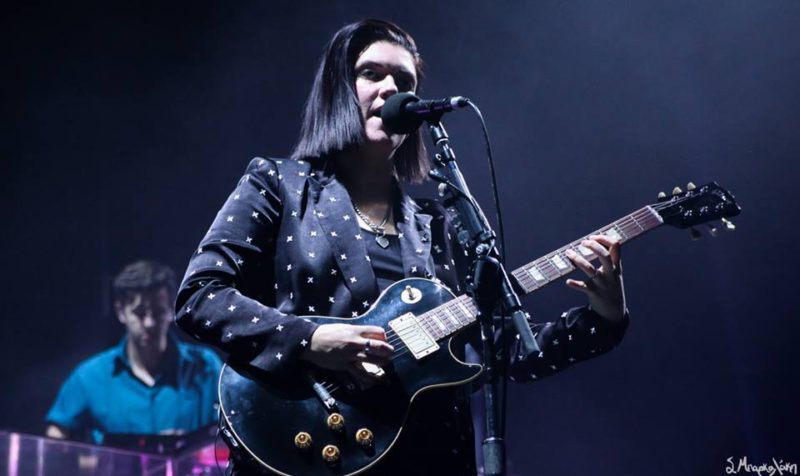 The main set ended with a cover of Smith’s “Loud Places” off his solo record In Colour, which featured Croft. The band exited the stage as the tune played on and Smith returned alone for the start of the encore. He mixed into “On Hold” and the two others returned to continue the set. The dancing went on with “Intro” as the soothing guitar riffs were embedded in our minds. Croft stopped before the last song and thanked all the fans, mentioning the first show they played in Seattle about eight years ago at Neumos. How nervous they were just starting to tour and how unbelievable it was to be where they are now. The night ended with Croft’s lead in “Angels” and the whole room stood silent as she softly uttered the words “Being as in love with you as I am, being as in love, love, love.”