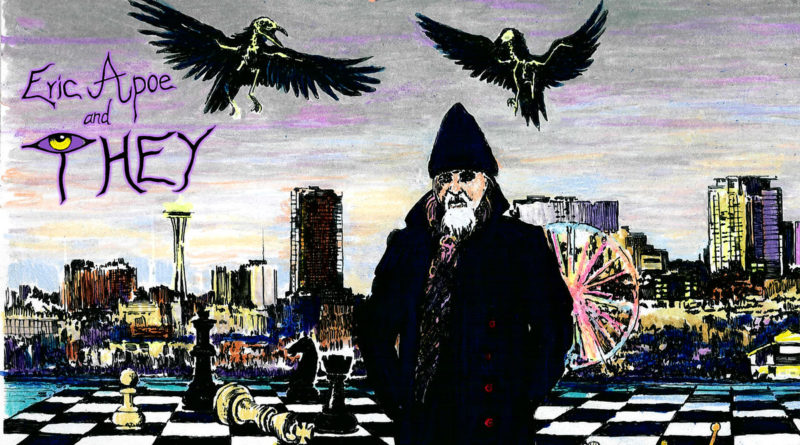 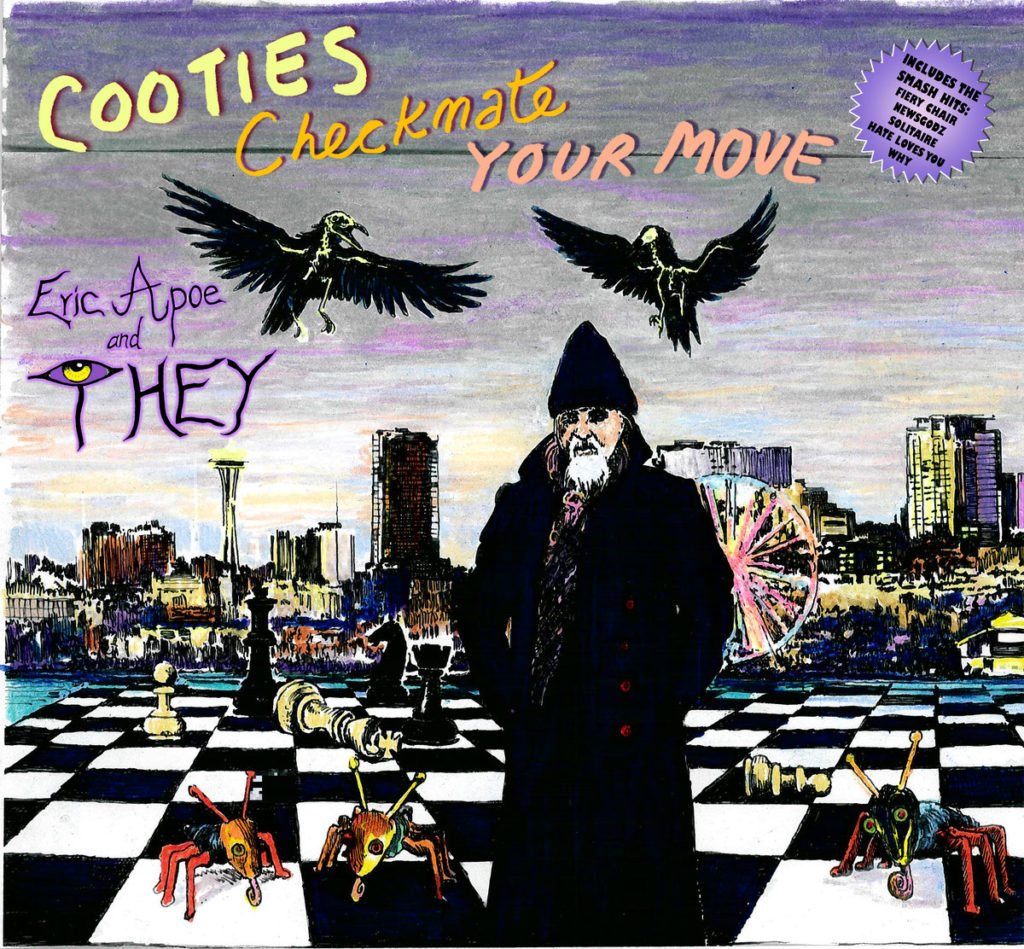 Seattle is home to Sub Pop, and Soundgarden and is considered a bastion of alternative music, but few are as experimental and boundary pushing as the self-proclaimed active member of the Asylum of the Musically Insane, singer-songwriter and multi-instrumentalist Eric Apoe. His new album, Cooties or Checkmate Your Move, is his seventh full-length in his over-twenty-year history of leading a loose ensemble of likeminded, on- and off-the-grid, Seattle musicians known as THEY. The album is a full 18 tracks that range from sorted tales of love and loss to political rants, psychological epiphanies and sentimental sing-alongs, all revolving around Apoe’s keenly off-center vocal style.

Part one of the title track opens the affair with a Dr. Seuss horror movie theme song that goes straight into the Dr. Demento show radio hour. Thankfully the mood softens ever so slightly as Milly Raccoon sings along with Apoe on the lilting country murder ballad “Fiery Chair.” Sweet viola from Joanna Hood and accordion from Hugh Sutton bolster Apoe’s pleading gravel on the waltz “Solitaire,” while Apoe and producer/music partner Steve Peterson take a crack on indie pop for a sub-three-minute adventure titled “Why,” a very appropriate title indeed. The Yiddish-flavored acoustic lament “Ima Sheli Koret” finally draws you in to the heart of his soul as Apoe sings in remembrance of his mother. The standout track of this mixed bag of tunes is the Byrds-styled “Mercy City,” with John Hanford on chiming guitars over a straightforward folk rock groove.

Damien Aitken echoes the sorrowful vocal poetry with his saxophone on “Tears Of Destiny,” as Apoe turns in his best Tom Waits. The loss of art of the music saw raises the level of satire for the minuet of doom, “Hare Loves You.” Annie O’Neill duets with him on the fine Celtic-influenced “Harlequin Farewell,” while the drama starts to rise on the poignant political observance “The Money Field.” On the rocking rant “Newsgodz,” Apoe demonstrates that he has studied how to turn a lyric to speak to the evils of our time – akin to Dylan and Lennon. Apoe draws an instant comparison to Leonard Cohen during the smokey slow-burner “Blue,” sounding like it’s bubbling up from the bottom of a glass of Cognac at a Parisian café table. The old chestnut from Casablanca “As Time Goes By” closes out the collection as an affectionate farewell kiss blown on the wind, with a wink and smile.

(Released via Soundtrack Blvd Music, Cooties or Checkmate Your Move is available for purchase via Bandcamp HERE. Watch the music video for “Ima Sheli Koret” below.)