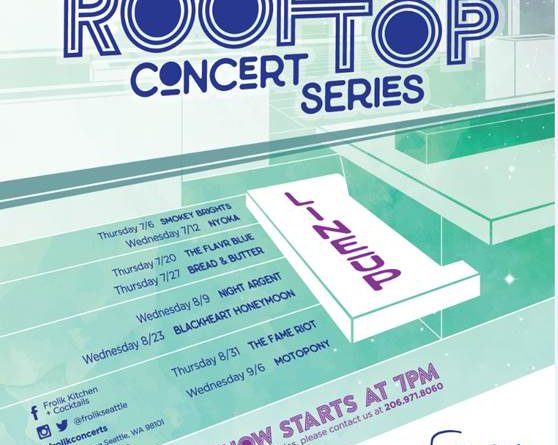 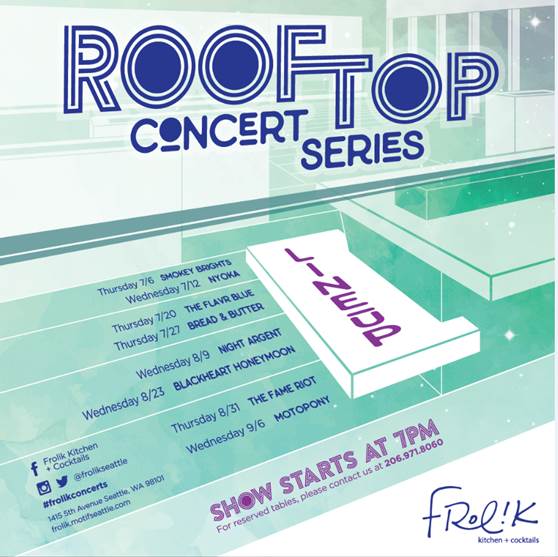 With summer approaching that means new and exciting opportunities for rooftop experiences, including Motif Seattle’s Summer Concert Series at Motif Seattle. Aside from the scenery, attendees can expect performances from a good handful of Seattle’s most relevant and up-and-coming artists and musicians, including The Flavr Blue, Night Argent, The Fame Riot, Motopony, Bread & Butter and more. Of all the concert series that take place in Seattle during the summer season, Motif Seattle’s concert series touts quality cocktails and dishes filled with distinctive Pacific Northwest flair as supplementary selling points to their concert lineup.

The concert series will kick off on Thursday, July 6th, and will continue through the summer. With a lineup of events taking place all summer long, guests and locals alike can revel in live music during Motif’s Summer Concert Series while perched high above the bustling city streets. Frolik Kitchen + Cocktails, downtown Seattle’s largest outdoor rooftop, also boasts scenic views, fireplaces, shuffleboard and more.

More information about the concert series and Motif Seattle are available at motifseattle.com.