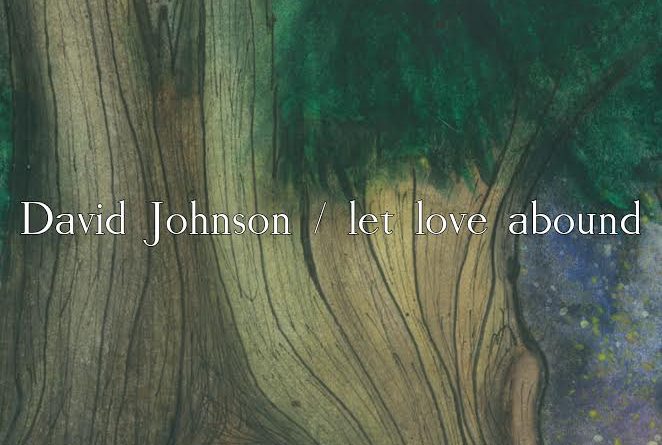 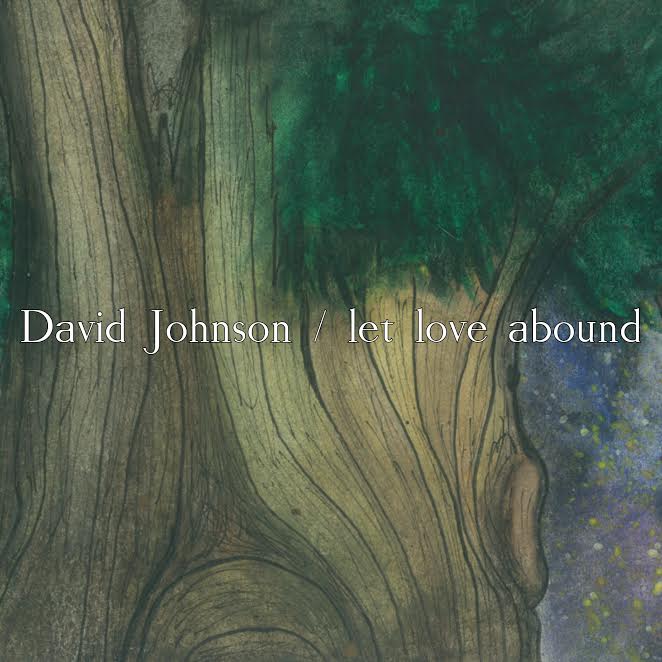 On his new CD Let Love Abound, northwest native David Johnson tips his hand in the first song, “Strange Little Pearl” with the lyrics “…drag my heart up and down the fret board.”  And so it begins with Johnson opening his head and pouring his thoughts and experiences into stories set to lovely music.

Let Love Abound, Johnson’s third album so far, was released in September 2016, with his independent status being no surprise, because I doubt most labels would see the value of Johnson’s lyrical stylings. That said, there is value in songs that tell the tale without pretension or embroidery, which is what is offered here; a singer/songwriter’s free-thinking personal journey, raw and unabridged.

Musically, the line-up on this release is top shelf with Spencer Carlson, Ninjanun, Phil Hirschi, Ryan Henry Ward, Ray Coughlin, Paul Jenkins, and Michael Kundu all playing roles in creating this album. Ninjanun is featured on “Supercede the Satellites,” but I was surprised to learn all the other harmonies on the disc were Johnson’s voice. His choices were interesting in that regard and added depth to the music which some might characterize as edgy folk, but personally, I think of it as more as hipster new age folk. I can’t explain that to you. You’ll just have to find out for yourself.

The subjects covered in this 13-song collection are odd, funny, sad, and tell the listener a lot about the complex being that is David Johnson. It was recorded at Egg Studios, produced by Conrad Uno, and really is Johnson’s best work yet.

(Let Love Abound is available for purchase digitally via the David Johnson website HERE. You can stream “Let Love Abound” below.)