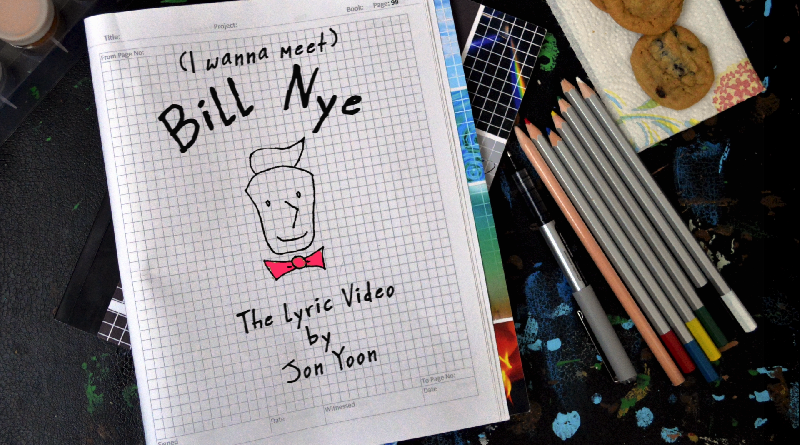 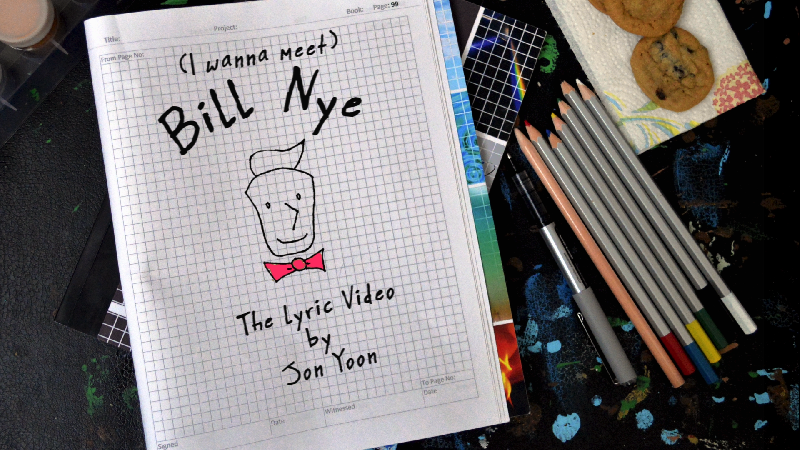 The poppy, upbeat, ukulele-driven song was sparked a couple of years ago, but recently came into fruition with the addition of some incredibly talented people on the production end of things. The song was produced, engineered, and mastered by David Patrick Miner of Chartreuse Muffin Studio. The video production & digital animation was done by Amanda Drewniak of Ardor Creative Media while Ken Christensen of Kenjamin Art & Design provided the source illustrations. The look and feel of the video represent as if a student had been doodling in their notebook at their desk. Not only do the variety of characters come alive ranging from Bill Nye to Neil deGrasse Tyson to Michio Kaku, but so does the creative story which features a girl who loves science.

I chose a girl as the one wanting to meet Bill because I felt that it would be cool to have a girl represented and it would be a tip of the hat to all the girls who are interested in STEM (Science, Technology, Engineering, Math). – Jon Yoon

(Check out the official single & lyric video for “(I Wanna Meet) Bill Nye” below, buy the song HERE via Bandcamp and get more info about Jon Yoon on Facebook HERE.)