Ladies and gentlemen, hello and welcome back to Northwest Music Month, where all throughout the month of June 2016, we’ve been turning you onto one worthwhile local band a day, to help forecast a summer where local music rules all. As Northwest Music Month comes to a close, with only two coming days left in the segment, we’re becoming more and more excited to be announcing in just two days our plans for our big year-end segment, which will blow all of you away. But in the meantime, we’ll stick to turning you onto great local bands, and today we’ve got a special one for you: Echo Texture! 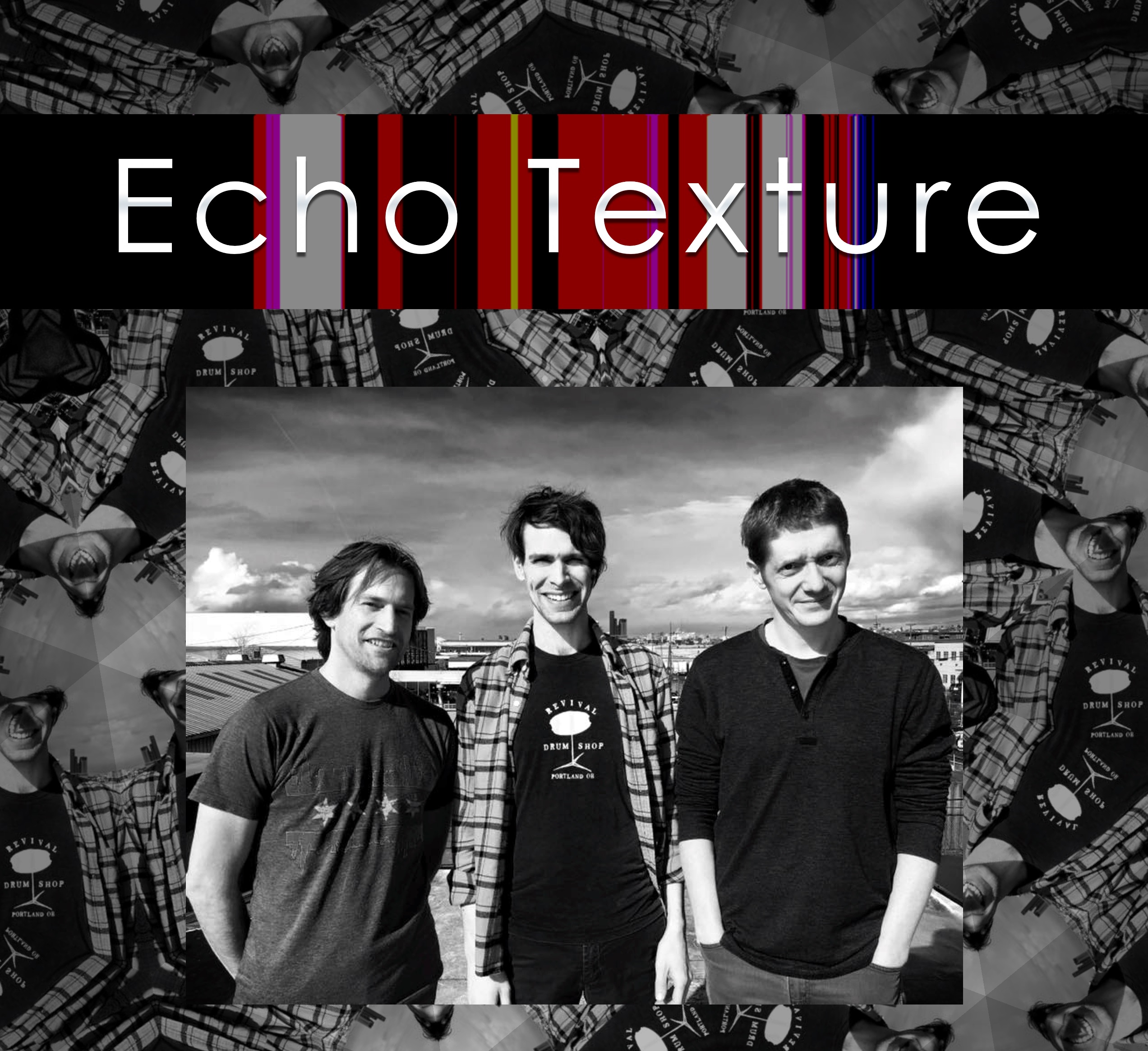 Formed in Seattle in the waning days of 2014, the three-piece Echo Texture are an up-and-coming alternative rock outfit with an almost encyclopedic grasp of their genre of choice. With Jalal Andre, Julian Ledgerwood, and Stuart Taylor behind the wheels, these guys have the sort of mix of influences that would make other local alt-rock bands’ mouths water. All throughout Echo Texture’s output, you can pick up influences from some of the harder names in peak-era shoegaze, most notably Ride — evident in their distorted, but mid-paced and jangly guitar leads. These punchy and dingy guitar tones are topped with passionate and soaring vocals, which sometimes can be heard with a grainy distortion filter over them, which can sometimes put them in a similar vein to down-and-dirty garage rock.

The Falling Ceiling EP was Echo Texture’s first introduction to the local music scene, and it was a much-welcomed hello. The EP excelled at putting the trio on the map, with five songs of catchy, well-realized instrumental and vocal melodies, and loads of variety. Going into any song on this EP, you aren’t sure if what you’re going to hear is going to be loud and abrasive, softer and more introspective, or a stick-in-your-head alt-rock party. This sort of structural diversity can also be found in the teaser tracks leading up to their debut full-length LP, Inter-Sting, which is projected for a September 2016 release. The songs put forward ahead of this LP’s release have rocked, they’ve amazed, and they’ve laid the foundation for what promises to be a damn good full-length introduction to Echo Texture.

Contemporary alt-rock tends to be hit or miss, capturing the sound and recording style of the genre’s past, while ignoring the ferocity and the all-or-nothing drive that went into those early greats. Echo Texture are a perfect middle-ground, being inspired by a lot of early alt-rock legends, but still managing to come through with a sound that you aren’t getting from many others in their style, and also being talented and admirable songwriters.

You can follow Echo Texture on Facebook, Twitter, Reverbnation, SoundCloud, and more. Listen to “Natural Fun” off Inter-Sting below. Echo Texture are planning on releasing the LP in its entirety at the 7th annual Earfest on September 17th in SoDo. More information about that event should be available in the coming days.