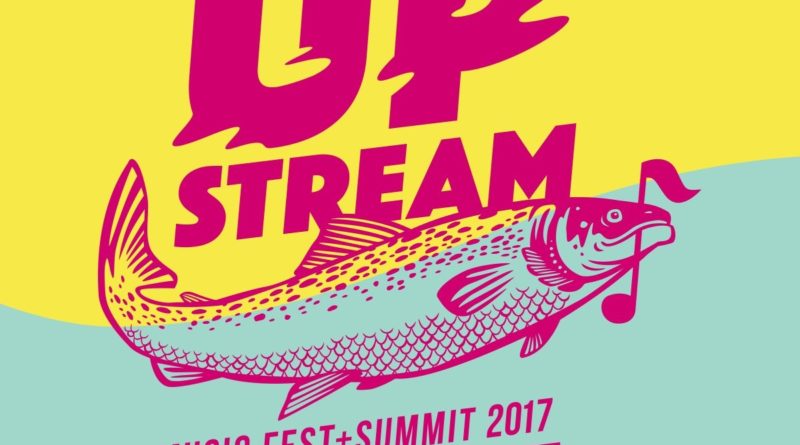 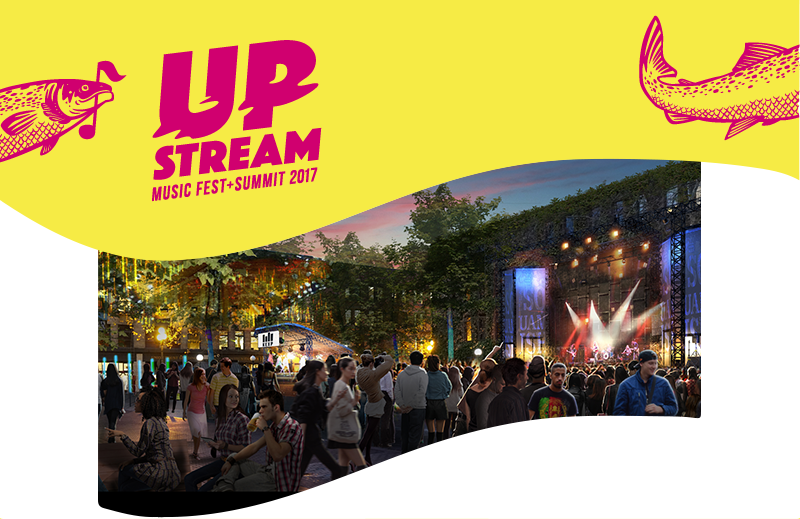 With Upstream Music Fest just a mere 205 days away (yes, we are counting down), the time is upon the highly ambitious enterprise to start looking at bands. The brand new festival, which was announced to both excitement and reservations in the form of fingers crossed, boasts that there will be 200+ performers in 25 venues, so while there’s a lot of opportunity for local musicians, it’s also a ton of work to get this right — and after talking to Upstream’s curator Meli Darby, they are dead serious about getting it right.

Darby has been a huge local music fan throughout the years as the talent buyer for The Crocodile, and she stresses the importance of getting the right mixture of talent. She says there are no real specific rules in place that they need follow, so as long as bands submit in the format that Upstream has presented, they’ll all be looked at. “We will be reviewing every submission that comes through,” Darby promised when asked about what the festival’s curators will be looking for. “My assistants’ jobs are to go through that, and it’s our opportunity to discover new talent that’s happening in the region.”

It’s clear from our conversation that all genres will be represented (when discussing artists that are flag-bearers for our local music scene, everyone from Sol to Thunderpussy to ODESZA were cited), and while making it clear that discovery of worthwhile local talent attendees may not yet be familiar with is the emphasis of Upstream Music Fest, Darby stresses the importance of networking and professionalism in the local scene. “It’s important that you put in work. Folks that have never played a show before that have just played a coffee shop? Unlikely; but the biggest thing is to put yourself out there and get comfortable doing that and keeping people updated.”

“A big thing too is, yes, you’re submitting with the intention of being considered to play the festival, and that’s the exciting thing, but beyond that, this is about us having the opportunity to create a network, a very diverse and broad network of northwest artists. Our goal is to be doing programming and looking for opportunities and looking for tools and other resources to be sharing with our network of musicians throughout the year, so this isn’t just about the four days, the May 11th through the 13th, this is about the bigger picture. We want to be a resource of continuing to empower artists to focus on themselves and to grow, and that’s what we’re going for. We’ll continue to do that with programming year-round and they’ll see it come to light at the festival.”

“We really want to encourage musicians to invest in themselves lively and just do the work.”

In our local scene, however, there are some bands that might be serious about their artistic output, but don’t look at their musical careers as jobs that they wish to pursue full-time. I asked Meli if the festival will be bringing in weekend warriors as well, or only bands that are very serious about their careers. “I think that ranges all over the place,” She explained. “[When talking about ’emerging talent’] we’re talking about artists that have put in the work and are focusing on their brand; they are perfect examples of northwest artists that have been utilizing these tools and resources that are available, and these are the artists that could be playing 100-capacity venues, all the way up to – I still consider artists that are selling out 1,000- to 3,000-capacity venues, they’re still emerging. They’re putting in the work, they’re polished, and they’re ambassadors for our city. I think that’s important, because there’s no just being put on, we really want to encourage musicians to invest in themselves lively and just do the work.”

“You have to work in this industry, and that’s really important for us in the implementation of what we’re doing that we’re staying true to the real-life music industry and the way things work here in Seattle. We’re looking for people who are experienced. It’s important that people know how to put out a quality product and how to put themselves out there, because we want to make sure that the people we put out there are people that are well-rehearsed and will put on a great show. ”

On the topic of the festival’s music discovery bent, Darby detailed the thought process behind keeping the festival about spotlighting underground music, while also booking enough known talent to get people interested in seeing certain showcases. “There’s that balance between finding those new, hidden gems, breaking artists, and finding artists that are established enough that people are familiar with them. It’s important for – yes, it’s about music discovery, but also, we want people to recognize some of these bands. It’s important in that experience of being a fan that can identify with and be familiar with that artist that you can sing along and have that interactive experience.” 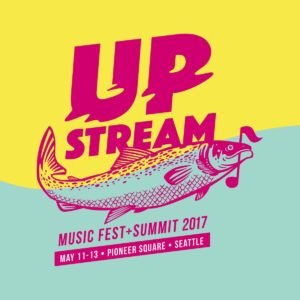 “As for what we’re looking for, I’m going to be working with quite a few bigger, “celebrity” curators, as well as local record labels, other promoters, other curators in the city, to help curate these showcases. I would say that we’re going to have a curator attached to most of what we’re doing – and that’s that sort of industry tie-in. It’s that balance between us curating and getting the folks that we know that people would be excited to see, and also finding opportunities for these newer, emerging talents to have these opportunities. I would say that there are no rules behind what we’re doing.”

Upstream Music Fest hopes to be a music festival that brings a wholly different approach to the done-to-death music festival. While more straightforward local festivals like the upcoming NadaFest have declared that “We are not having a music festival” in a tongue-in-cheek way due to the sheer glut of samey music festivals happening these days, those behind Upstream earnestly wish to bring new life to the world of live music and how it’s experienced in the format of a multi-artist festival. “We’re really looking forward to, beyond showcases, this being an experiential thing. We’re looking to find new ways to present artists, not just the standard “this stage, this audience” setup. We’re really trying to find some creative ways of doing that.”

I bluntly asked Meli if the bands will be getting paid and she replied with a reaffirming, “Yes.” She continues, “And the pay will be decent!”

Being around the scene for as long as she has, Meli is naturally going to have a few local favorites, and she hinted that some of them might make it onto what we expect to be a packed lineup. Without wishing to spoil any specifics regarding the lineup, Meli told me, “I’m a huge fan of music and especially regional music, so there’s a lot of stuff that I’m really excited about that I’m hoping we’re able to pull off.”

The team behind Upstream Music Fest aim to announce the lineup of the festival in the beginning of 2017. When asked how exciting the lineup’s promised surprises will be, Meli gave me the vague but promising answer, “Our intention is to program some pretty big and memorable experiences.” We can only imagine what this festival will deliver us when the calendar hits May 11th.

If you’re a musician or in a band that’s local to the Pacific Northwest and you would like to play the Upstream Music Fest, artist submissions are currently open, and will be until December 15th. To submit and find out more information on how to do so, go to upstreammusicfest.com/Fest/ArtistSubmission.aspx.